Recently I had a request for a scan of the old white frame Sigma Chi house at the corner of Wabash and Crawford. I pulled the file, scanned that picture and then several more and thought I would share them, just for fun today. 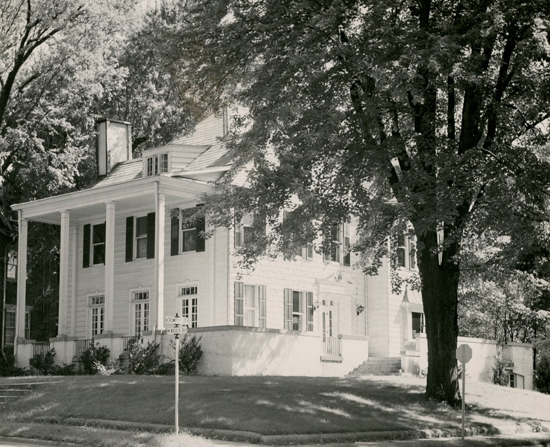 Here is the house that served the chapter from after World War II until the construction of the “new” house. An article in the Wabash Bulletin of December of 1947 gives us the details:

Prior to the purchase of this house, the chapter was housed in Kane House. Here is a picture of the house ready for Homecoming in 1922. 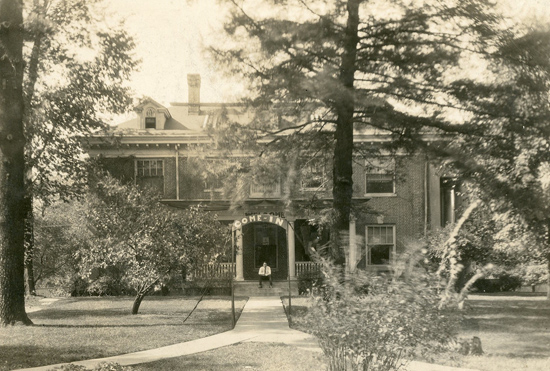 This is the east side of the house. Here is another shot from 1922. 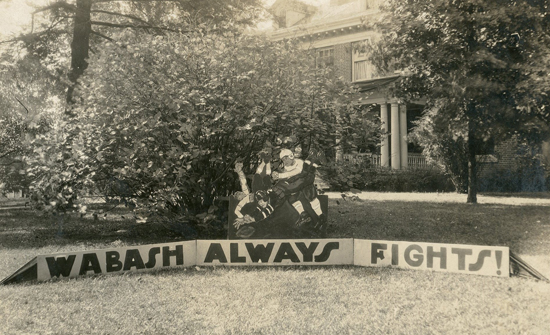 It has always been interesting to me that while the other fraternities purchased their homes and moved to campus, the Sigma Chis went into this house. To understand how this came about requires a little background.  Kane House was built so that the president of Wabash, at that time William P. Kane, would have a suitably grand house. When President Kane died in 1906 a Wabash man, Reverend George Lewes Mackintosh [W1884], became president. Doc Mack, as he was affectionately known, was a widower. He found Kane House too big and rather lonely.

When President Mackintosh took office, the Sigma Chis were inactive. In the Little Giant Sig of 1958 it is noted that the revival of the chapter in 1909 was largely due to President Mackintosh. Seems he was a charter member of the Sigma Chis at Wabash. So as the other fraternities left their downtown halls and secured houses, the Sigma Chis were offered Kane House. Here is a picture of one of the Sigma Chi halls downtown, as captured in a photo of the class of 1896. If you look closely at the windows you will see the Greek letters marking this as the hall of the Sigma Chis. This is the Fisher block on the southwest corner of Main and Green streets. The tower at the back right is the old Methodist church by the Lane Place. 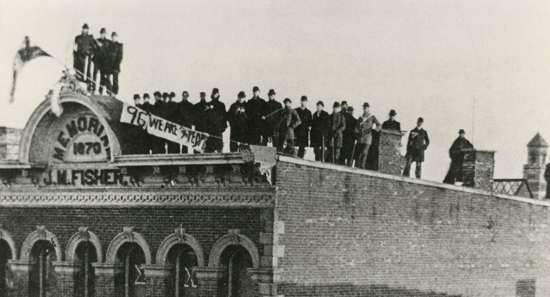 To finish our tour of Sigma Chi homes from the past, let us have a look at the architectural rendering of the next to last house which was printed in the December 1962 issue of the Wabash Bulletin.

A discussion of the proposed house from that issue of the Bulletin adds detail to the narrative:

Costing approximately $350,000, the new Sigma Chi house will occupy the fraternity’s        present lot at the corner of the Wabash Avenue and Crawford Street. Divided into three      units, the house will be a complete departure from the usual fraternity house design.            For instance, the social area is separated from the study area by a loggia – or dining              area. The kitchen area is also separated from the living-study area to provide maximum      soundproofing.

This house served the chapter for decades before the new house was built just down the street and the chapter moved into its lovely new home. After serving briefly as independent housing in 2007 the “modern” house of the 60s was demolished.

The new house stands tall on the far west side of campus. More change is coming as the new dormitory buildings will fill in that area to the south formerly occupied by small houses. In an area roughly the size of the Mall, Wabash will begin building new dormitories. The one thing that doesn’t change on campus is the drive for a “greater Wabash” and the Wabash men who step up to make that happen.