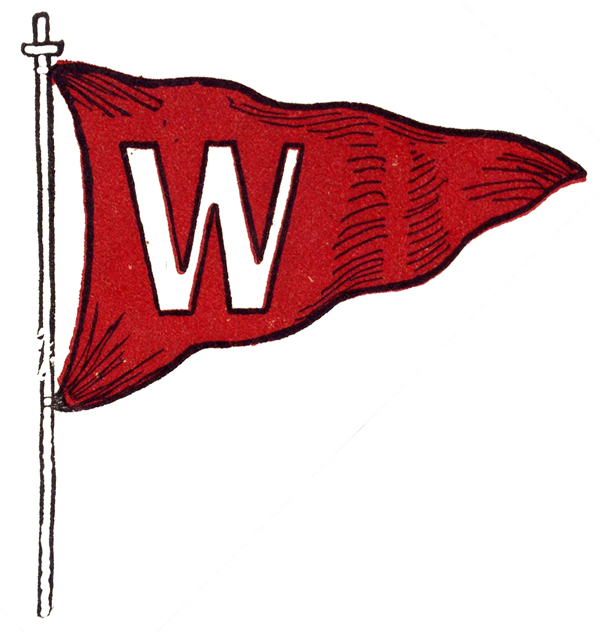 One of the things that I do as Archivist is to keep an eye out for notable dates in the life of the College. Anniversaries of big events are an important part of the duties here in the Archives. In 2007 we celebrated the 175th anniversary of the college. Center Hall turned 150 that year and just a couple of years later there was the 100th anniversary of the Bachelor. These events are important as they give us a chance to highlight a particular piece of Wabash history. This fall Wabash will be celebrating the 100th anniversary of the first time that Wabash held a Homecoming connected to a football game. Prior to this there had been reunions aplenty, but they were a part of commencement. Here is the story from the Bachelor of September 28, 1912 which announces the intention to hold a “Homecoming” the weekend of a home football game.

The date was set for November 9th, 1912 and the game was against Earlham. As I started researching homecoming and its many traditions, I also read a bit about homecoming at other places. In 1910 the University of Illinois held what is thought by many to be the first “Homecoming” event. This idea took root and grew across the nation and in two years Wabash men was working on their own event. From the little scraps I can find regarding this first venture into Homecoming, it was not an overwhelming success. There was some talk of trying this again in 1913, but nothing came of that. Not until after WWI did Wabash host a truly successful Homecoming year after year.

Jasper Asaph Cragwall is widely credited with reviving the tradition, a Homecoming complete with football, bonfire, freshman pledges, floats (that don’t float) and, from time to time, a “pee-rade” into the downtown. It has been a time when alums and friends of the college gather to celebrate Dear Old Wabash. A time when old friends gather, reminisce and share their stories of their time here.

Here is a photo of the 1912 football team that played for this first Homecoming. At the far left is Coach Harper, inventor of the forward pass who left Wabash for Notre Dame where he coached Knute Rockne. 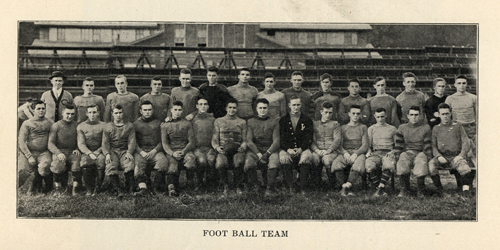 Homecoming for 2012 will be a great celebration with lots to do! Save the last weekend in September and don’t miss all the fun! The events start on Thursday with that great tradition Chapel Sing and continues through Saturday evening. For details and registration go to http://www.wabash.edu/alumni/homecoming.

Whether you come by plane, train or car…I hope to see you in the fall!