A friend to the sciences… 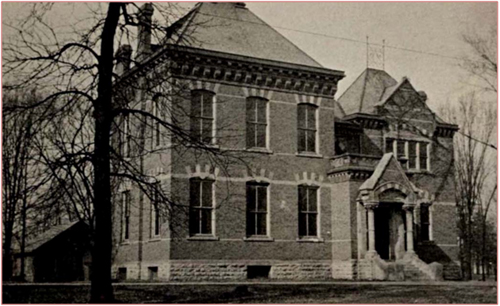 Peck Hall was the first building built specifically for the study of chemistry and physics. It was built where Hays Hall stands now. Peck was a gift from a generous benefactor with very close ties to the founders of Wabash. James and John Steele Thomson were two of the founders of Wabash, their younger brother Samuel Steele Thomson was in Caleb Mills’ first class, another brother was the Treasurer of the College for decades while yet another brother was a missionary to Syria and among the founders of the Syrian Presbyterian University – now the American University in Beirut.  The Thomson brothers loom quite large in the early history of the college. What is less well known is that in a family of seven boys there was but one girl; Mary Thomson who served Wabash well in her own way.

In 1840, just eight years after the founding of Wabash College, Mary Ann Thomson married Edwin Jesse Peck. Peck was born in 1806 in New Haven Connecticut and came to Indianapolis in 1833 to “take charge of the stone and brick construction in the new state capital.” From the competence Peck demonstrated on this and other projects he was offered a position on the Madison-Indianapolis Railroad as it was being built. Again through his competence, Peck came to the notice of Chauncey Rose, a businessman from Parke County. I should note that it is this Rose who endowed the Rose Polytechnic Institute (now Rose-Hulman) and together they built the Terre Haute-Indianapolis Railroad. Peck served as superintendent, treasurer and eventually as president of the railroad company. (Rose was also a generous donor to Wabash College –  a story for another day.)

In 1855, and by this time a very rich man, Edwin J. Peck was elected a Trustee of Wabash College. He served as a trustee for 21 years and upon his death left a sizeable bequest to Wabash.  In a resolution passed following his death in 1876, the other trustees noted, “Mr. Peck gave to the college the benefit of a cheerful and wise counsel —and besides counsel, he contributed largely to the financial necessities of the college while living…”   The trustees continued the resolution with this, “…in death remembered it [the college] in a munificent benefaction, at once his worthy monument and the supreme token of his regard for Wabash College.”  While living Peck had given $18,000 to Wabash and upon his death he gave stocks, bonds and cash amounting to an additional $118,000 – which was, at that time, the largest gift ever given to the college by one benefactor.

The Peck bequest endowed a professorship in chemistry as well as another in natural philosophy (physics) and astronomy. A part of the Peck funds were used to purchase books for the Peck Alcove in the new library in Center Hall. The remainder funded the construction of Peck Scientific Hall which building held the chemistry and natural philosophy departments. 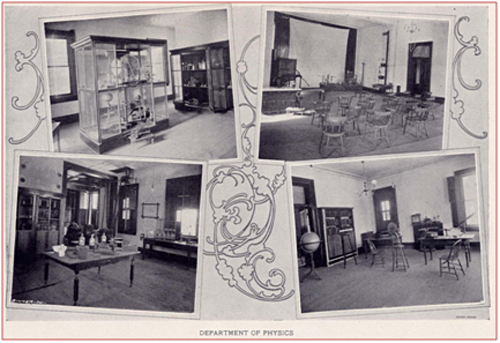 In this photograph scanned from the 1897 Viewbook we can see the physics classrooms, lecture hall and laboratories. In addition to the new building, a power plant was built which powered the physics equipment. 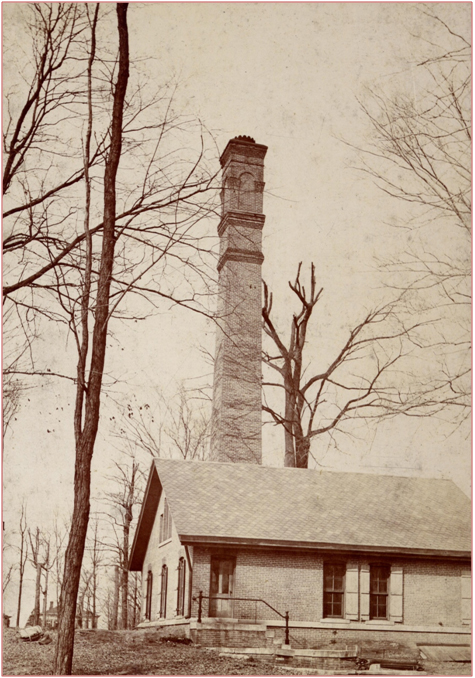 This is the power plant which was situated due west of Peck Hall on what is now the mall. I have read that it was about where the flag pole now stands. This photo really shows that the mall was the service area for the campus. In the 1920’s this plant was demolished and a new plant built near the football field. 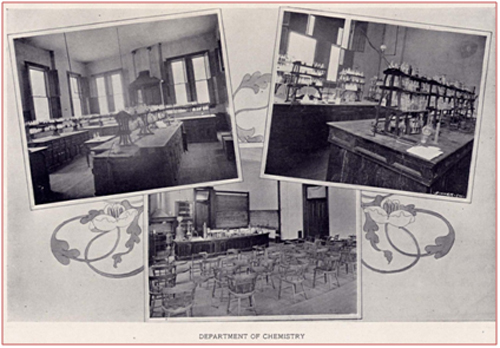 Peck Hall was furnished with the most modern equipment available for the study of chemistry and physics. In these photos we can see the new Chemistry department above. These facilities brought a new world of learning to the students; they also brought the first electric light to Crawfordsville.  I should also add that just as Center Hall and South Hall, Peck Hall was built with its front façade facing east. This brick building served generations of science students and was finally pulled down just after WWII for the construction of Waugh Hall.

Edwin Jesse Peck served Wabash well. Following the Civil War, he donated enough money to pay the professors a living wage. So as we think about the Thomson brothers and their contributions to Wabash in the early days, I also like to think of Mary Ann Thomson Peck – the only sister to an overachieving  bunch of brothers – and how she, through bringing her husband to an interest in the college, served Wabash as well.