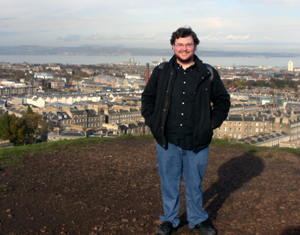 Tim Markey ’11 – Man, do I have a lot to write about! It’s been a very busy few weeks since my last post. I’ve been from York to Keswick, and Newcastle to Edinburgh. I’ve finished and gotten feedback on my first major writing assignment here at York, and I’ve had the chance to learn more about English culture and politics in relation to what I’m familiar with in America.

First, I have to try to describe my trip to the Lake District a couple weeks ago. It is one of the only mountainous areas in all of England (in fact, before this trip I had no idea England even had mountains). It has also perhaps the most beautiful scenery I have ever seen. The scattered mountains and hills, all covered with trees showing the various shades of autumn, form numerous deep valleys in which streams gather to form picturesque rivers and lakes. It was immediately apparent to me what made this place so inspirational to writers and poets like Beatrix Potter and William Wordsworth. The trip lasted the whole weekend and was completely organized by the IFSA-Butler staff, who did a wonderful job. My fellow “Yorkies” and I as well as other visiting out-of-London students had the opportunity to explore Keswick, nestled at the heart of the Lake District, as well as visit Hilltop Farm and Dove Cottage, the homes of Potter and Wordsworth. We also celebrated Halloween with a horror-themed “pub quiz.” 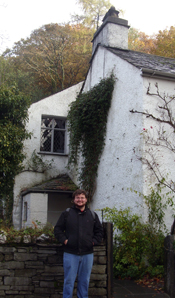 Last weekend I again left York, this time to see Edinburgh. While Edinburgh also has some beautiful scenery, my primary focus of this trip was its rich history. The Scottish Crown Jewels I saw at Edinburgh Castle are older than the English, having escaped the reach of Cromwell and survived nearly 500 years. I was also able to see the Stone of Scone, something I remember having missed at Westminster Abbey during my first trip to London (I had been unaware of the fact that it had been returned to Scotland a few years earlier). Edinburgh Castle and many other buildings in the city were first built around the time of William the Conqueror, almost 1000 years ago. Even older than this, though, was much of what I saw at the Museum of Scotland. This had the most impressive collection of ancient artifacts I’ve seen outside the British Museum, though I don’t remember seeing even there quite so many Roman artifacts. I must have taken a hundred pictures in there. Before I left the city I had the chance to see the tomb of David Hume, who in addition to being my favorite philosopher was the subject of the very first paper I wrote at Wabash. 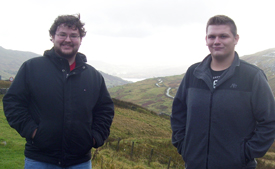 Besides all of this historical stuff, I’ve also been trying to keep up with the modern political situation here in Britain, which I find fascinating in comparison to what’s going on in America. While both countries are experiencing a dramatic resurgence of conservatism, the British political system lends itself to much swifter and dramatic change, and thus vulnerable to more extreme opposition. Groups all over England are protesting the new 25% budget cut, from socialists I’ve seen on campus to sermons I’ve heard delivered in the York Minster. Compare this to the American situation, which, due to our separation of powers, is far more mundane. The best the Republicans can hope to accomplish is a government stalemate for another two years. As a political science minor I knew the distinctions between these systems in theory, but it’s a much more enriching experience to see them in action.

Finally, as I’m writing this on a Friday I won’t know outcome of the big game —but in any case, let’s go Little Giants! When I get back to campus I can’t wait to see that Bell where I left it!