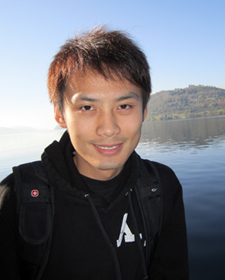 Will at Loch Ness

– I am currently studying abroad at University of Aberdeen in Scotland. Aberdeen is the third largest city in Scotland, with a population of approximately 210,400. It lies on the northern coast of UK which means it can be pretty cold and windy. The University is great. It teaches almost every subject one can think of, from CELTIC to MARINE AND COASTAL RESOURCE MANAGEMENT. One of my primary goals for studying abroad is to take the advantage of learning something I couldn’t at Wabash and the University of Aberdeen serves the goal perfectly. This semester I chose all upper-level Maths, Computer Science and even Engineering courses that sound interesting to me. This means that I will learn a lot. This also means that I will be constantly busy with my coursework and won’t be able to travel around that much.

However, I still managed to travel to some places in UK. My first destination was Loch Ness. The weather in Scotland can be annoying at times, but when the sky clears up everybody will be amazed at how beautiful Scotland really is. Luckily, my trip to Loch Ness was on such a day. After four hours of tiring bus trip, we finally arrived at the famous dwelling place of Nessie. Though the search for Nessie turned out to be unsuccessful, I enjoyed a day of tranquility at Loch Ness. 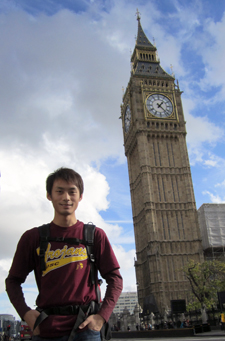 Liu in London with Big Ben in the background

My next trip was to England where I visited London, Oxford, Bristol, Stonehenge and Bath. London is a mixture of everything you can ever think of, culture, history, modernity, you name it. While at London, I visited Big Ben, Buckingham Palace, London Eye, Draw Bridge, Tate Modern Museum, British Museum and many other places. It reminds me of Beijing where the ancient and modern intertwine as well. Talking about Beijing, what I am happiest about this trip is that I got a great taste of London for four days. When I mention ‘taste’, I mean ‘taste’, literally. Probably because there is a good number of Chinese in London, there are many Chinese restaurants. By Chinese restaurants, I mean real authentic Chinese restaurants, not those which cook everything sweet and sauer. What makes it even more convenient is that London’s China Town is right in the city centre. It is always interesting to look at how one’s own culture is represented in another country, how it integrates with the local culture while retaining its own identity, and how it develops its own sub-culture. 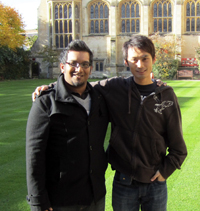 Coming back to the title of this blog, probably the most treasurable moments of this trip was my visit to alumnus Khondo Haider at Oxford. It is really surprising to see alumni everywhere in the world given that we are a small college. So far I have met alumni at Chicago, Los Angeles, Beijing and Oxford! Khondo greeted me like a Wabash Man and generously offered his bed to me. I spent two days with him strolling in Oxford and talking about the good old Wabash. It greatly encourages me to see Khondo making his way to Oxford along with student from big names like Harvard and Columbia. I’m so proud to be a Wabash Man.