This past week has somewhat trying. Malaga was rainy and surrounded by excessive train delays, schoolwork was difficult and abundant, and a bizarre run-in with a door has left my right middle finger virtually useless for the next several weeks.

So when the weekend finally came, I was more than ready to explore. I’ve certainly gotten to know the city of Valencia, and figured I’d take the time to share some of my knowledge with you now. 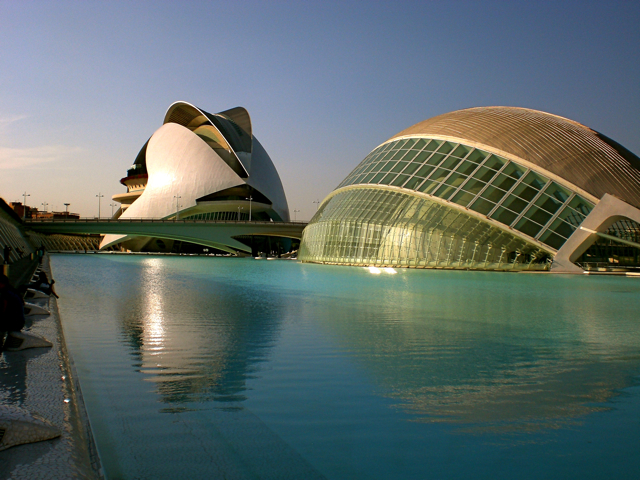 A futuristic world where art and science collide.

The postcard perfect Cuidad de Artes y Ciencias is just as amazing as it looks in the above picture. The surrounding parks make for a great jogging area, or just one of many places to watch the sun set. Reviews for the aquarium inside have been mixed, but the architecture is definitely work a quick walk past.

The Cuidad is at the end of the “Gardens of Turia.” Until a catastrophic flood in the 50s, Valencia had a large river flowing through its center. This river was redirected around the city, and the riverbed was filled with gardens, soccer fields, and fountains. For someone who enjoys a good walk through a bustling city, there could literally not be a better scenario. 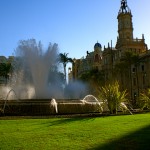 But the jewel of Valencia is la Plaza de Ayuntamiento—or the City Hall Square. A central fountain makes the perfect meeting place; the best restaurants, stores, and nightclubs are all a short walk away from the Plaza.

Perhaps my personal favorite daytime attraction of the city is the Santa Iglesia Catedral. It’s here that I spent the majority of Saturday—exploring the various chapels and Catholic relics and climbing the 207 steps to the top of the Micalet Tower for an unsurpassed view of the city. But most impressive, of course, was the Holy Grail. 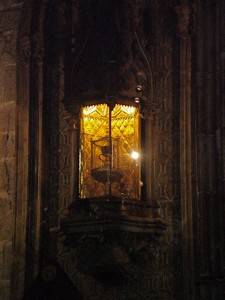 Yep, this weekend, I found the Holy Grail. No big deal. It’s a small alabaster cup with several (slightly gaudy) additions since the Last Supper. Turns out that the Holy Grail has been in Valencia since about 1,400 years after Christ’s death. The only other contender for the title is housed in Antioch, and is much more likely a lamp or “communal wine tank.” Regardless, it’s a fairly awe-inspiring, especially considering my affinity for Indiana Jones.

While my tour Saturday ended with the cathedral, Valencia’s tourist sights keep going through the Barrio Carmen, the older district of the city that’s home to all Valencian subcultures come nightfall.

There’s also the Plaza de la Virgen, which is home to the Tribunal de las Aguas, a Valencian court that’s been meeting for the past 1,000 years to resolve irrigation disputes. I’ve heard its a fascinating experience, but I have yet to attend due to classes. Speaking of classes, homework is waiting…

The upcoming week, while hardly Monon Bell week, looks to be an interesting one for me. Tonight, I’m meeting with a local Spanish student for some language practice, tomorrow with my lawyer internship and then a local Baptist to see about a Bible study. Thursday evening I take off for Seville where I’ll spend the weekend exploring yet another lovely Spanish city. Any gaps will be filled with a pleasant mixture of food, siestas, and homework. 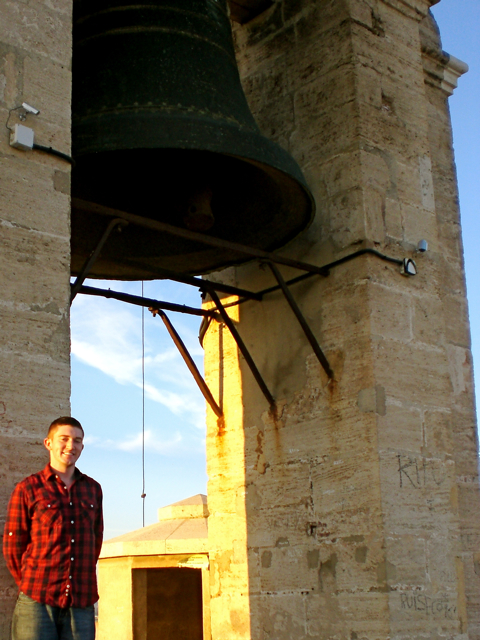 Have a glorious week and keep the bell safe!