The similarities between “extranjero” (foreigner) and “extraño” (strange) are becoming increasingly obvious. I am in a different world.

My voyage to Spain was appropriately bizarre. For a phenomenal €470, I obtained a spot on a Royal Dutch Airlines flight to Madrid. Announcements, magazines, and flight attendants were equal parts English and Dutch. To add to the Anglo-Saxon diversity, I was seated beside two Danish grandparents whose English was limited to “vater” and “danke you.” 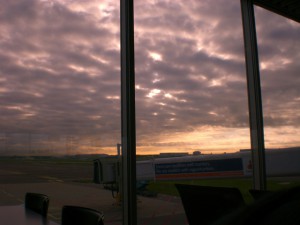 After a lengthy layover in Amsterdam, I came to Madrid, capital of Spain and home to 3.3 madrileños. I had booked a hostel that day in Chicago, so went on an epic quest across the city to find it. I did, and fell asleep promptly. Naturally, I slept through the two redundant alarms I had set, so I was forced to shower and eat rather quickly.

The people of Madrid were extraordinarily helpful on my trek to the bus station—from giving me change at the subway station to helping me find the correct route. One woman, Carla, even guided me to the right bus station. In the spirit of paying it forward, I helped a Spanish lady and her daughter decipher their bus tickets. So, despite the overcast skies of Madrid, I headed into Valencia with a sunny (albeit sleepy) disposition. 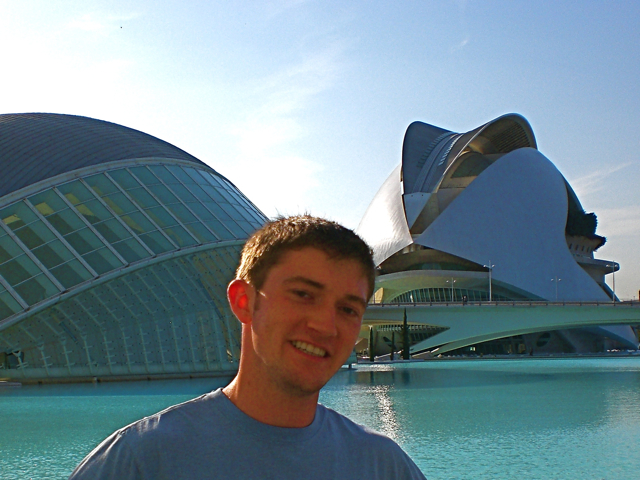 Upon arriving at Valencia, I placed a call to my host mother, Mery (she dislikes her given name: “Hilda”). This was my first phone conversation in complete Spanish, and I was still disoriented, so I interpreted her as saying “Meet me at the Cinca Roja.” The Finca Roja is a local landmark near the house for the taxi driver’s reference—as Calle Honrato Juan is a rather obscure side street.

After the taxi driver found the apartment in a small red book of maps, I spent my first 10 minutes in Spain fumbling with a padlock protecting my luggage from the ladrones known to frequent hostels…naturally, I locked the combination securely in the bag and promptly forgot it. And thus began my time in Spain.

Life here is hard to translate. Food, for one, is eaten at 8:45 (by early morning people like myself), lunch at 2:30 in the afternoon, and dinner around 9:30. Sidewalks start emptying around 1:00 for the cycle to begin again. The weather is phenomenal—right now it’s a sunny 82 with a gentle breeze (the beach is calling me).

It’s the little differences that make the experience. Milk doesn’t need to be refrigerate. Crying children make more of an “eeeeeeeeeee” sound than an “aaaaaaaaaaaaaaa” sound (school started yesterday; my pseudo-niece, Sarita, was not enthused). Iberico ham (in the States priced somewhere north of $50 a pound) is served regularly on epically proportioned sub sandwiches.

Perhaps the most strange thing about the trip so far is that I’m different. Political correctness doesn’t seem to have quite as strong hold in Spain (or, at least, not in the American sense), and people are accustomed to openly staring at anything they find interesting. It’s a slightly disconcerting feeling to sit on a bus where everyone is staring at you. 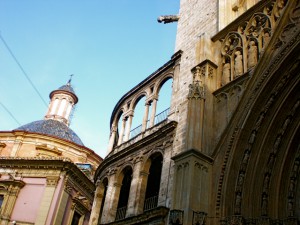 Of course, fundamentally, people are the same. I’ve certainly enjoyed the company of the few locals I’ve had the opportunity to meet, and enjoy discussing cultural differences with my widely travelled host family—Mery is Peruvian, and her children have all studied English abroad. So I’m well-situated to discover this new world.

I’ve already seen quite a bit of Valencia, from touring with friends to unintentional hikes (doesn’t help that street signs are in a local dialect, if present at all). There’s always more to do and see, so my ever-increasing knowledge of local spots should yield an interesting post later this year… but for the moment, I’m back to la vida española. Hasta luego! 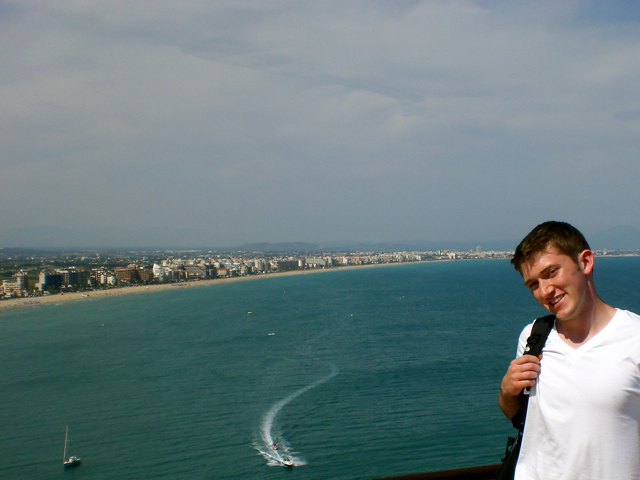