Well, my first trip in Barcelona was a great success. Thanks to a wonderful find by another study abroad student, we stayed relatively inexpensively in a nice villa a quick train ride from the city. With all you can eat meals for under 10 euros (including some of the best paella I’ve had to date), the No Worries villa was literally the perfect place to stay. The villa’s pick-up service lived up to its name too—after a Ryanair flight was delayed for nearly three hours, Paul picked us all up from the airport. [Subliminal message: if you plan to stay in Barcelona and you’re still appropriately aged for the hostel scene, stay at No Worries – Barcelona].

After a good night’s sleep, we hit the town. Led by yet another study abroad student, our group travelled las Ramblas, la Sangrada Familia, and walked all over the city (punctuated, of course, by tapas—Spanish midday snacking). 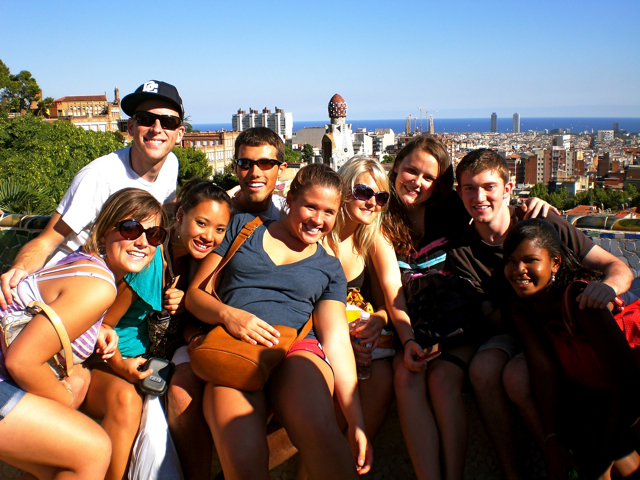 Most phenomenal to me was the “Güell Park,” Gaudí’s masterpiece in Barcelona. Amusingly devoid of symmetry, the park has a variety of colorful sculptures. I arrived back in Valencia completely tired but thoroughly enthused to continue viajando in Spain. Barcelona seems to me home of the slightly unbalanced and colorful, both in terms of street entertainers and architecture. Needless to say, I enjoyed myself immensely.

Last week at school was also enlightening. From a Buñuel film on power, feminism, and maturation to the moral complexities of Leopoldo Lugones’ “The Rain of Fire: Evocation of a Ghost from Gomorrah,” this past week has been intellectually enjoyable. It’s a pity that there’s such a high linguistic barrier preventing some of this stuff from entering into the new C&T. This week looks to be poetry and feminism… I love being in survey literature classes—variety and plenty of room for further reading.

With that same feeling of exploration, I visited Toledo this past weekend. Unbeknownst to us, Toledo was hosting the Ms. Spain beauty pageant, a convention for the deaf and dumb, and a Star Wars convention. 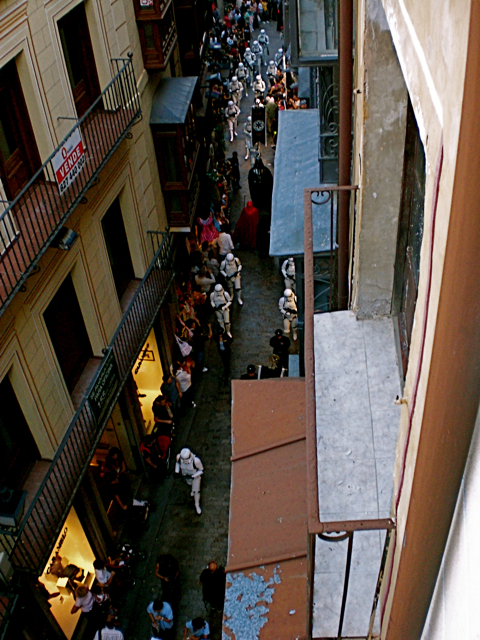 As a Junior in college, a Galactic invasion is the strangest thing that's woken me from a nap.

Toledo itself is a preciously unique city—full of winding streets, ancient buildings, and delectable pastry shops. In Toledo, our group met up with Wabash legend Michael Opieczonek ’09. Led by our whims and occasionally by a phenomenal guidebook (I’d recommend it, but it was in Polish), we walked, bused, and ate our way through Toledo. 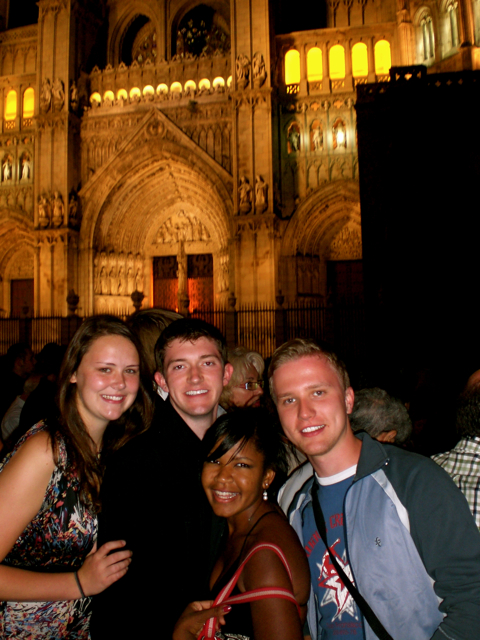 The city itself has seen three unique religious cultures—Catholic, Jewish, and Muslim. Even within the Cathedral, we saw a chapel covered in mosaic more evocative of a mosque than a Catholic chapel. The infusion of such a wide range of cultures into such a small, winding town has clearly produced some of the most iconic architecture in Spain. From attending mass to walking the streets, this city’s diverse and ancient culture pervades virtually every building and alley.

Our flight the next day left at eight in the evening, so we passed the afternoon in Madrid’s phenomenal Museo del Prado. In the four hours we spent in the museum, I feel like we probably saw half of what the galleries had to offer. I definitely will be returning to Madrid, and anticipate spending more time in el Prado.

Now I’m off to get my first haircut in Spain… good to see Wabash prevailed in Homecoming, and here’s to another fantastic week.