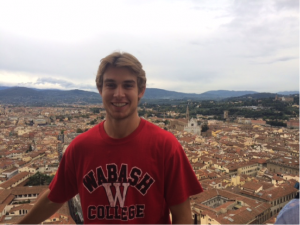 Before I ultimately decided to study abroad in Valencia, Spain, I looked over the course catalogue; the one class that stood out to me particularly was one titled, simply, ‘Picasso’. Based on the course description given on the program website, I was expecting to be taking a class solely about the life and works of Picasso, which on its own would have been very interesting. After being here, enrolled in this class for almost three months, the class and the content have exceeded my expectations and then some. In addition to learning about the life and works of Picasso, we have been learning about the different styles of art used by Picasso separately, ranging from Neoclassicism to Impressionism to Cubism, which has helped to give me a greater knowledge about art in general. I think it’s fair to say that I’ve learned more about art this semester than I had throughout my entire life before arriving in Valencia. In addition to all that I’ve learned in the classroom here, my studies have been complimented by traveling to multiple locations across Europe and visiting many famous art museums, all of which allowed me to apply what I had learned in my Picasso class to works of art which I had the opportunity to view. These opportunities to visit these places came as a direct result of the Givens Scholarship: a generous gift granted to me from the Givens family.

One of the countries in which I was able to see a good deal of western art was Italy. When I was in Italy, I visited Rome, Florence, and Venice. When I was in Rome, I had the opportunity to get a tour of the Vatican, which included the Vatican Museum and the Sistine Chapel. It was amazing to be able to see iconic works of art that I had seen many times in pictures but never thought I’d have the opportunity to see in person. When I went to Florence, I was able to see all four parts of the Piazza del Duomo, including one of the most iconic structures in the entire world, the Cathedral of Santa Maria del Fiore.

Since I’ve been in Spain, I’ve been able to see a good amount of art in both Valencia and in Madrid. In Valencia, I’ve been to the Museo de las Bellas Artes multiple times: twice with my professor and classmates for my Picasso class. I originally went to this museum with just myself and a couple of friends one weekend, but after that I went twice with my Picasso class. My professor was able to point out many things that I hadn’t taken note of on my first visit, from artistic symbols to the gradual change of styles from certain areas over time. Though my time in Madrid was very limited, I felt like I was able to accomplish a lot. I was able to visit the Royal Palace of Madrid, which was extremely interesting due to the widespread collection of the palace, varying from intricate tapestries to the world’s only collection of the instruments of a full Stradivarius quartet. Although the Royal Palace was incredible, in my opinion, the Prado art museum blew the Palace out of the water. It was almost overwhelming to be able to see so much of the world’s best art in the same location. I would constantly have to remind myself where exactly I was and what exactly I was looking at because there were hundreds of world-famous works of art all around me. Throughout all of the museum, I’d have to say that my favorite works were the Black Paintings by Francisco Goya. 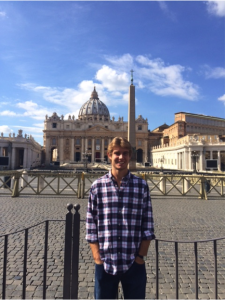 When I was in Amsterdam, I went to my favorite museum that I’ve ever been to: the Vincent Van Gogh Museum. Without my Picasso class in Valencia, I feel that I would not be able to appreciate this museum nearly as much as I did because we learned a good deal about many of the styles used by Van Gogh in his works. While learning about the styles in the classroom was essential to my enjoyment of the museum, being able to see some of the works in this museum and apply what I had learned when observing some of these works gave me whole new appreciation for art that I saw and for works that I will see in the future. Without the knowledge I gained in my class, a painting that I may have merely skimmed over during my pass through the museum before became a painting in which I’d observe and recognize the multiple artistic elements and truly appreciate. This trip to Amsterdam was one that very likely would not have been possible without the generous donation of the Givens family, and I am deeply grateful for this opportunity I received.