Wow. The past several weeks have been full.

Most obvious is the successful campaign for student body president. I spent a disproportionate amount of time on Facebook, sent out emails, and constantly had Wabash on my mind. I’m very grateful to Wallies for giving me this chance to help our school.

But this blog’s about Spain, so I’ll try to stay on task.

Two weeks ago, my language partner, María Minuesa García, informed me that Madrid Real and Barcelona would be playing and that she and some other Madrid fans could use a token American. She texted me Monday evening to meet her at 8:00 before watching the 9:15 game at a sports bar. I was busy across town, and showed up several minutes late. She relayed that the ideal bar was already full and that we’d need to find another. We were on the university side of the town, so there are more bars than bus stops. One bar, I noticed, was playing a cooking show while the bartender cleaned glasses alone. Every other bar was packed. We eventually found five seats in “The Electric Orange,” and my new friends slid slowly into depression as Real Madrid was destroyed by Barcelona (5-0). 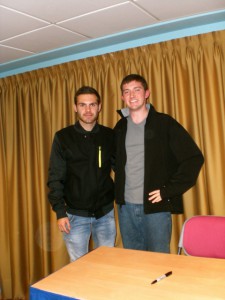 Juan Mata and an American

But my soccer education was not over. Juan Mata, a soccer player for Valencia CF and world champion, came to the UVA Valencia campus to chat with students. Unlike the majority of his interviews, his audience had virtually no previous knowledge of his achievements… when I mentioned in passing to a friend that I’d be talking with Mata, he literally leaped into the air and begged to come. He was the most educated fan in the room. Juan Mata spent the majority of his time explaining life as a celebrity… he can’t go out for a night on the town without four bodyguards, can’t shop without being harassed for an autograph, and has received a hand-carved wooden mask of his face. Ladies in the program were disappointed to hear that he had a girlfriend, and guys were intrigued that he thinks Switzerland produces the most attractive women (his girlfriend is not Swiss). All in all, he gave a very candid and open interview, and I was impressed by his sincerity and focus. I informed him that I write a blog that would propel him to fame, and he’s ecstatic.

Last Friday was the program talent show, so I naturally appeared twice… once doing an impression of my literature professor and another in a movie loosely adapted from Gabriel García Márquez’s Chronicle of a Death Foretold. It’s been a great semester with this fun group of students, and the slightly spontaneous and hilarious event proved representative of the semester.

Early the next morning, I left for Salamanca, one of the world’s oldest college towns. I met up with Shane Evans ’12, who’s been studying there since his epic trek across Europe. His host mom was kind enough to let me stay with him in Salamanca, and I enjoyed some mind-blowing tapas.

Early the next morning, we set out to explore Salamanca itself. Of all the sights we visited, I enjoyed the Catedral Vieja de Santa María the most… not only were we able to climb through the Cathedral’s winding staircases to explore the Gothic building, but we could get an amazing view of the city. 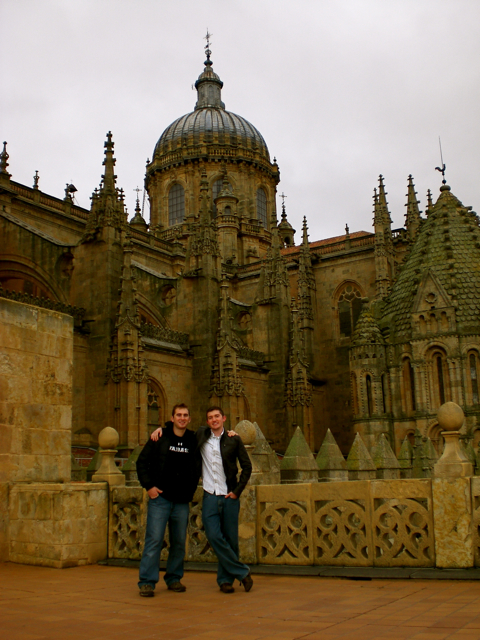 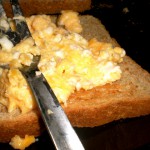 Completely exhausted already, I met up with two students from the UVA Program, Keaton Petro and Melissa Ngo, in Madrid. The day was full of waiting in museum lines and rain. Aside from the Reina Sofia, the highlight of the day was improvised eggs and toast at the hostel for dinner (yeah, I’m really missing my Logan Kemp omelets in Sparks every morning).

Tuesday we set out for Segovia, but failed to catch the AVE, and were forced to take the much slower train to the small city. We were shown around the city by Evan Bayless ’12. In addition to Disneyesque Alcázar de Segovia, we had the opportunity to watch Evan working in a metal artist’s shop (don’t worry; he’ll be posting sometime soon with more details). We all loved the city and returned to rainy Madrid thoroughly tired. 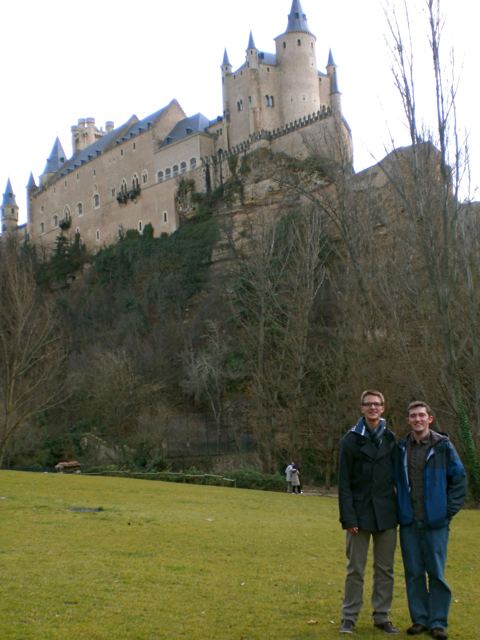 Evan and I after a hike in Segovia

The next day I spent the few hours before my flight back to Valencia in the Prado. While this was my third visit, I still managed to see new paintings—including quite a few Habsburg portraits. At the coming presentation of student research, look for my talk, where I’ll detail more about my independent study on the subject and how you can actually enjoy looking at portraits for hours. 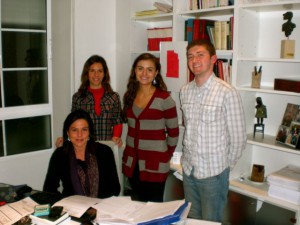 At the law firm of Ángela Coquillat Vicente

Today, I had the opportunity to skip class and attend a Spanish trial. A Bolivian man was accused of beating his wife after she left a bar, though he claimed that the men within the bar shoved his wife to the ground and proceeded to attack him. Unlike cases within the United States, when the wife denounced her initial police report and claim against her husband, the prosecutor continued the case. I found the whole process thoroughly intriguing, though his Latin American born wife also found the legal differences startling.

And this afternoon, I played around on “El Gigante Gulliver,” a park constructed in the form of Lemuel Gulliver tied down by Lilliputians. Only in Spain. 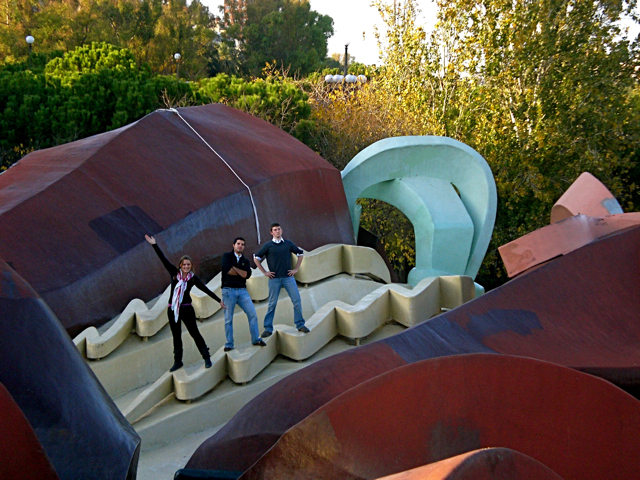 In the Gardens of Turia, standing on Gulliver's shirt

Now back to studying like crazy for finals. I can hardly believe I’m leaving next week.