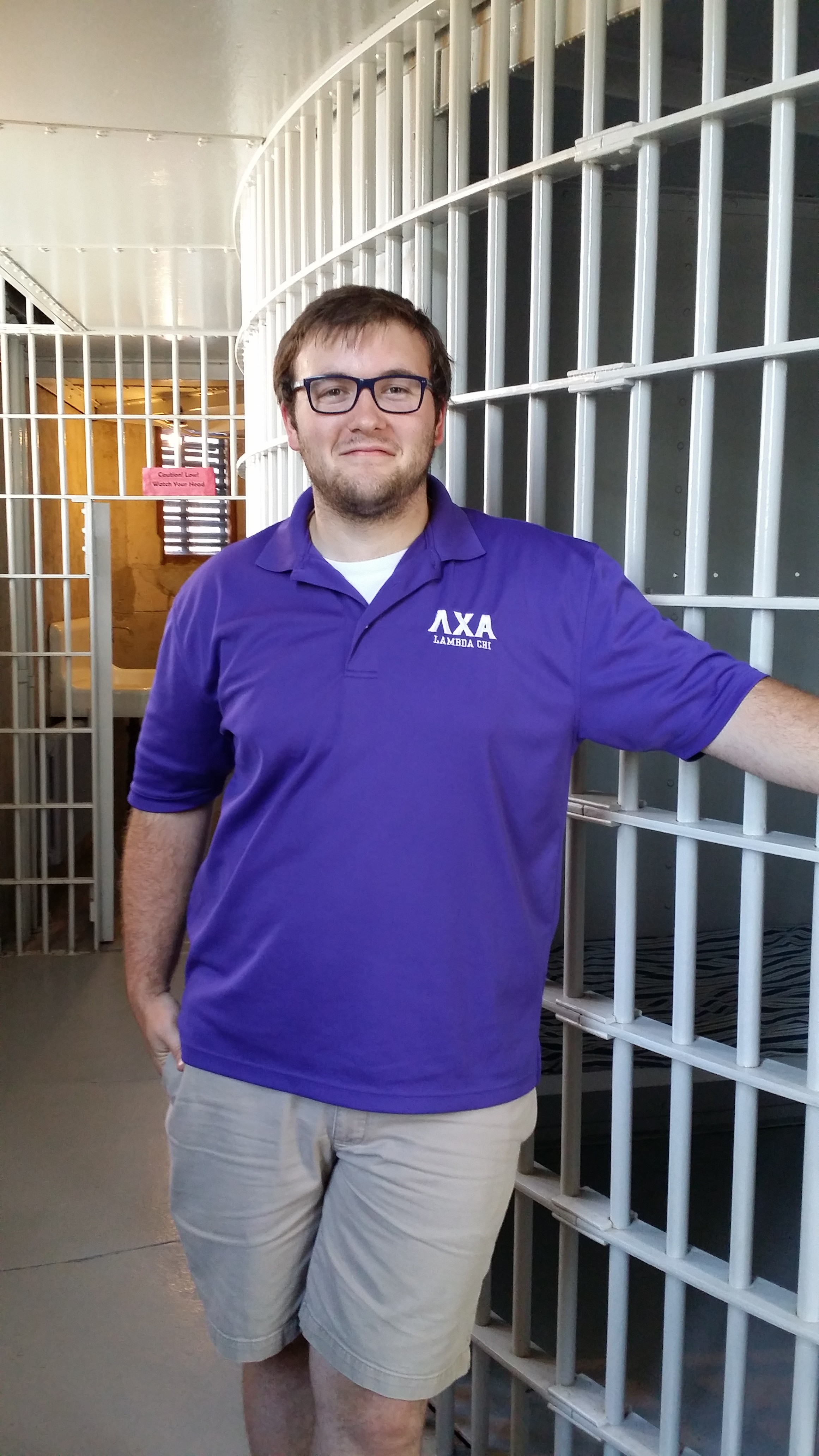 Hammond ’16 in front of the rotating jail cells

Brock Hammond ‘ 16 – I’d be lying if I said that I always imagined myself working in a museum, but working for the Rotary Jail Museum here in Crawfordsville has been one of the most fulfilling jobs I’ve ever had the privilege to hold. My primary responsibility as an intern is to act as a docent, otherwise known as a tour guide, for the guests of the museum. Not only do I get to see and experience new people every day, but the position allows me a taste of the field I would like to get into after my Wabash career concludes.

Doubling as the Montgomery County Jail and County Sheriff’s residence for ninety-one years, the Rotary Jail Museum provides guests with a unique window into the history of Montgomery County. While the jail portion of the building doesn’t typically change, the exhibits occupying the former living space for the Sheriff and his family change from season to season. This summer we are focusing on the “Roaring 1920’s: Flapper Fashion and Prohibition.” As a History major with a fondness for American History, I was able to bring some general knowledge of the time period to the position, and thanks to my coworkers and wonderful resources in the jail’s archives, I have been able to expand that knowledge to the point where I can speak intelligently on most everything in the museum.

I’m also doubling as the Montgomery County Heritage Alliance intern this summer, which is a coalition of local museums and art galleries. Only about a fourth of my time is dedicated to the Heritage Alliance so I cannot speak of it as extensively as the Rotary Jail. Thus far I have acted as a camp counselor for “Museum Camp,” which took a group of kids aged 7-12 around to all the local museums save for the Ropkey Armor Museum just on the edge of town. Currently, I’m working on some promotional materials for the various Heritage Alliance members.