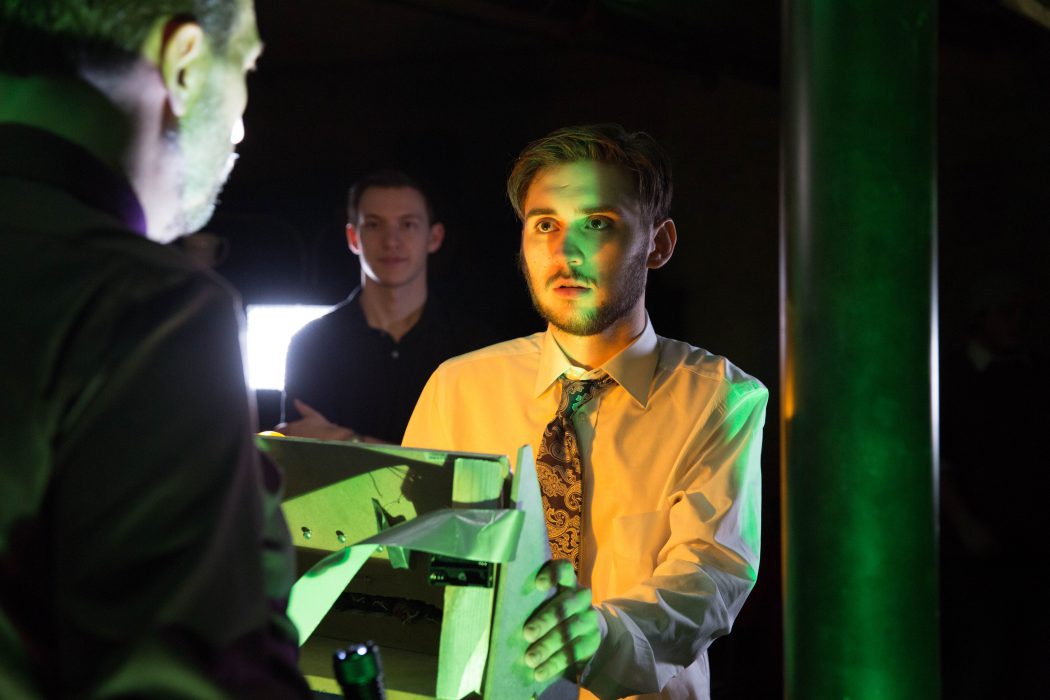 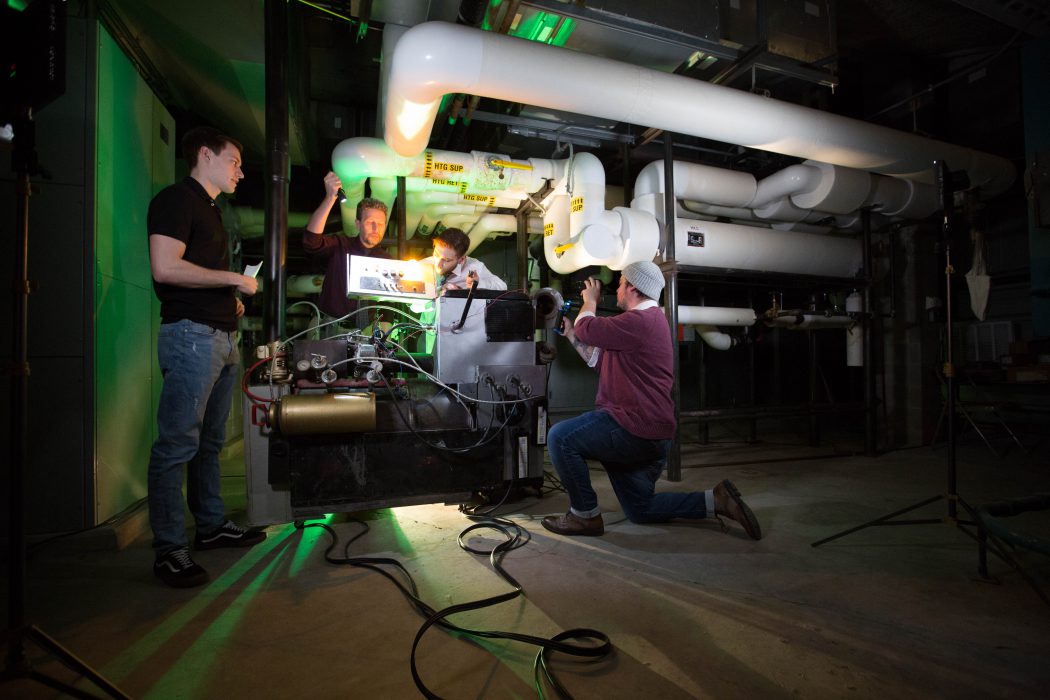 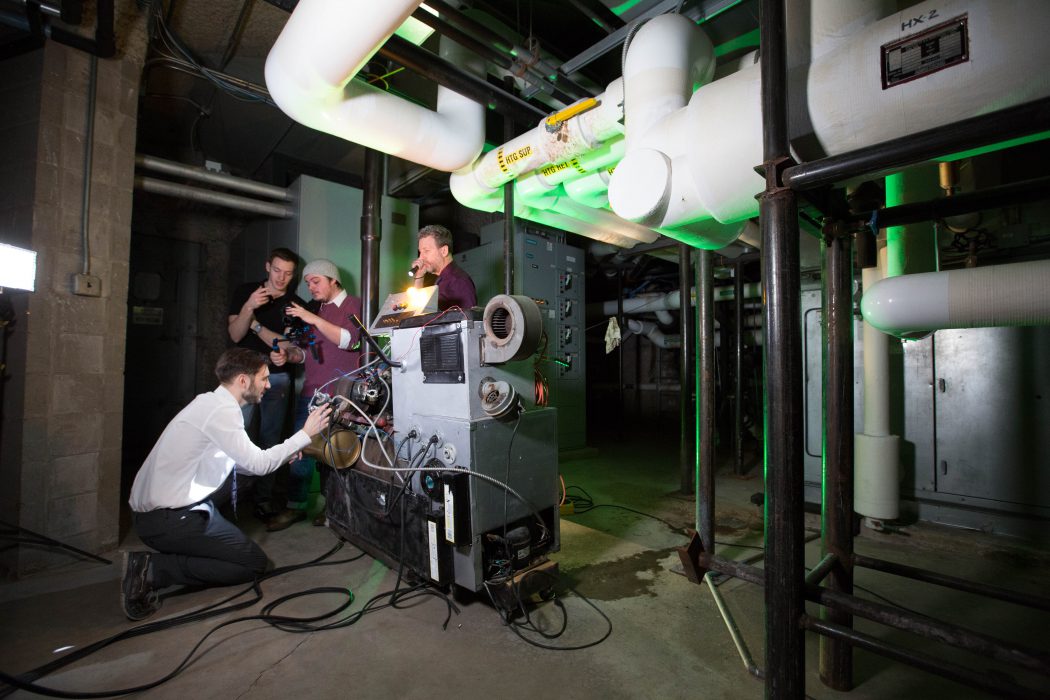 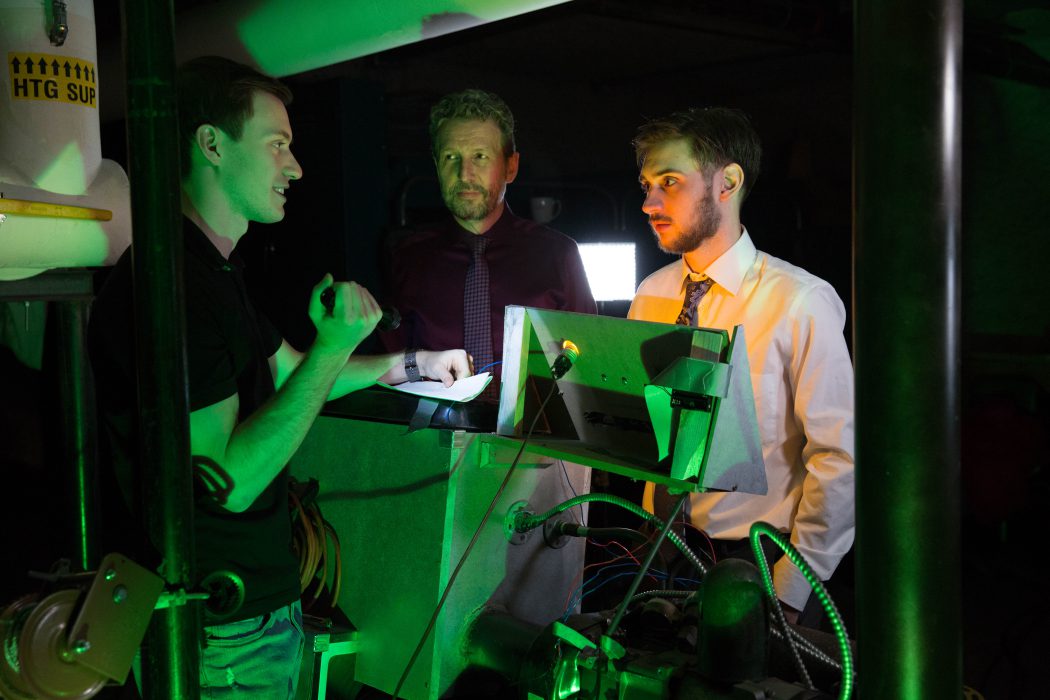 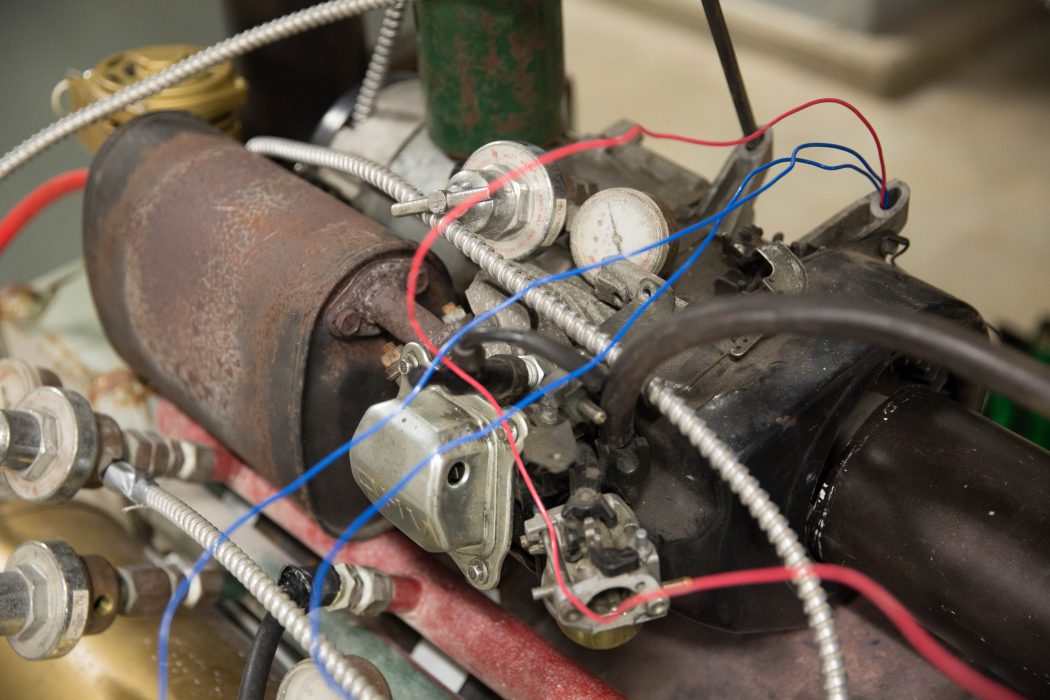 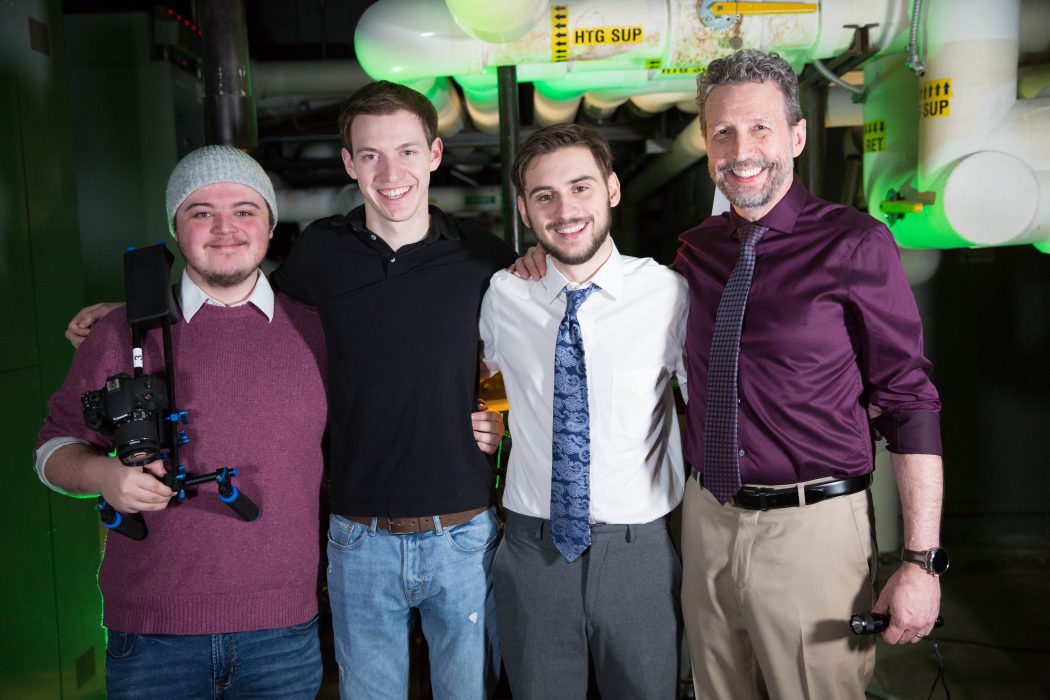 Quinn Cavin used to believe that clouds come from smokestacks.

“I saw the Indianapolis steam plant in downtown Indianapolis on the way to the zoo when I was five,” he recalls. “There were clouds of smoke and steam coming out of it—I just didn’t know any better.”

But the crazy things we believe as kids become great material when you’re a writer, and Cavin— best known on campus for his performances in Wabash theater productions—has been writing a lot since he spent a summer in Los Angeles after his freshman year.

He went there to audition for acting parts and he got a few. But he caught the writing bug bad.

“I was with so many young filmmakers creating exciting work. I figured if they could do it, so could I.”

He was startled by how much he enjoyed it.

“If there was one thing I was sure I wouldn’t do with my life when I was 18, it was writing. My dad is a journalist and my sister writes fiction, but English and creative writing were my absolute weakest subjects in school.

“But creativity is contagious. I ended up finding a lot of peace creating stories. I also realized if I wanted to be in movies, the best chance I stood was to make my own.”

Writing became “the thing I do whenever I have time.”

Today he has about 30 scripts on his laptop. One of those this time last year was inspired by those cloud-belching smokestacks he saw as a five-year-old. It was called Rain Dance, and it would take a year, Cavin’s New York acting-school classmates, friends from high school and college, a “crazed genius” of an art major, and a professor-turned-villain to bring it all to life.

There’s an outtake from the film that Cavin prefers we not talk about.

His roommate Austin Ridley, playing the lead role, sprints toward the camera. He’s carrying a car floor mat he used to protect himself from a barbed wire fence he has just scaled, and when he tries to throw it to his left he loses his balance and…

Face-plant on the asphalt.

Cavin steps in front of the camera to help his friend, much to the consternation of cameraman Austin Yeomans (Ridley’s best friend), who wanted the shot.

Before Cavin gets to him, Ridley jumps up off the ground as if film is still rolling.

Never mind that two weeks earlier he broke his back (not on set, Cavin points out).

Want to know if your friends are all in? That’s all in.

And there were a lot of friends along the way.

The script that Ridley, Yeomans, Cavin, and Professor Michael Abbott had in their hands to shoot the final film had been reimagined, workshopped, and rewritten halfway across the world and back.

Cavin took the Rain Dance idea with him to New York City in January 2018 when he studied acting at the Lee Strasberg Theatre & Film Institute. He signed up for screenwriting too, and dove in.

“You have all these amazing actors at the school. We’d have table readings, and they’re reading your scripts, and you could hear it and realize, This could really be something.”

Cavin listened to their feedback and made some drastic changes to his script.

“It’s always a little embarrassing to be told that your story needs conflict, more tension, but it did.”

Then romance beckoned. In June, Cavin met a young Portuguese actress named Mafalda Pinto Correia, and in August he flew with her to her home in Porto, Portugal.

“She conducted tours of that city in English—it’s such a beautiful city—and I probably went on that tour 20 times and never got tired of it.”

And there in the summer breezes of the place that gave Portugal its name, he finished the script.

BACK TO REALITY. And Wabash. Cavin needed a senior project and Rain Dance was it. During its international travels the script had morphed from a silent 1930s period piece to a modern-day drama set at a bottled-water company during a major drought. The boss, Mr. Richardson (played by Abbott), is reaping profits from the drought when he discovers that his awkward underling (Ridley) is building a rainmaking machine in a local abandoned factory. The boss follows the rainmaker, finds the factory, sees his employee about to activate the rain machine, thereby destroying his windfall profits, and says: “You know I can’t let you do this.”

The abandoned Crawfordsville electric plant on Sugar Creek provided the smokestacks, Cavin’s former employer in Indianapolis let him use an office, the mechanical room of the Fine Arts Center stood in for the guts of the factory. And the machine?

“I wanted a big kind of Chitty Chitty Bang Bang machine, and I needed someone I knew to be insane and talented enough to do this.”

“He’s a genius! We scoured the pawn shops, secondhand stores, and flea markets—spent days putting together something that would look convincing.”

The machine hisses, sputters, and whirs to life in the last couple minutes of film, creating clouds just as Richardson finds a pipe wrench and bashes the contraption. The final scene (spoiler alert) shows Ridley sprinting away to the piano score written by Cavin’s friend Emerson Vernon, and then stopping to stare hopefully at the billowing, darkening clouds as the thunder rolls.

BACK TO HIMSELF as the supportive professor, Abbott is impressed with the way Cavin embraced Rain Dance and the process that brought it to the screen.

“I’ve never seen a student devote himself more completely to a senior project than Quinn did to this film,” he says. “It’s a fitting conclusion to all the fine work he’s done at Wabash.”

I asked the same of Cavin about his film.

“I think so,” he says. “I think that childish idea is the heart and the honesty of the film. It gave us freedom to create something slightly outside the real world.

“But it’s hard to separate myself from the process of making it. When I see a shot, I usually can’t help but think of all we went through to get it. I’m really glad I was able to work with the people I love being around.”

And that’s the biggest lesson for Cavin—the one most on his mind as he considers what he’ll do after he graduates.

“Making a film can be extremely stressful, so having people behind you that you know will support you and are dedicated to their craft is huge. For me, that’s what makes the process exciting.”