Last Saturday morning at about 10:30, an EMS truck came screaming down Wabash Avenue. At that time, several hundred people were participating in the Making Strides Against Breast Cancer walk, including a large number of cancer survivors.

The sirens and flashing lights brought great fear and anxiety to the walk’s organizers. Then, when the medics parked in the drive between two fraternity houses at Wabash College, fears of a different kind came to mind.

But instead of the medics arriving on the scene at a fraternity house to save a life, they came only to transport a very sick young man to the hospital; a young man whose life was saved by the smart, swift actions of his fraternity brothers.

No, this situation had nothing at all to do with alcohol consumption. 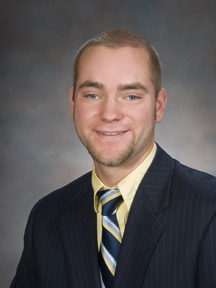 Mark DePrez is a Wabash College junior. He is a member of Beta Theta Pi. He is also a type 1, insulin-dependent diabetic who has lived his entire life with the disease. He is also a very private person when it comes to his disease. Unless you somehow found out, you would not in any way realize that he’s been attached to an insulin pump that regulates his blood sugar since he was 11 years old.

A week ago Friday night, Mark DePrez started vomiting. He’d been to a local fast food restaurant and figured he must have eaten some bad mayo. Hours passed and his condition only deteriorated.

His fraternity brothers stayed close to him throughout the night, checking on him, communicating with his mother, and helping him with chips of ice.

By morning when he phoned his mom, Mark’s speech was slurred and he couldn’t lift his body from the couch. The five guys looking after him — Ben Burkett, Brady Hagerty, Marc Noll, John Jurkash, and John Pennington — called EMS, which ultimately saved his life.

Mark’s blood sugar had risen to 1176, a potentially fatal level and the highest the medics had ever seen. Complicating matters, his blood test meter failed and his usually reliable insulin pump had a kink in it. A stomach virus, bad meter, and faulty pump almost cost Mark DePrez his life.

Those same students stayed in constant contact with Mary DePrez while she was en route from Fort Wayne, and stayed by Mark’s side while he was in the local ER and later when he was transferred to Indianapolis. Two students even offered Mary access to their family’s homes while Mark was hospitalized in Indianapolis. The fraternity men also contacted Mark’s professors to let them know he would not be in class.

Mary DePrez wrote a long email to Wabash President Pat White and Dean of Students Mike Raters. She’s given us permission to share some of what she wrote.

“These young men reflect all that is good in the men at Wabash,” wrote Mary. “They think critically, they care about their brothers, and they react responsibly. They are polite, caring, and giving young men. They reflect well on their families and the college. I am proud to say my son goes to Wabash and is a member of Beta Theta Pi.

“Our son was saved by his fraternity brothers and we can never thank them enough.”

Unless you’ve been under a rock the last couple of years, you know that Wabash fraternities have gotten some bad press. It’s sad that major media fails to dial in on the great things that happen in fraternities at schools like Wabash — the lifelong relationships, the brotherhood, the trust, and the leadership development.

Think about that for a second.

Not the kind of stuff that makes headlines; just the quiet, good work done by some of the Gentlemen of Wabash.