Ben Elliott ’18 Montgomery County Health Department – Before this summer, I tended to only hear the negatives about health departments. I heard about peoples’ frustrations with them, and the stickers that tend to clutter front windows. I have a couple of friends and family members that work in cuisine, and (like most people) they don’t like other people coming into their place of work and telling them how to operate.

While this is an entirely understandable bugaboo, throughout my time with the Montgomery County Health Department this summer, I learned two main things about these assumptions. Firstly, to simply think of health departments as some sort of regulatory board is incorrect, and actually neglectful of some of the significant work that they do for the community. Secondly, building off of this first realization, a well-run and passionate health department can do a great deal of good in the community.

I can honestly say that no two days of this past summer were the same while I was working with the health department. Even in the same day, I found myself, at one point, slogging through the woods to collect mosquito traps, recording a radio public service announcement, and educating children at the local Boys and Girls Club. The variety of tasks that I was assigned speaks to the breadth of tasks for which a health department is responsible. 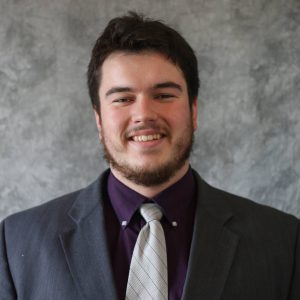 The range of issues that are addressed by a health department was also surprising. While the notorious health inspections that I mentioned earlier do are one facet of the food safety operation, these alone went far beyond my narrow preconceptions. Certainly, restaurants were part of it. But throughout the summer, I and my fellow interns were brought along on inspections of gas stations, festivals, and supermarkets. All of these fell under the umbrella of food safety – something that I did not anticipate. These inspections were also done in a different spirit than I had been led to believe – the inspector really did care about the safety measures, and it showed in her work as she showed it to all of us.

This is to say nothing of the other inspection and regulation for which the health department is responsible, whether that be septic inspections or pool inspections and, at one memorable point, a meth lab seizure. These are all merely the regulatory responsibilities I saw in the health department, which is to say nothing of the handling of birth and death records, the nursing program, and the education program, all of which are as passionately and eagerly pursued as the more visible inspection side. They all work to engage the community in order to raise the public standard of health.

There is much more I could write about the Montgomery County Health Department and the experience I had this past summer, but I will sum it up as such: a dedicated group of people are working constantly for their community in your local health department, and their work is further-reaching and more important than many would realize. I would like to thank the Lilly Endowment and Wabash College for making this opportunity available to me.