Alex Wimber ’17 The Business of Apps

Entering the fifth week of the Lilly Lab Program, our focus as interns was heavily placed on our app projects. My group specifically was discussing the issue of who to initially market our app to in the first year. Fortunately, for my group we were able to visit Archon Apps in Indianapolis, IN. Archon Apps is home of SpeakEasy were app developers come together to work on and improve existing ideas for apps. The experience we had there was participating in a discussion with President and CEO of SpeakEasy Tony Unfried. Tony Unfried, Wabash graduate of the class of 2003, gave our group a brief background about himself and his path to becoming the President and CEO of SpeakEasy. Once introductions and the exchange of a few interesting stories were over he opened the floor to us interns to ask whatever questions we had. At this point in our trip to Archon Apps my group told Mr. Unfried about how we were struggling to decide whom to market our app towards. Mr. Unfried told us that in order to have success in a business such as app making it is important to start off very slim. What we gained from his answer was that although we see our app becoming useful to many age groups, it was critical to focus on one particular demographic. This initial demographic allows one to gain a solid foundation in users, which in turn will make it easier to gain users in the future. We also had a surprise guest in Dr. Joe Trebley who works at IU Research & Technology Center. Dr. Joe Trebley a Wabash graduate of 2001 gave us an example to further clarify 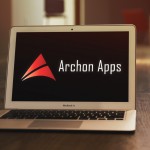 Mr. Unfried excellent point. His example was how he would go about starting up a “one-use” sunscreen booth at golf courses. In his useful example he described that flooding money into such a project would be counter productive. Instead he described how he would simply go to a few golf courses and offer the service to see if others thought it was a worthwhile expenditure. This made perfect since to my group as later on in the week we took their advice and plan on marketing our app towards a specific demographic. The experience we had at Archon Apps along with Mr. Unfried and Dr. Trebley was one that was very insightful and much appreciated by the Wabash Lilly Interns.  I would like to acknowledge and thank the Lily Endowment for giving me this opportunity to further my knowledge of business.