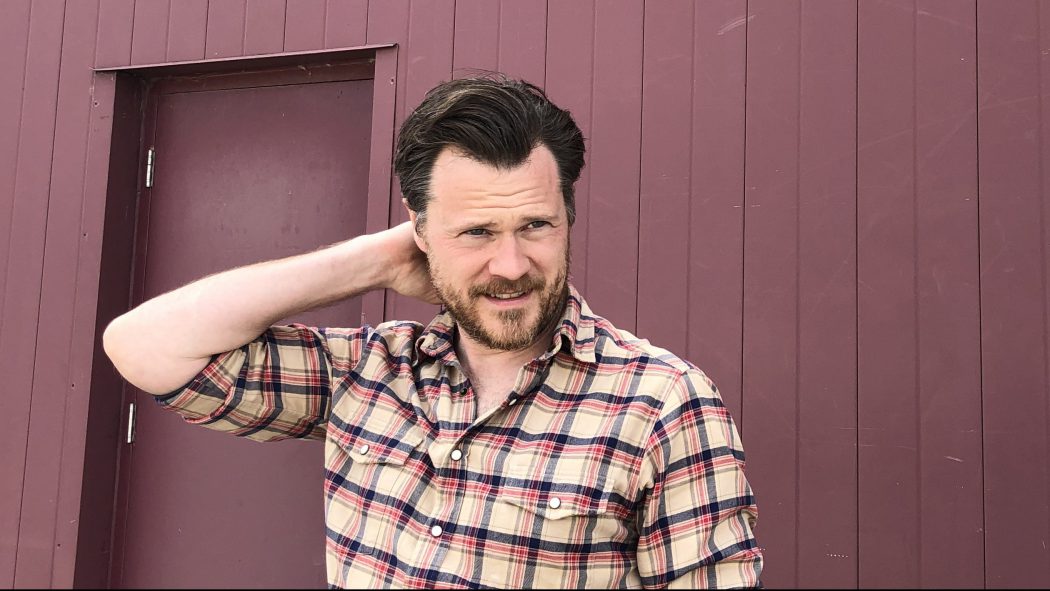 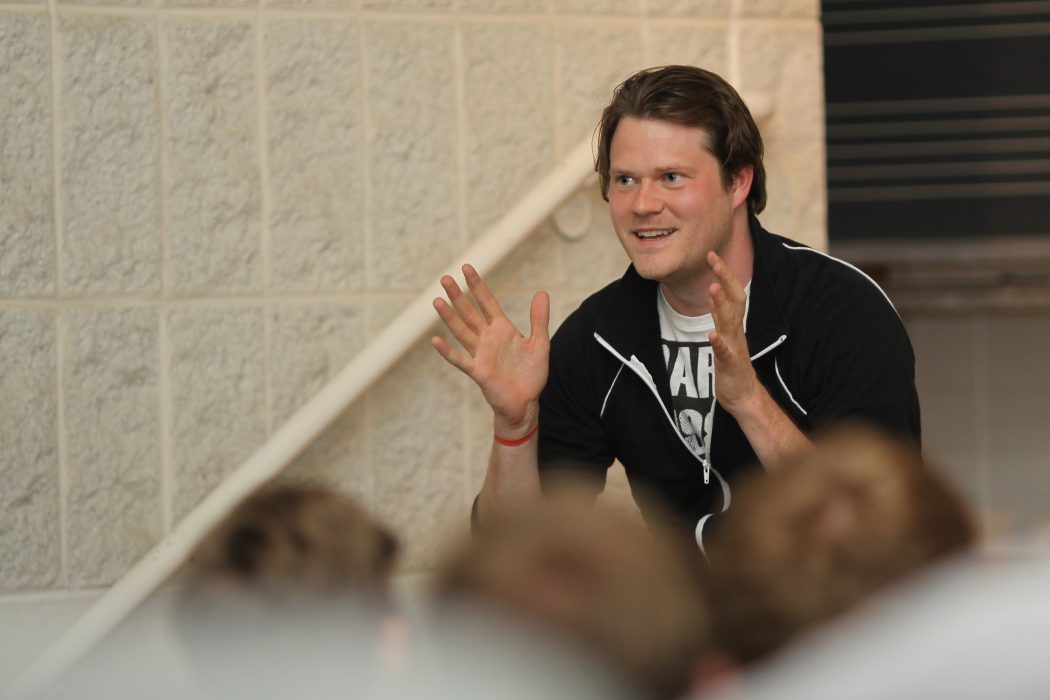 Bricker spoke to students in 2011 about his work as production designer for Natural Selection. 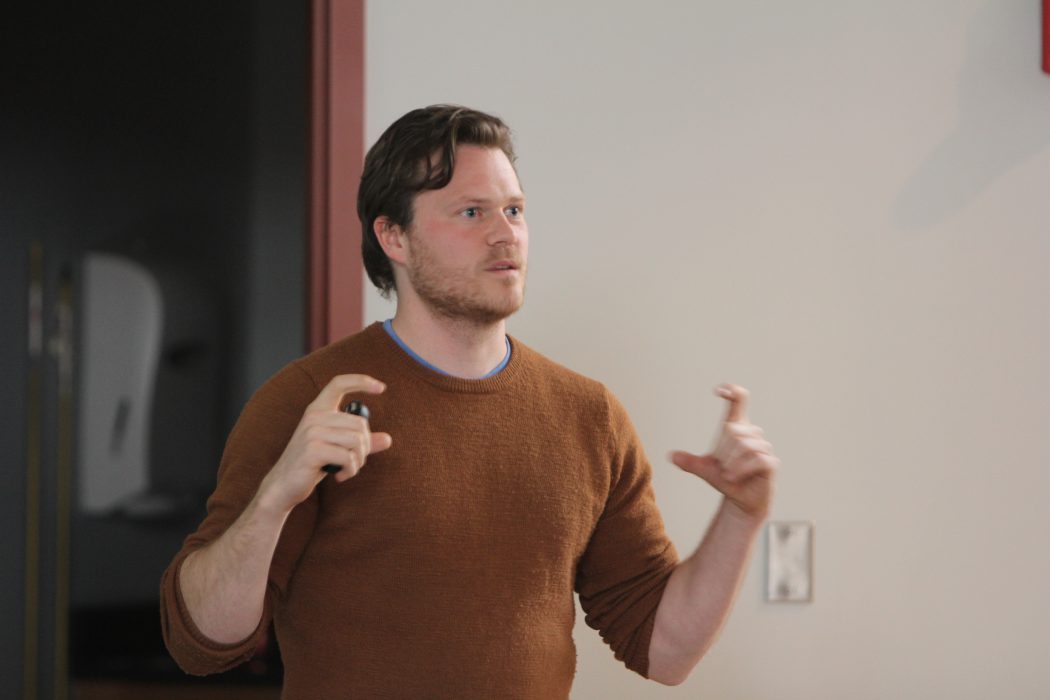 Bricker returned to campus for Wally at the Movies in 2013. 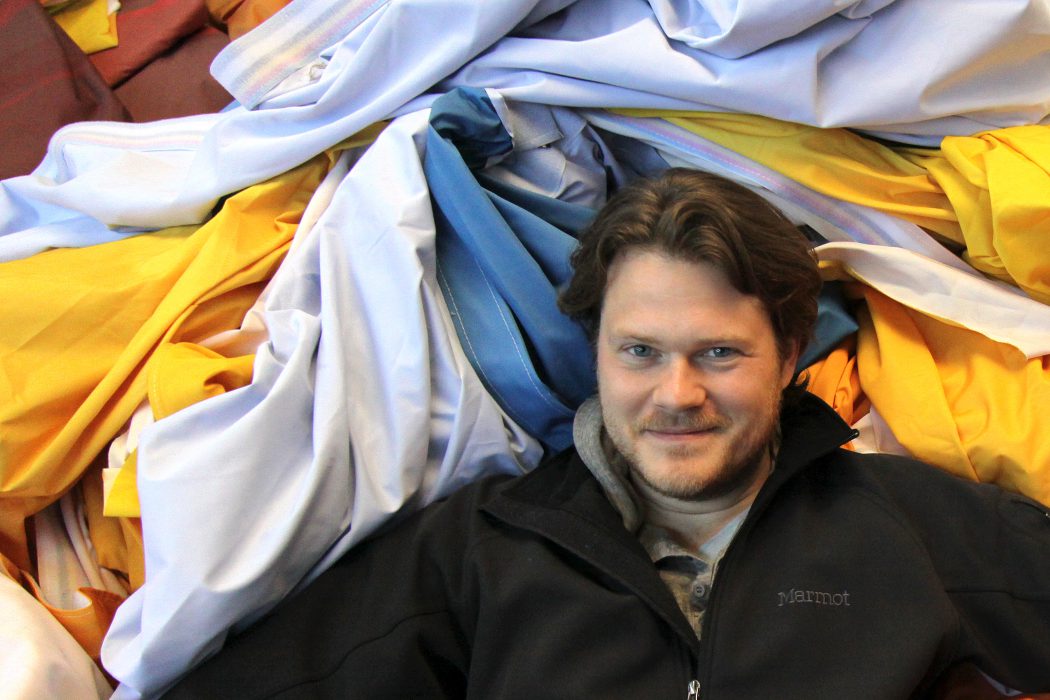 Bricker's work re-purposing the roof fabric of Indianapolis' RCA Dome in 2008 led to his founding of the non-profit "do-tank" People for Urban Progress. 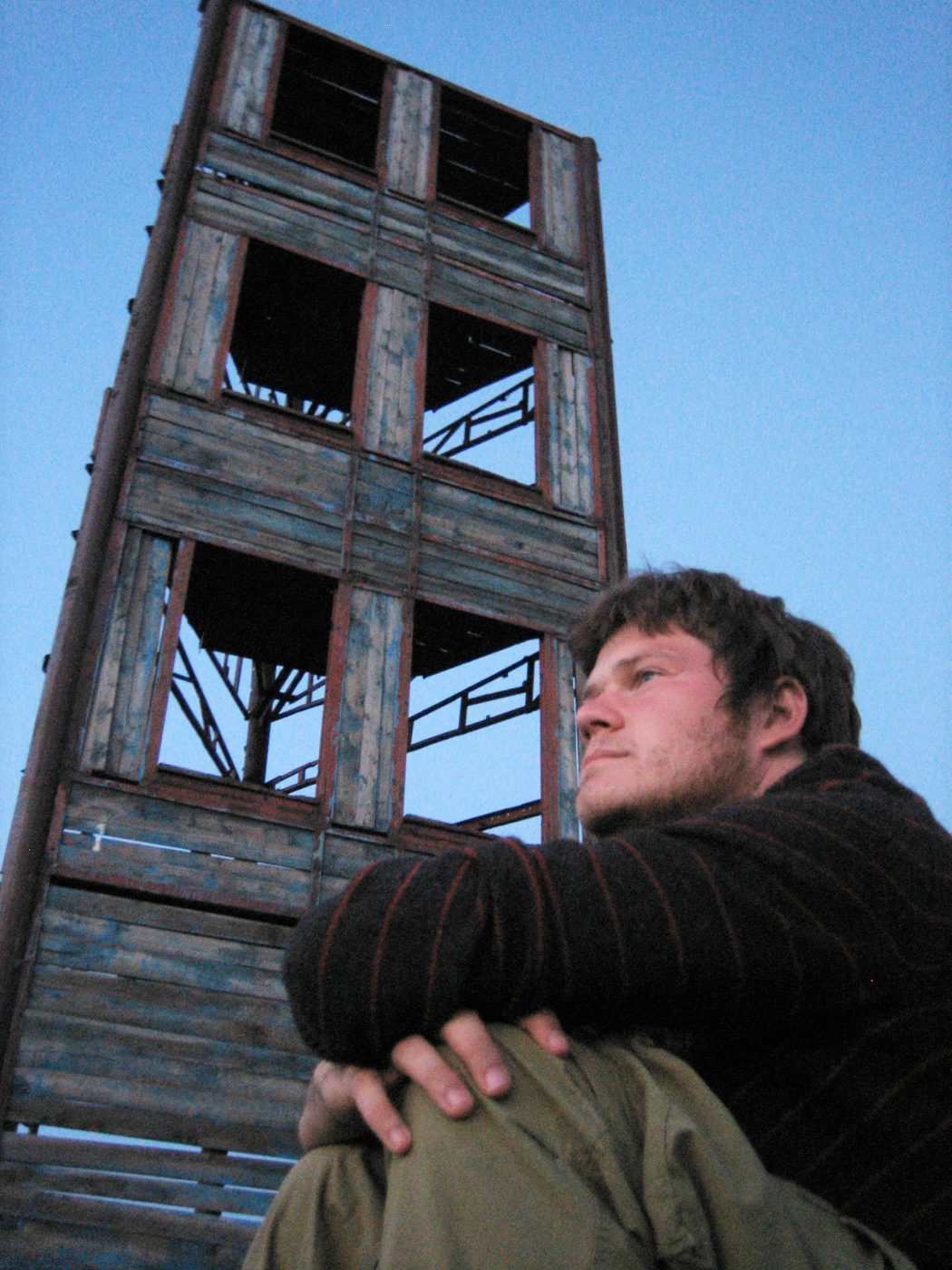 During his days as an architecture student, Bricker traveled to Mongolia to study its architecture and help Mongolian villagers build a house that was "environmentally and culturally 'Mongolian' and would stay warm in the winter." 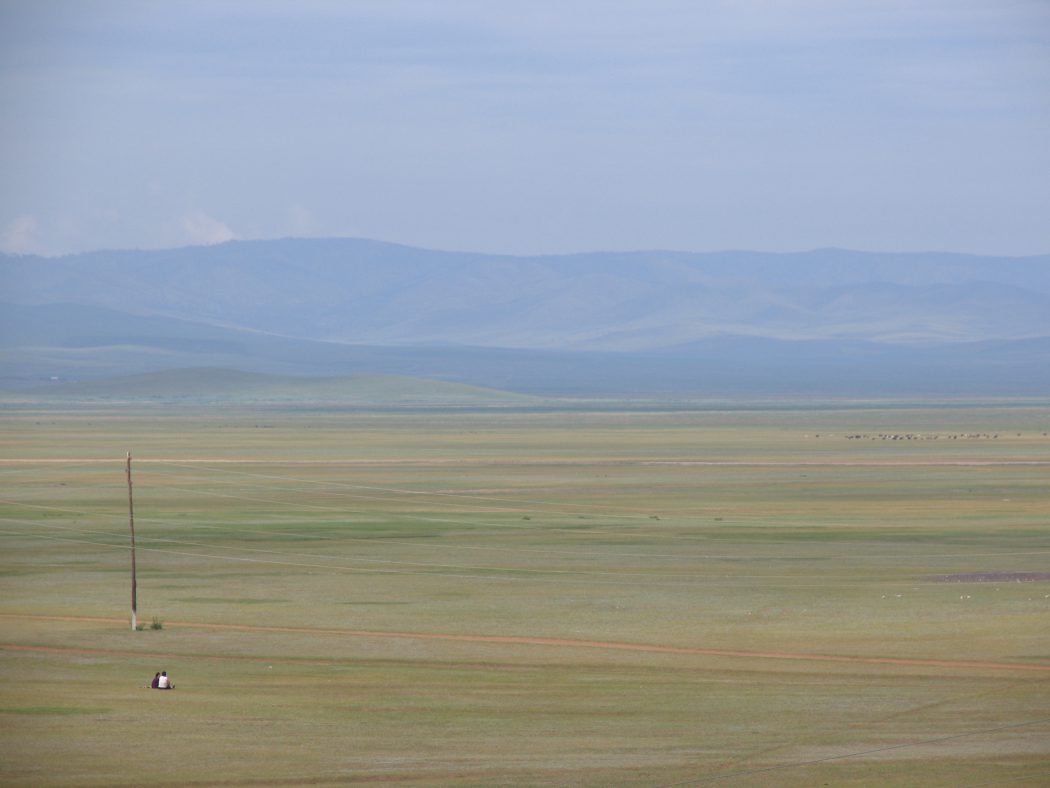 Bricker captured the beauty of the Mongolian steppes… 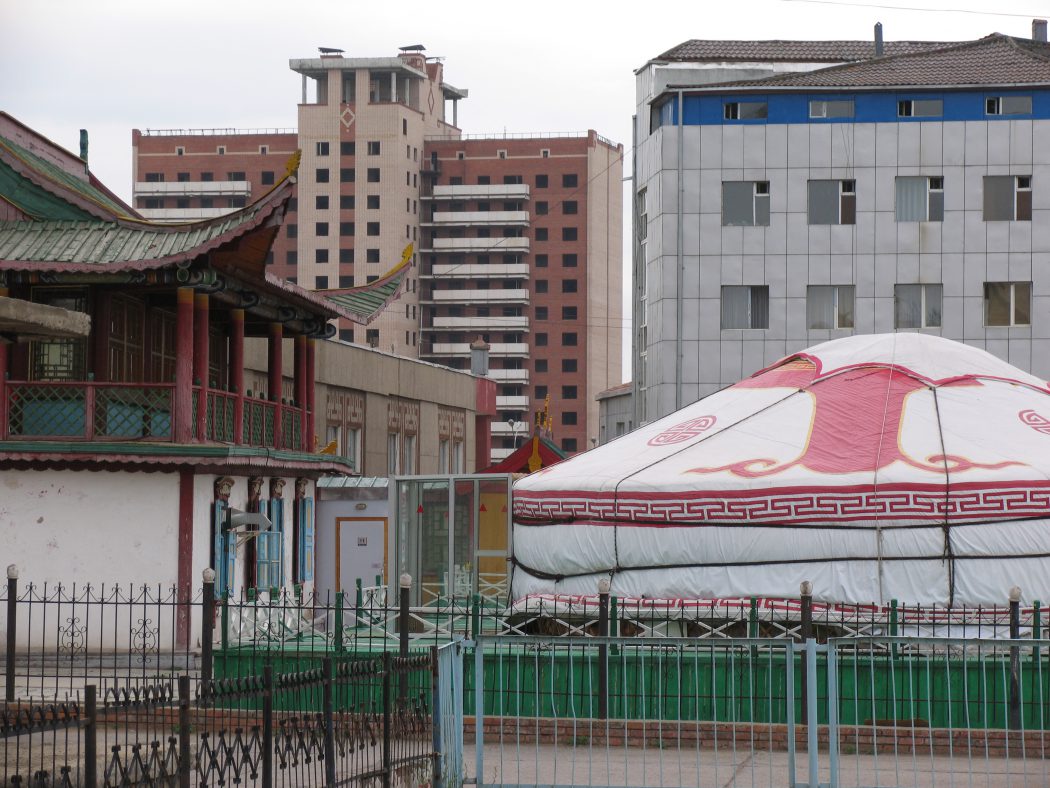 and the mishmash of Mongolian architecture.

In Charge of Everything Else

The following interview is from WM Spring 2011. Bricker recently won an Emmy for his work as production designer for Netflix’s Russian Doll.

Michael Bricker ’04 was production designer for Natural Selection, the indie film that garnered critical praise, took the South by Southwest Film Festival by storm, and opened new opportunities for the architect/artist/entrepreneur who spent last semester teaching architecture at Wabash.

After congratulating Michael, WM just had to ask: So what does a production designer do, anyway?
Bricker: I’m in charge of the visual landscape of the film.

What I do varies on the scale and budget of the movie [Bricker’s previous effort in production design was the Muncie-based My Name is Jerry.] Essentially, I’m the head of the art department.

Of course, if you ask a director or cinematographer, they’ll probably have their own “in charge of everything else” sort of answer for their role!

Natural Selection is an independent film—a lower budget film—and the smaller the budget, the more hats different people wear. What did you do at Wabash that prepared you for this?
I did set design for theater, which is sort of the equivalent of production design.

You were known for your collaborative efforts here.
That collaboration is my favorite part of production design, too. There are not many fields where the creative power shifts so quickly from person to person. You’re working with experts, and you have to wait and let them be experts. There’s a constant change of who has the creativity and the power, and that goes on throughout the film.

It’s equal parts design and execution. Say, at the end of a scene, the director wants a space to feel slightly more open than at the beginning, the production designer may open the curtain, the cinematographer may warm the scene with lighting, then the editor can do his part.

And there are so many places it can go wrong. You improvise with what you’ve got.

A good example is the house you see in the film, where Raymond is living. We found that house in Smithville, TX, and no one had lived there for a while. We had to pay to have the power turned on to shoot. And it was kind of caving in, it was as bad as it looks.

Can you give us an example of how this “visual landscape” moves the story forward in this particular film?
You’ll notice a theme of dead flowers and lifeless plants throughout the film. In the house where the couple lives, the wallpaper is denim blue with dying flowers; we put dried flowers in the bathroom. There are bare bed sheets, dead grass—sterility, division depicted visually.

I want to do those big-budget films some day, sure, but there are lots of stories that don’t need that. Natural Selection was one of them.