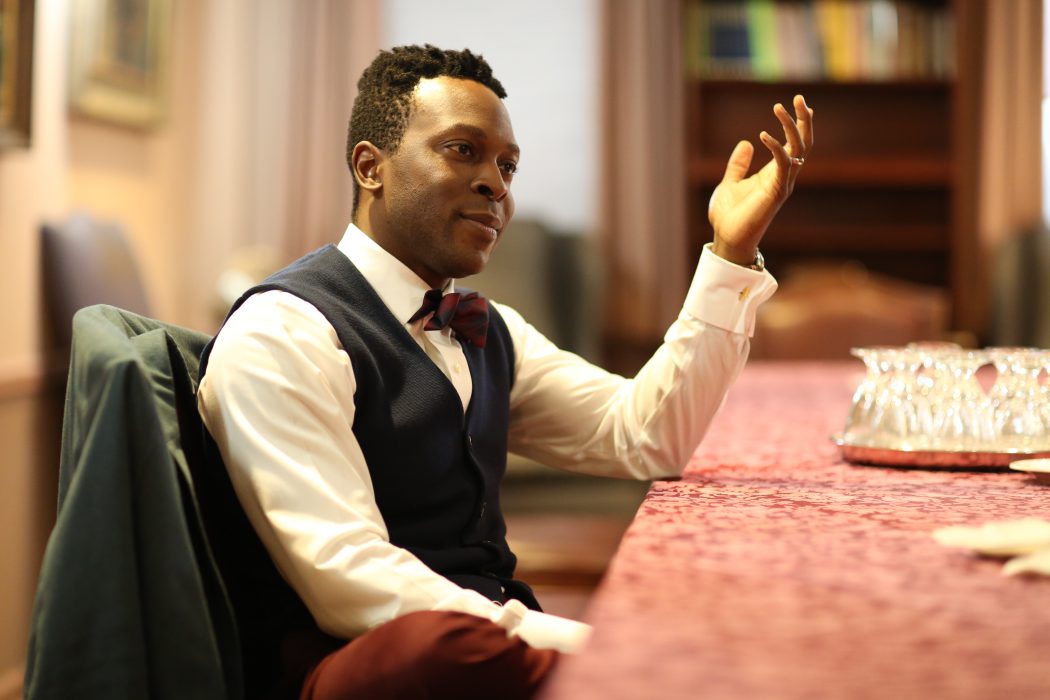 “Every Day a Different Adventure”

“OUR JOB IS TO MAKE THE ACTORS LOOK BETTER, whether we’re doubling for them or getting killed by them.”
—Nnamdi Nwosa ’04

He stares down the barrel of the gun, hears the shot, then feels his body hurtling backward until he lands flat on his back in the middle of the crowded room.

Is he hurt or not? He listens to the voices around him for a cue.

He gets up, walks to the same spot, stares down the barrel of the gun, listens for the shot, and does it again… six more times.

So goes the day for stuntman Nnamdi Nwosa ’04 on the set of Fox TV’s Gotham.

“I like to hit the floor as soon as possible, to get that first contact over with,” says Nwosa. “You stay focused, figure out what you have to do. It’s like going from 0-90 in a second—you focus, do the scene, collect yourself, then get ready for the next take.

“Every day is a different adventure.”