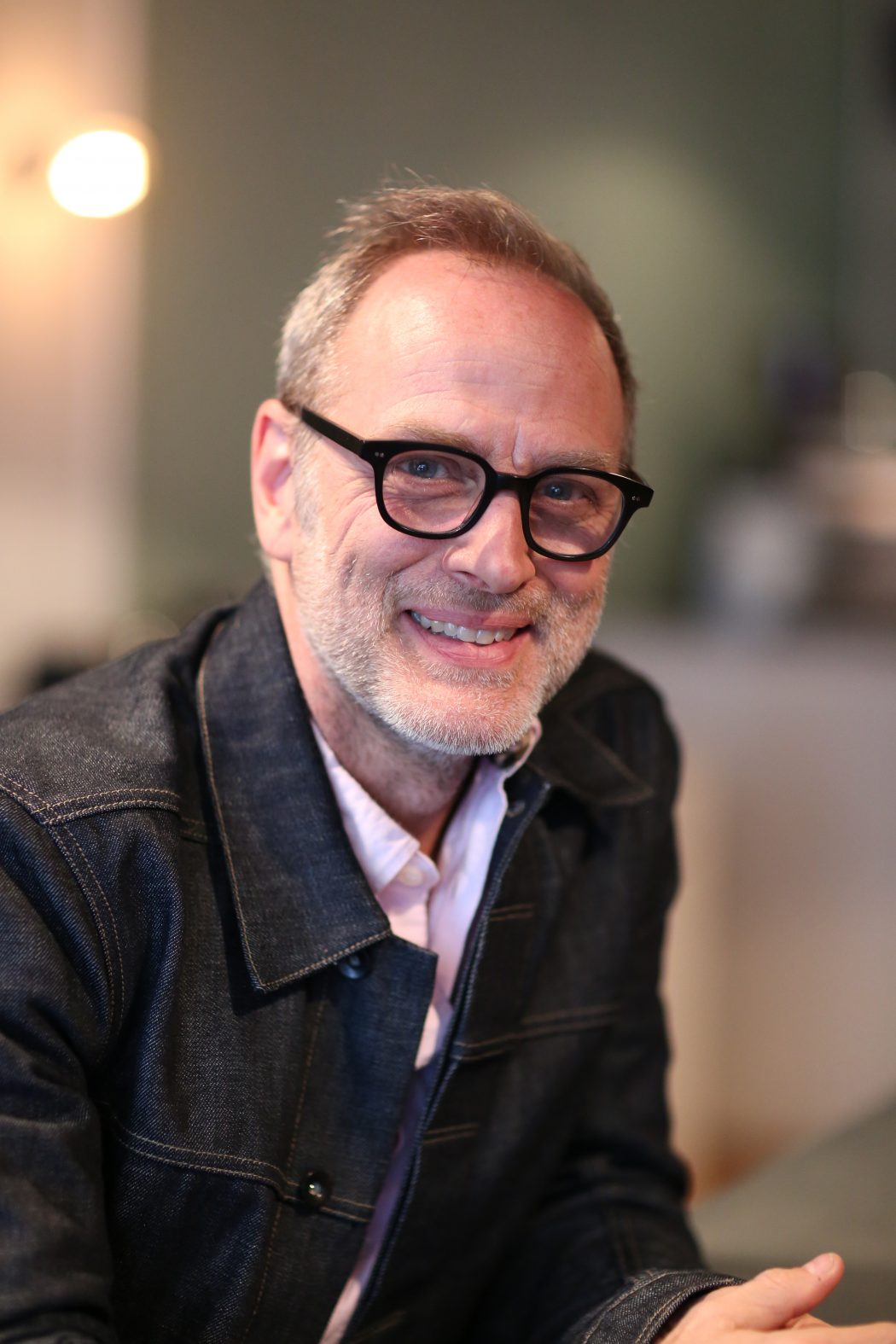 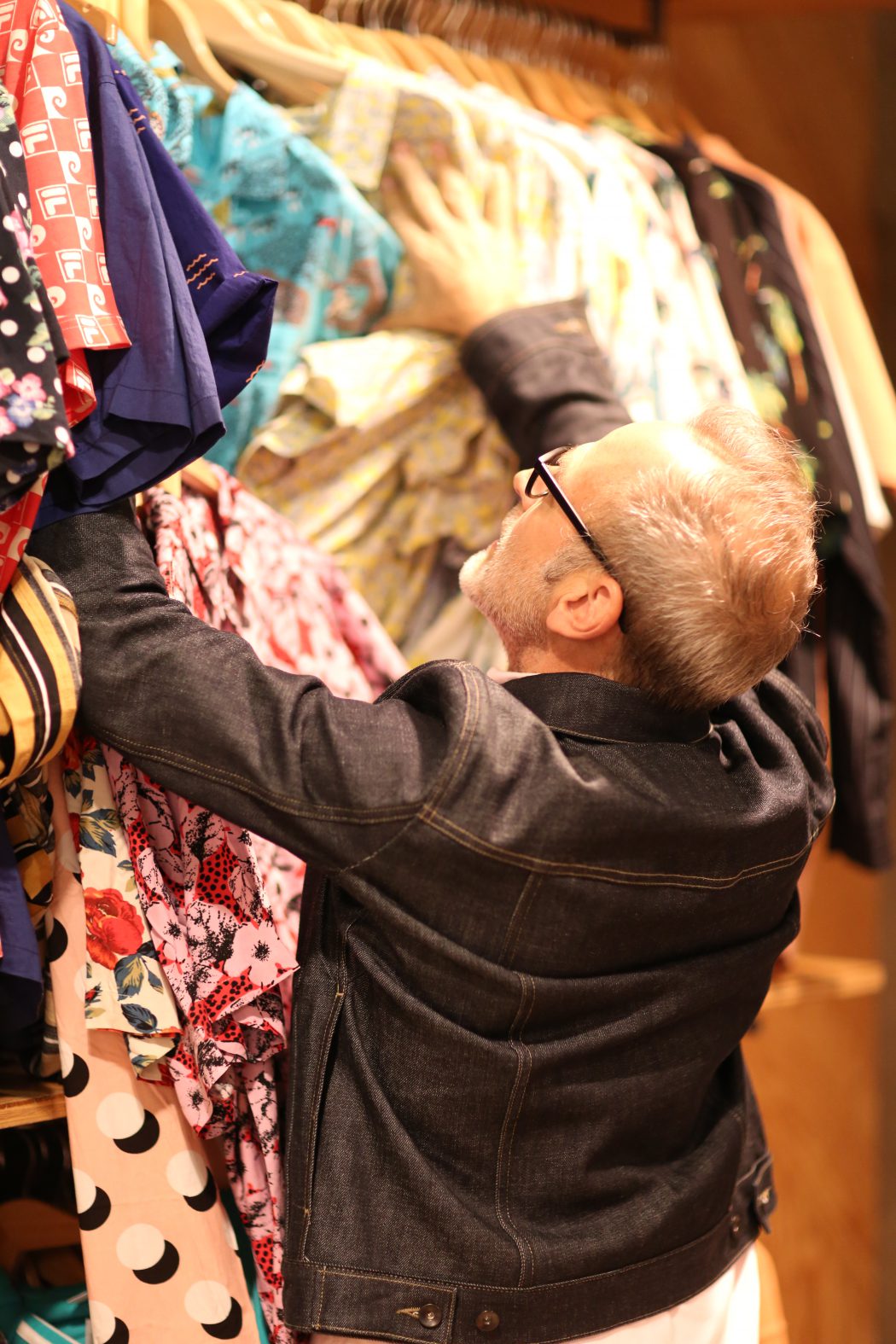 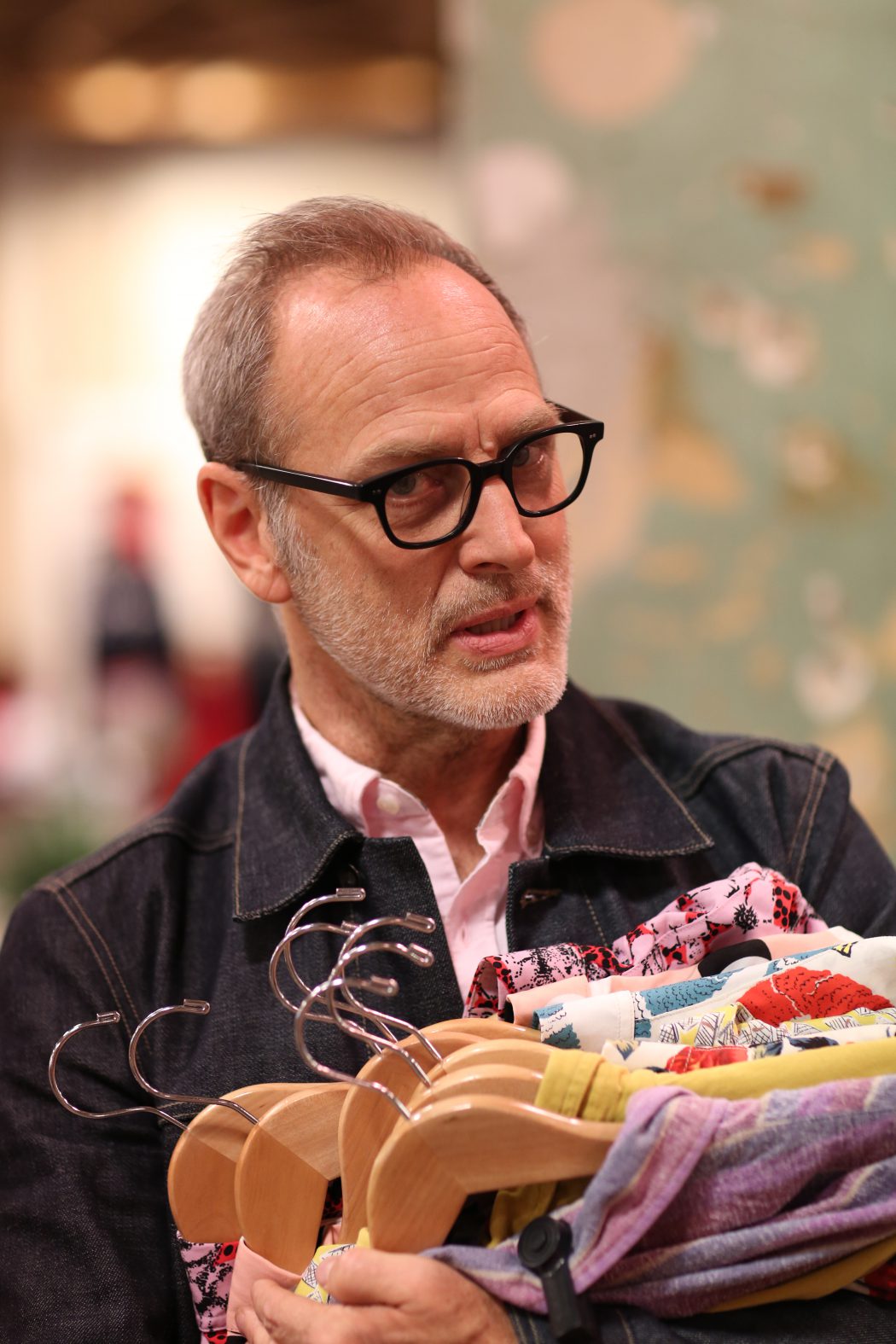 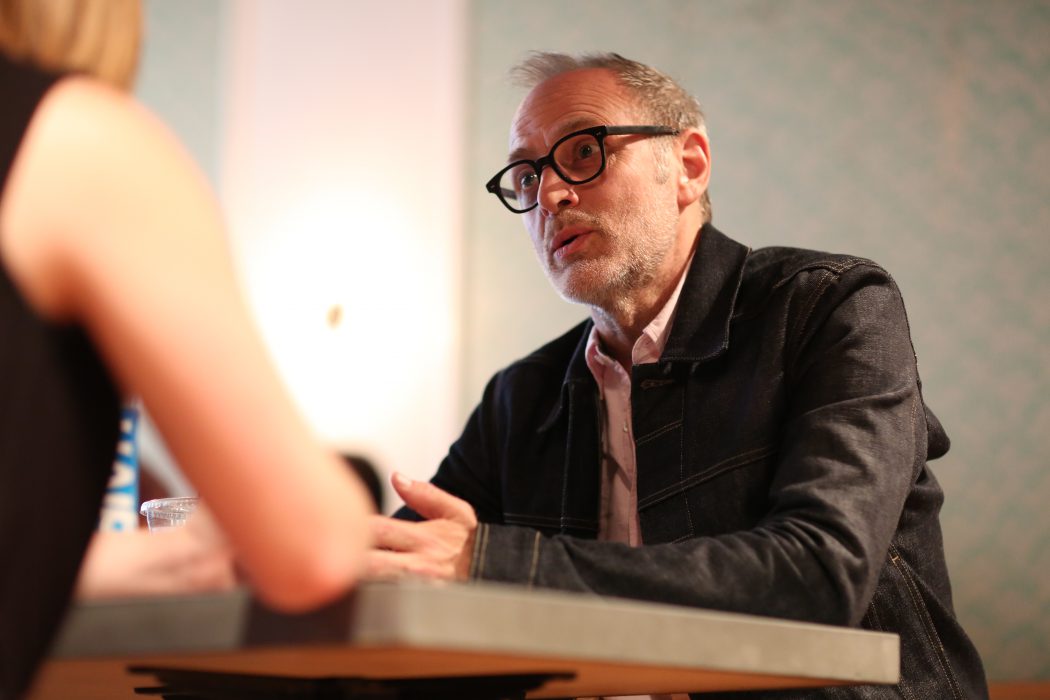 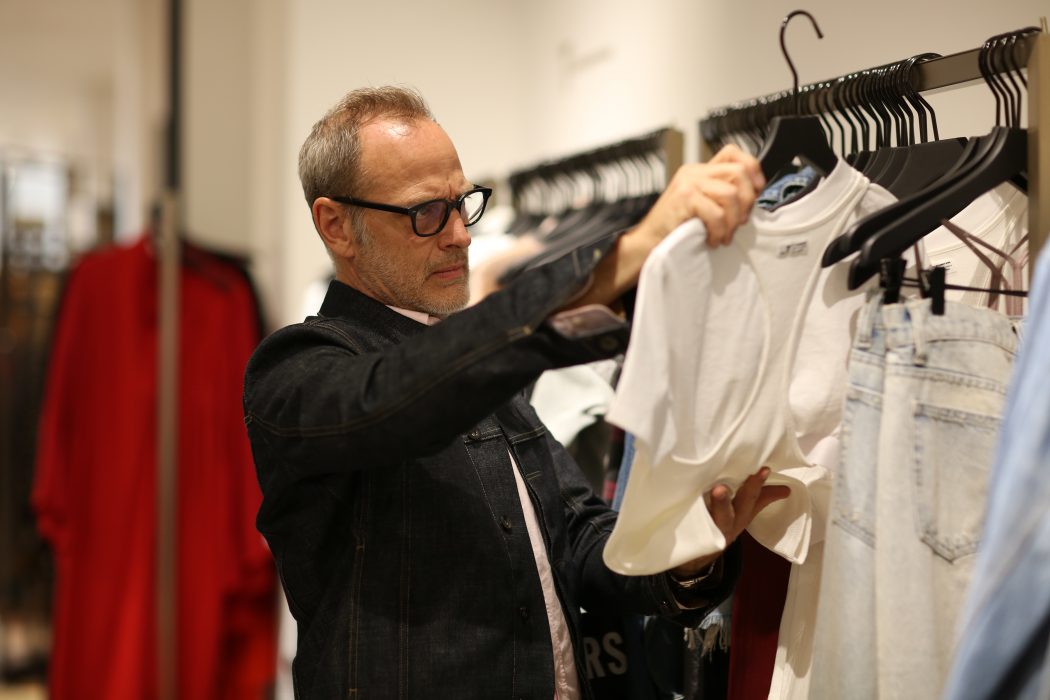 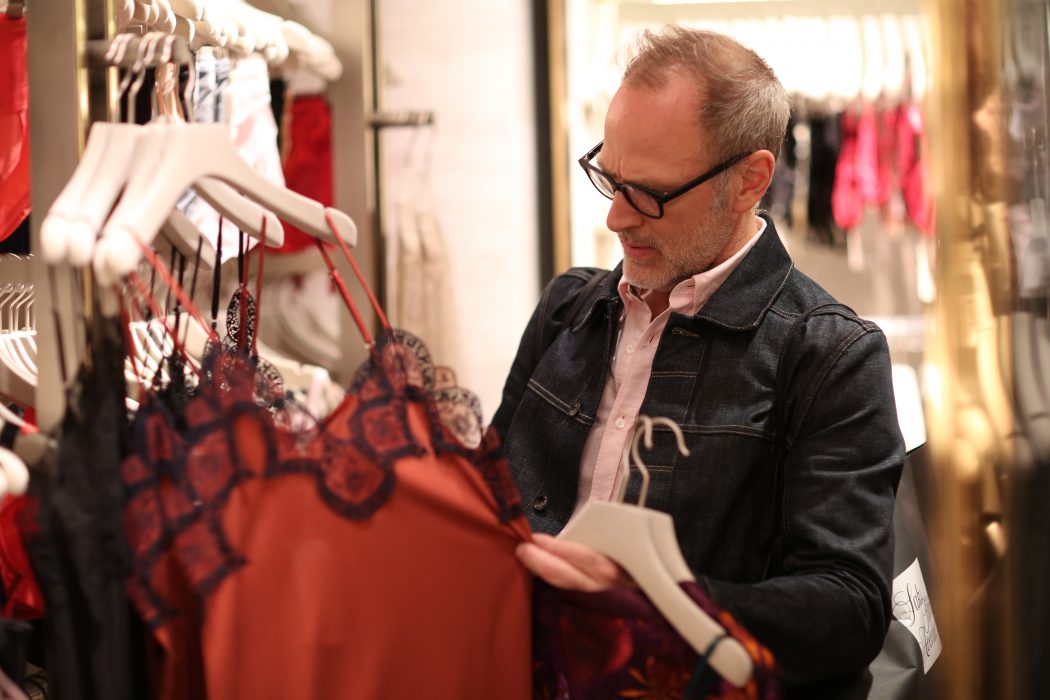 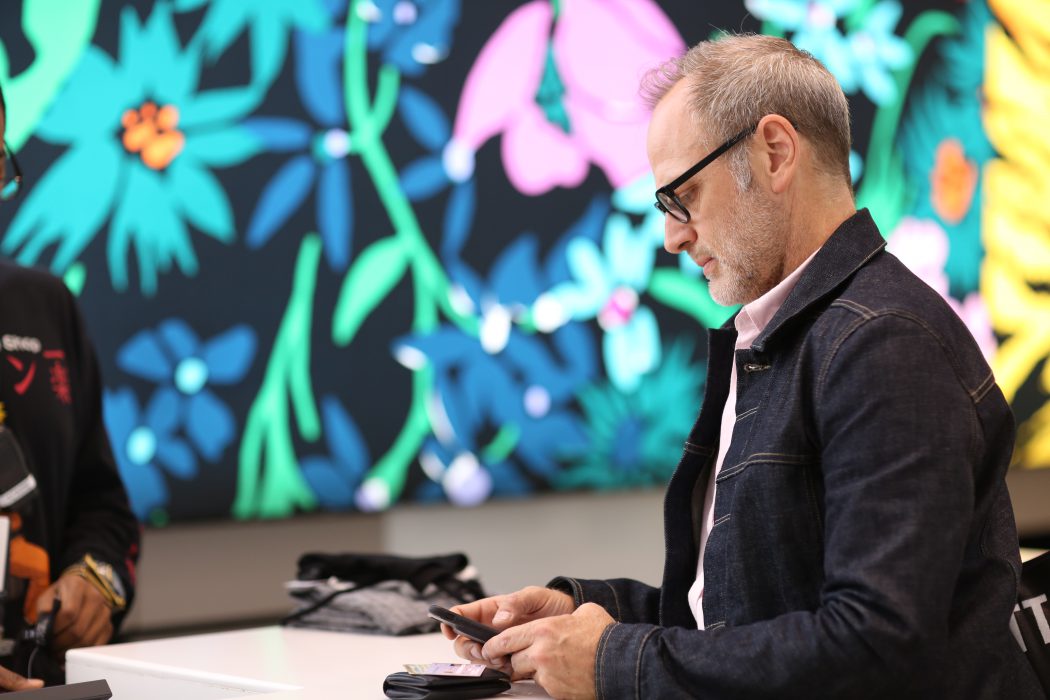 “An Exercise in Trust”

Tom Broecker ’84 has memorized the floorplan of almost every department store in Manhattan.

In Urban Outfitters on Fifth Avenue on a Sunday afternoon, he makes his way through the maze of displays until he’s standing in front of these bright, floral-patterned, men’s button downs.

“Sometimes ugly clothes make more of a statement than pretty clothes,” he says, whipping through the shirts on the rack.

The smell of Chanel overwhelms Saks Fifth Avenue, where he finds a women’s white T-shirt-style crop top with a white racerback tank on top. He needs one that is revealing but not overly-exposing. Is this the right one? How much will he have to alter the shirt to make it what he needs? If it’s too much work, it’s not worth it.

Moving briskly from rack to rack, Broecker explains that fashion designers have a specific ideal for their clothes; but as a costume designer, he always has a specific person in mind. Today he’s shopping for characters on Armistead Maupin’s Tales of the City, which will premiere on Netflix in 2019. But sometimes, something else will catch his eye and he’ll pick it up for his other job as the head costumer—and now producer—for NBC’s Saturday Night Live.

“The psychology of the clothes and the people I’m dressing are more interesting to me than the actual garment. Fashion is more about making someone look pretty, whereas costume design is telling a story with clothes, reinforced with text.”

Broecker might as well call himself a part-time therapist anyway, given the nature of his job.

“I had two actors break down in front of me just this week,’ Broecker says. “But that’s what you’re there for.

“When you shut the door, it’s a safe zone. You take your clothes off here—both physically and emotionally. That’s a really quick, intimate experience. It’s an exercise of trust. They have to know that I will take care of them and that they’re in good hands. I have to make them to feel comfortable.”

Broecker has worked on shows from House of Cards to 30 Rock and even the Emmys, but nothing compares to the craziness of SNL. Inside the NBC Studios he may create a safe place for cast members to be vulnerable, but he can’t get attached to his own work. He might costume a sketch featuring SNL veteran Keenan Thompson and that by the end of the week puts Kate McKinnon in Thompson’s role.

“Life will always bring you a problem, and you have to solve it. The more you hold it tight, the harder it will be to really think about it.”