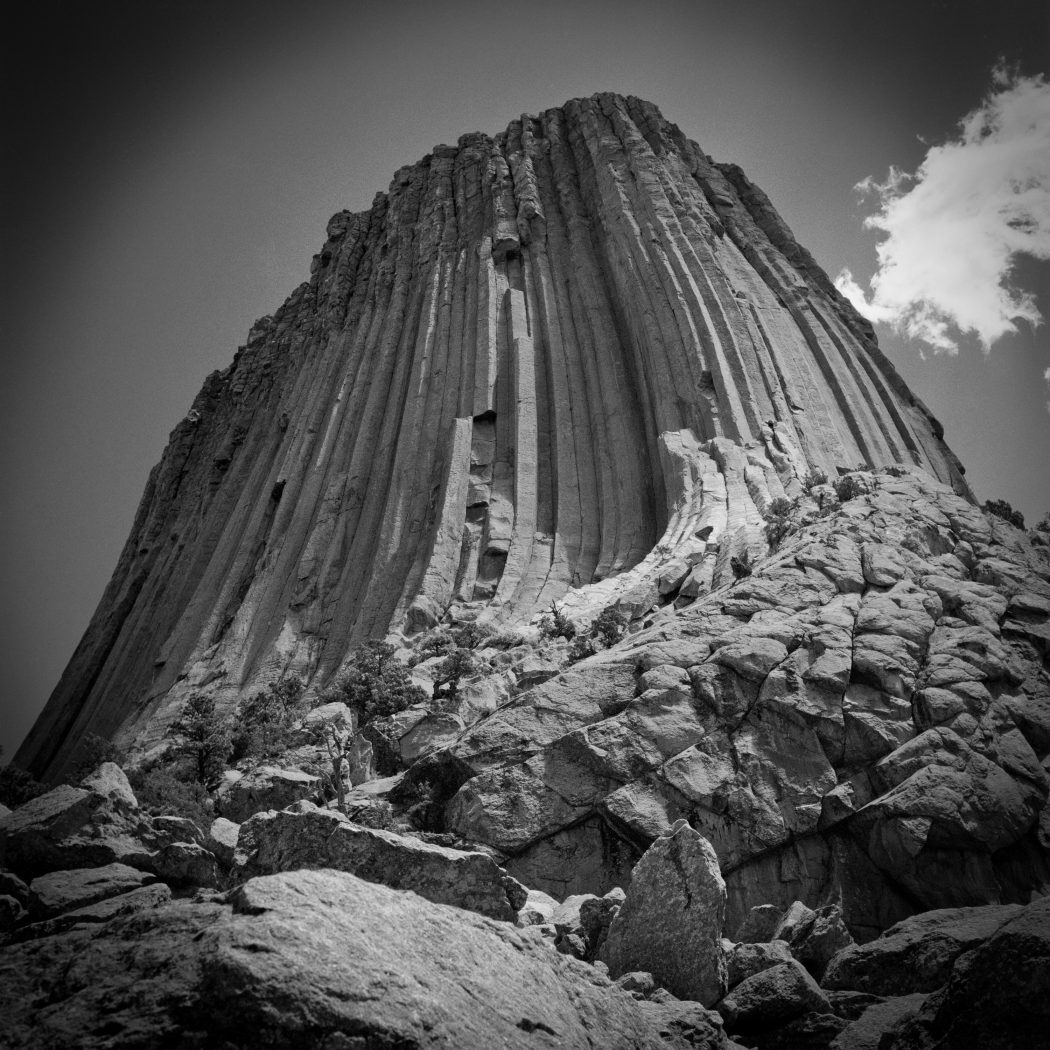 We’ve been fortunate at WM to include photographer Denis Kelly’s images several times in the last 20 years, but this photograph of Mato Tapila is one of his most striking pieces. In the story below he tells how he and his daughter Clare came upon this scene during a pilgrimage to Lakota holy sites.

See photographs and listen to audio from Kelly’s most recent exhibition, “A Pilgrim’s Journey in France and the Lakota Territories.”

My daughter, Clare, and I traveled to the Pine Ridge Reservation and the Lakota territory, where our guides were Guy Dull Knife and Joe Whiting.

Joe Whiting calls himself Indian Joe. He’s a big guy, about 6-foot-three, and he tracks his lineage from both the Lakota and from the soldiers who attacked the Lakota: One of the soldiers who was at Wounded Knee married a Lakota woman and Joe is a descendant of that union.

Joe took Clare and me around the area, and introduced us to Guy Dull Knife.

Guy’s family secretly kept alive the Lakota traditions of the sundance and sweat lodge and other ceremonies alive for years when those practices were banned by the government.

Then Guy and Indian Joe showed me on the map the seven holy sites of the Lakota, and Clare and I went to those places.

Clare and I camped near and hiked around and explored these sites—it was such a privilege to be there with my daughter.

We spent all day climbing this place called Bear Butte in the Black Hills, and at the top we found prayer flags flapping in the wind, like in the Himalayas. We stayed there through sunset, and it was beautiful, but we had to climb down in the dark, which took about an hour and a half. As it got darker and we could see the stars, and we got to the bottom and looked up at the mountain behind us we could see the constellation the Greeks called Ursus Major, the Big Bear, right above Bear Butte.

Then we drove for hours through the night to Mato Tipula, and arrived at the campground about 2 a.m.. We set up camp using our headlamps, and as we were putting in the last of the tent stakes and our eyes adjusted to the dark, there it was—this enormous black mountain sticking up into the starry night. Mato Tipula—Bear Lodge.

And directly overhead was Ursus Major.

It was breathtaking to see Bear Lodge with that constellation overhead.

We got up at dawn to the sound of prairie dogs and the smell of wild sage, and I took this photograph with a Rollei twin lens reflex film camera.

Read our first story about Denis (1997) and see more of his photography here.