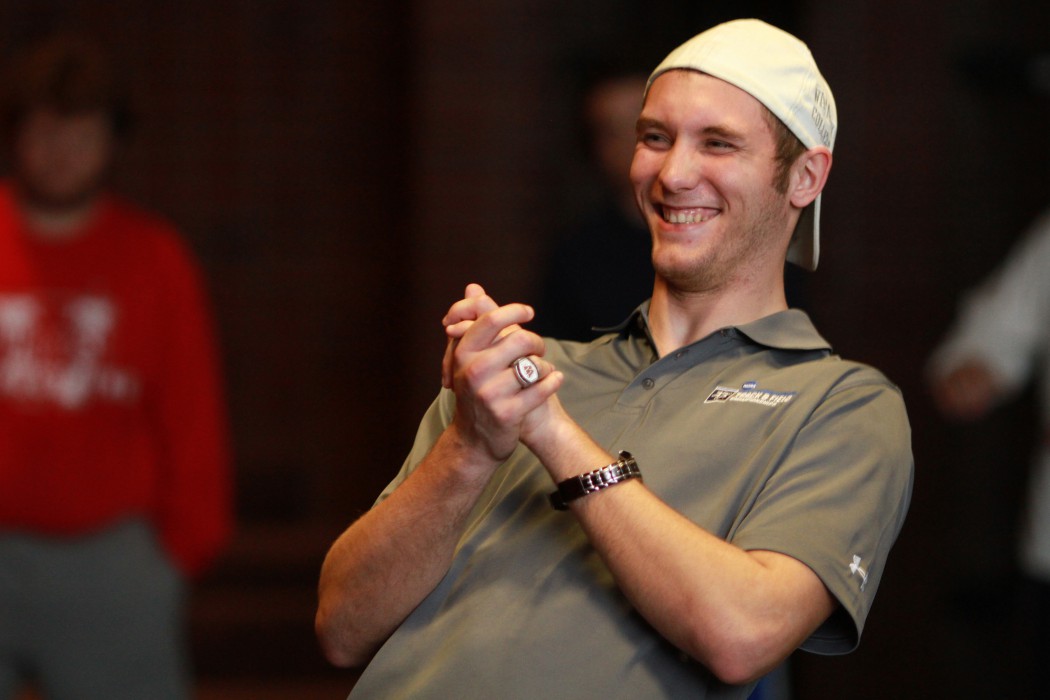 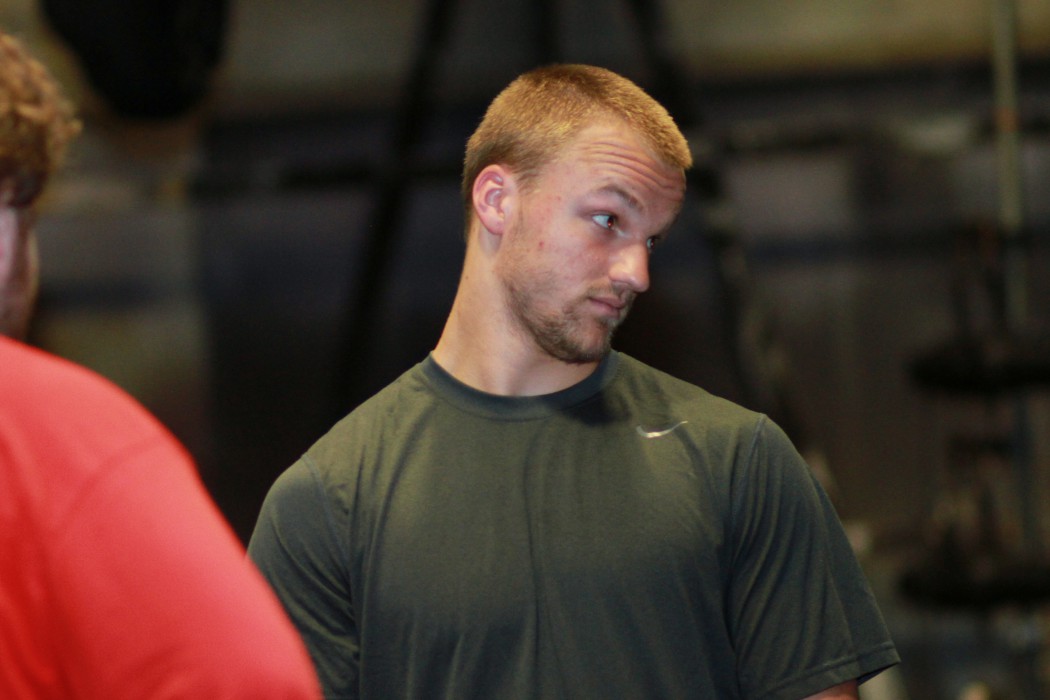 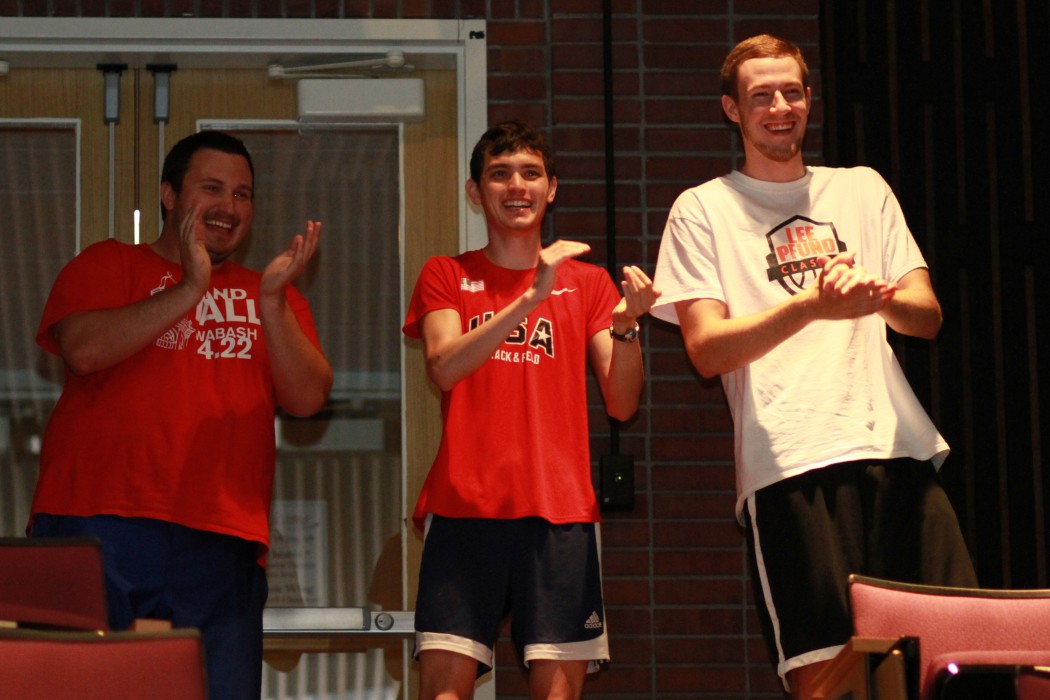 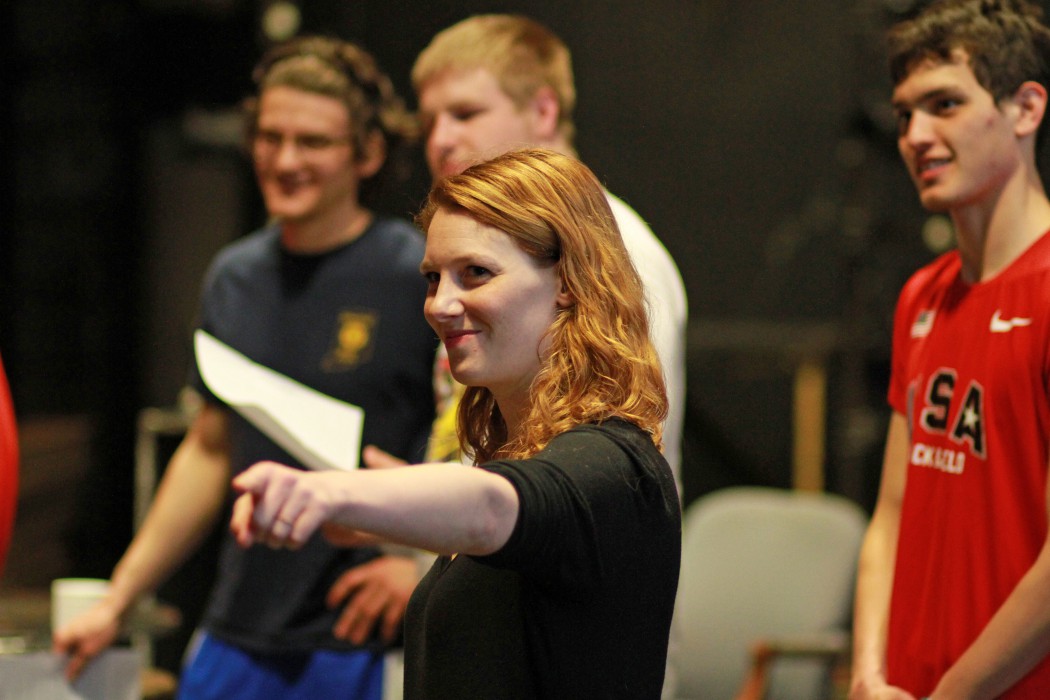 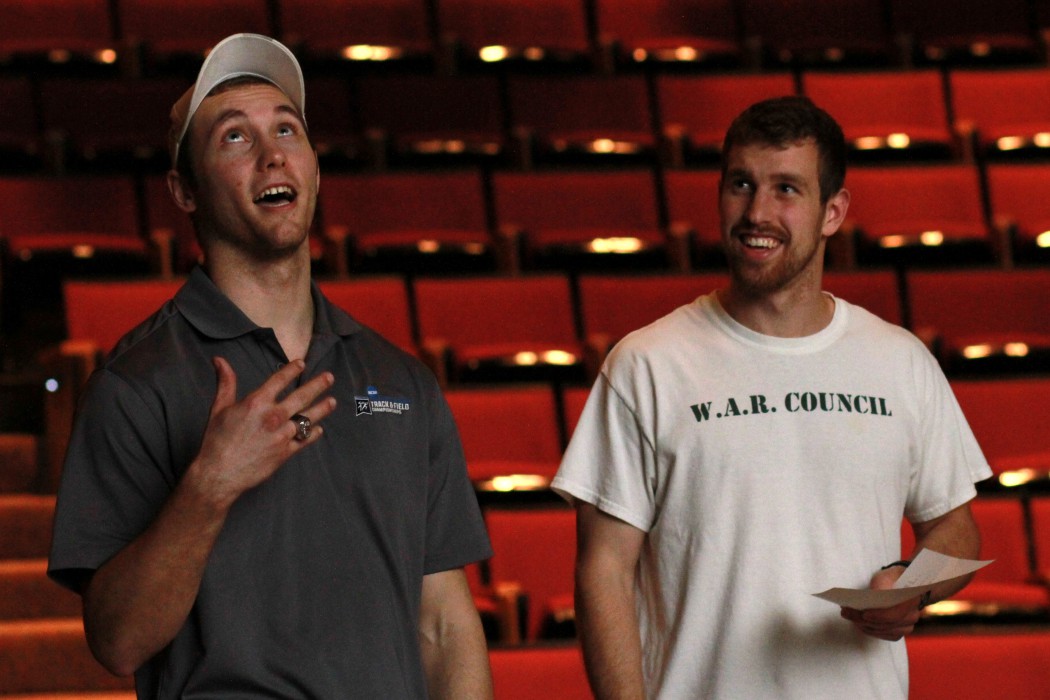 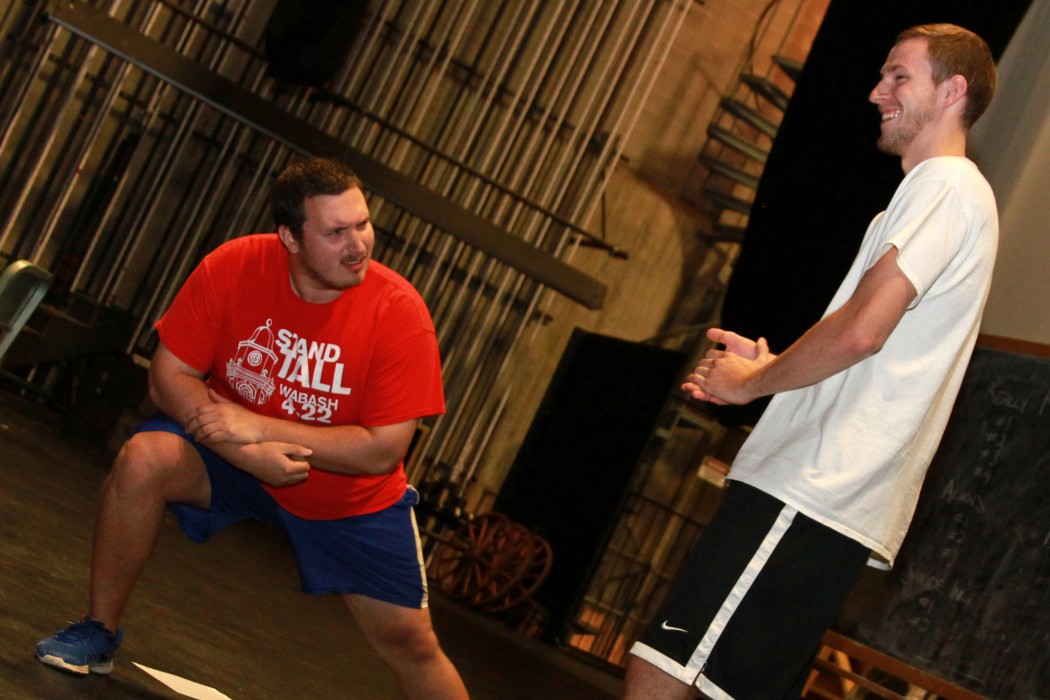 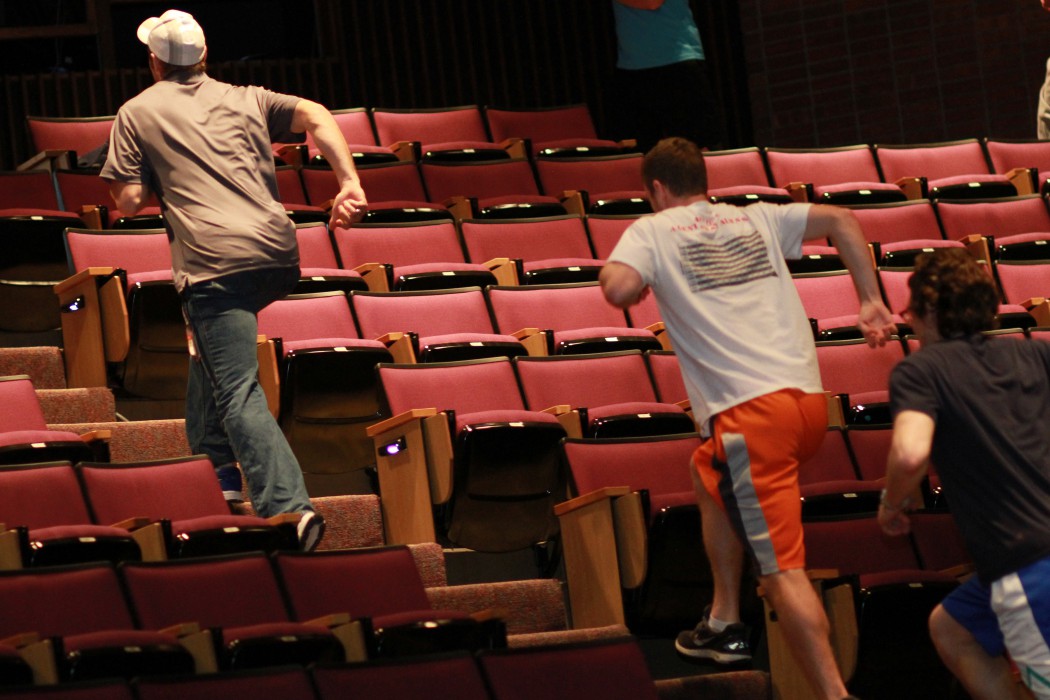 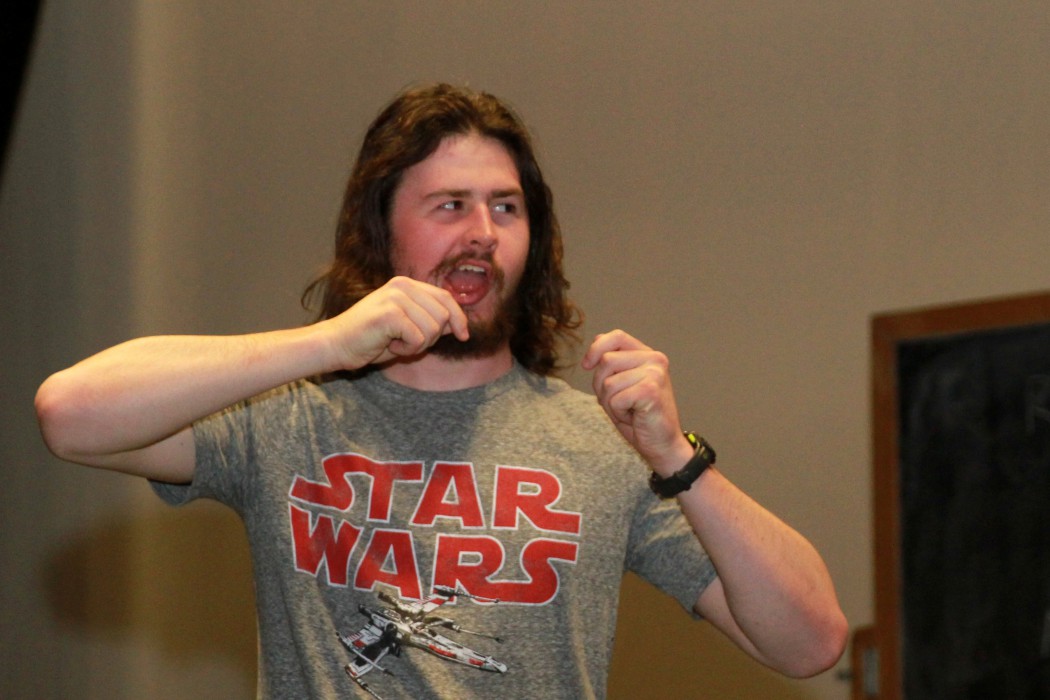 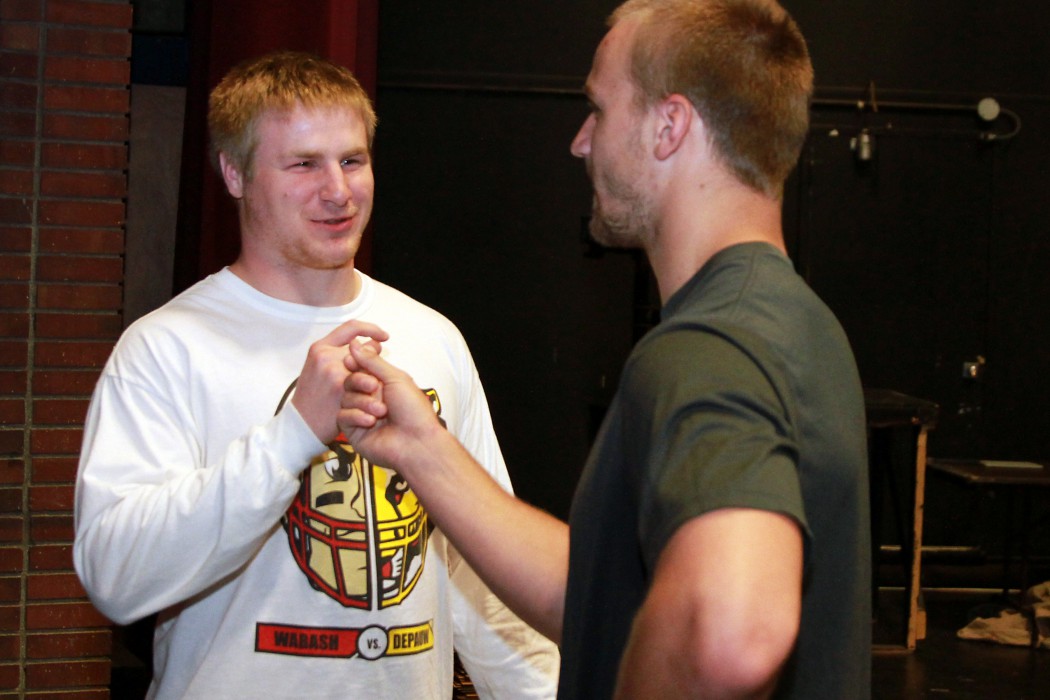 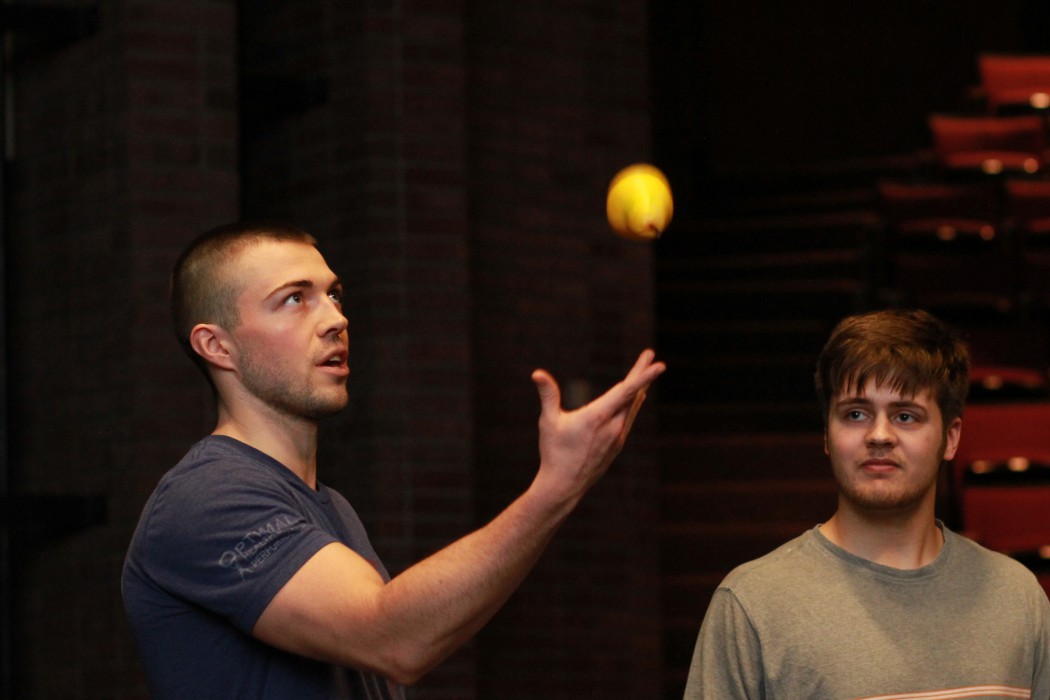 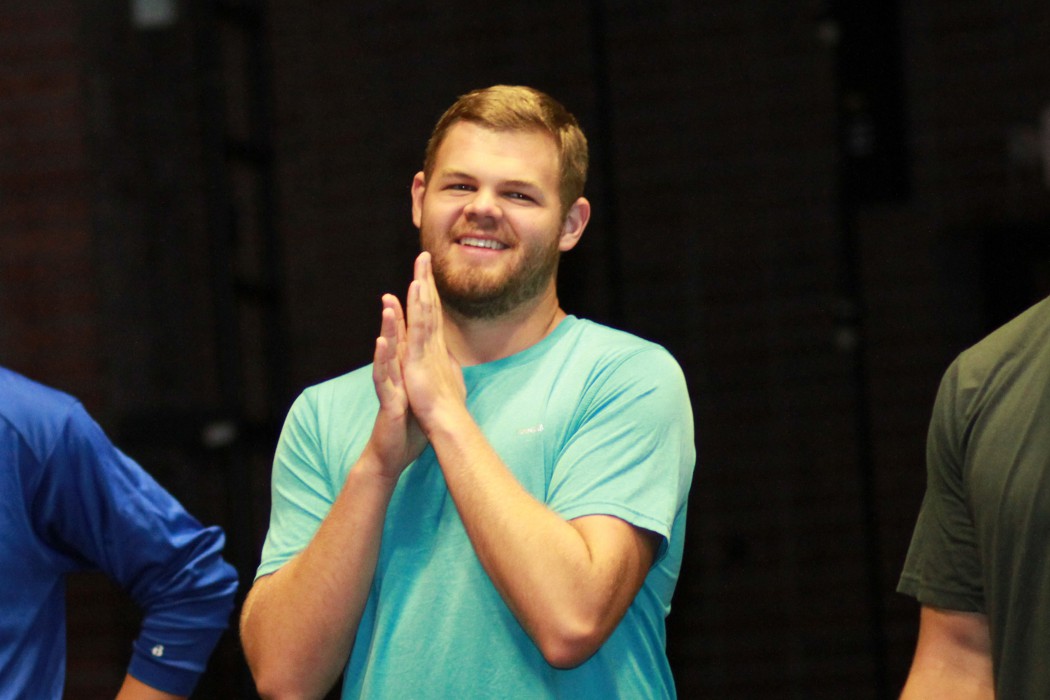 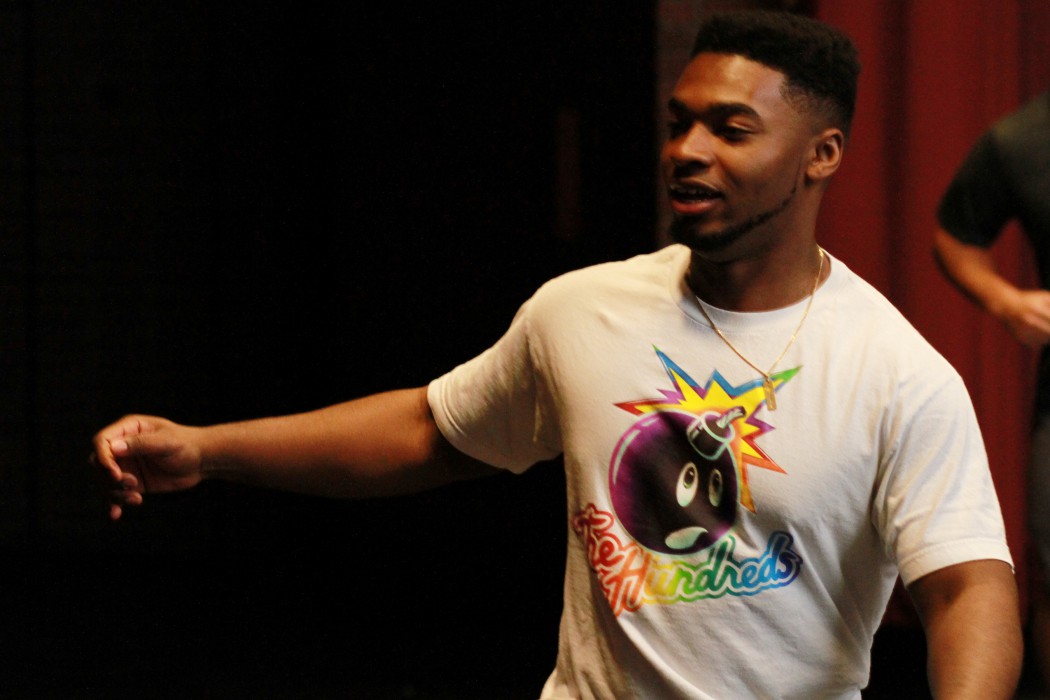 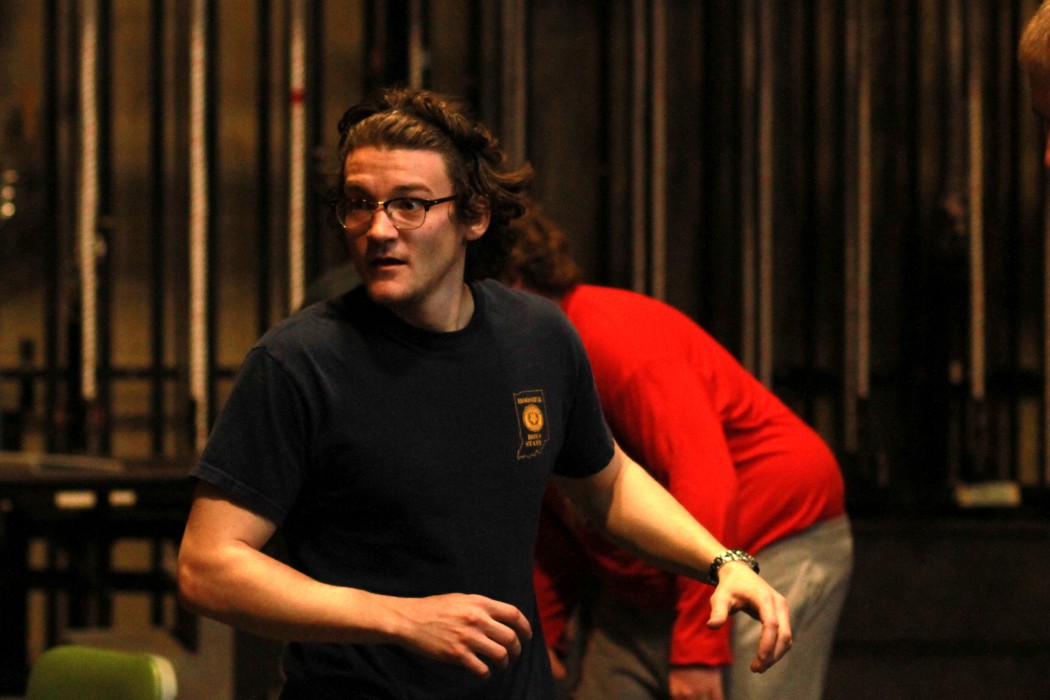 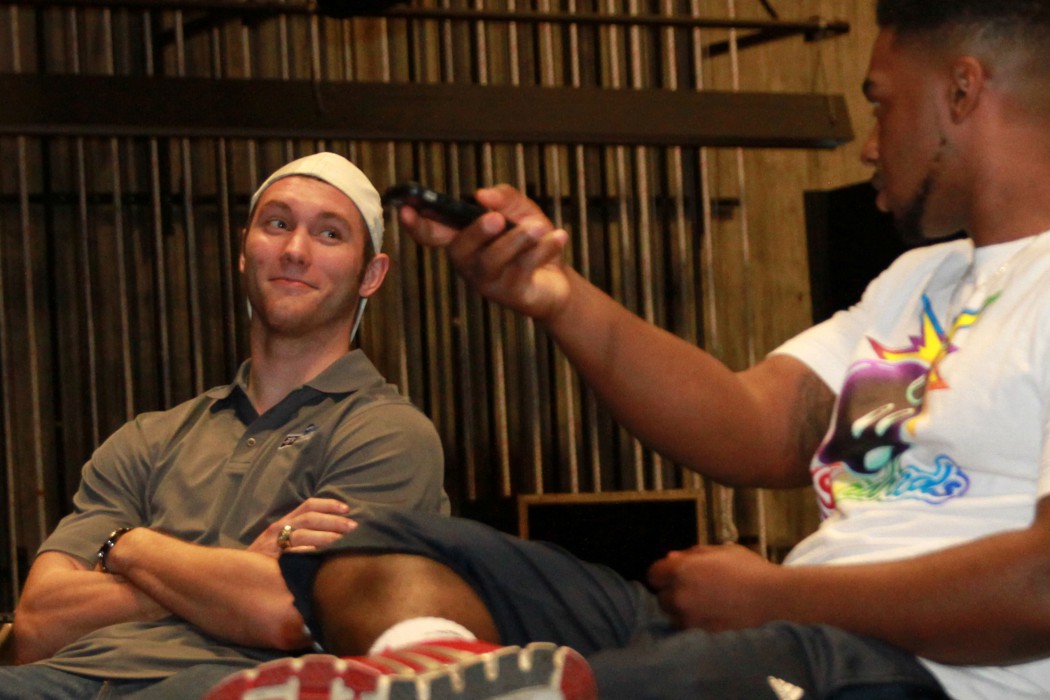 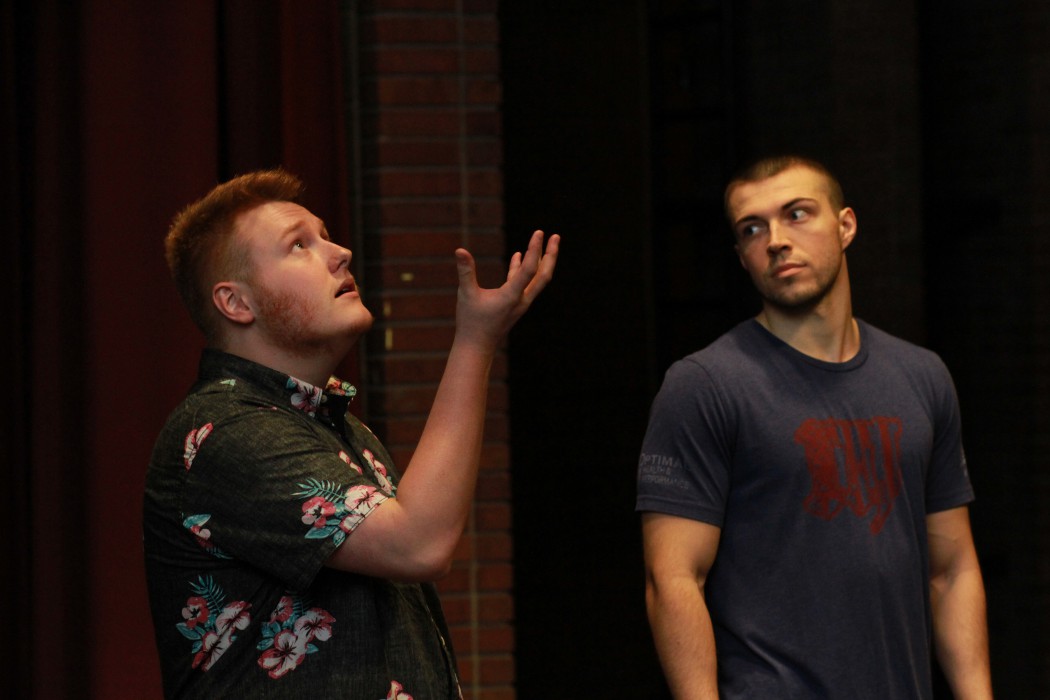 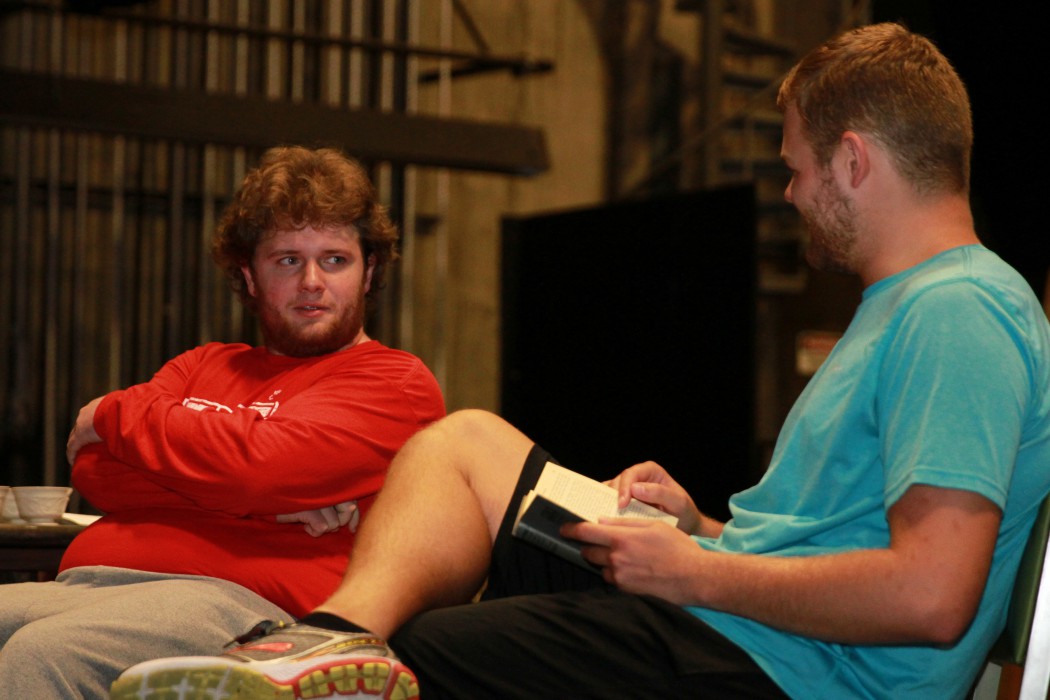 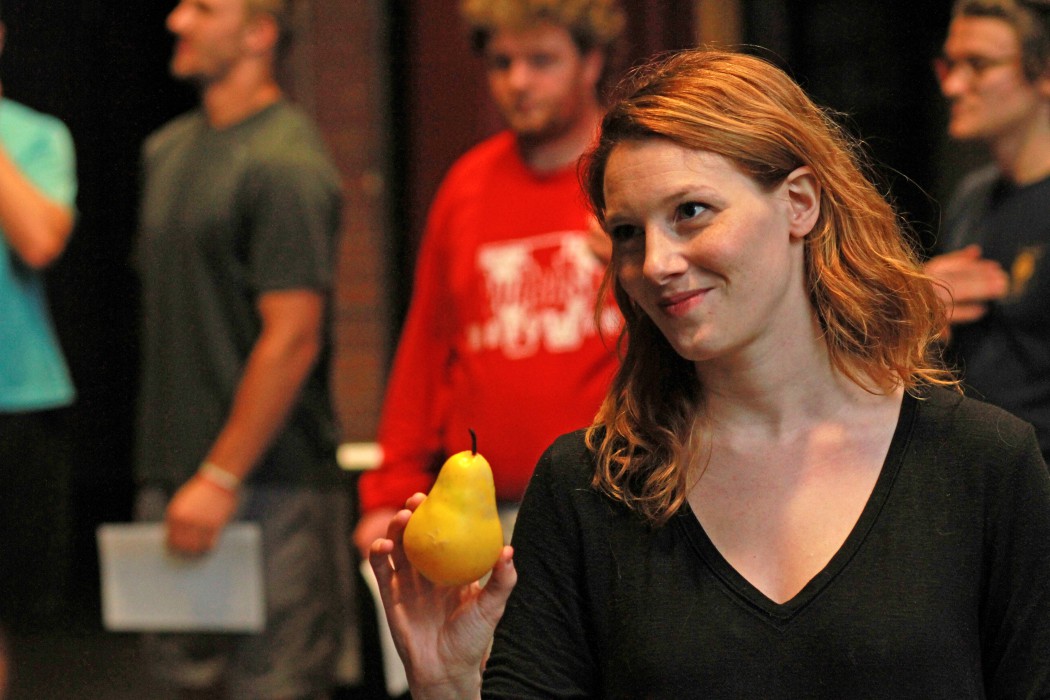 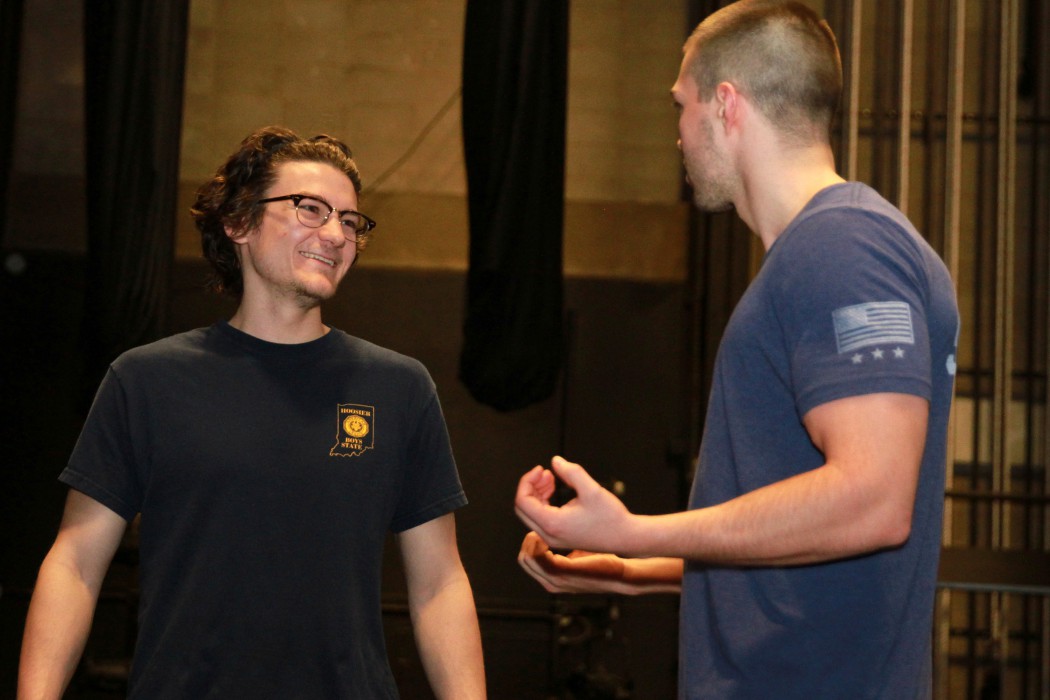 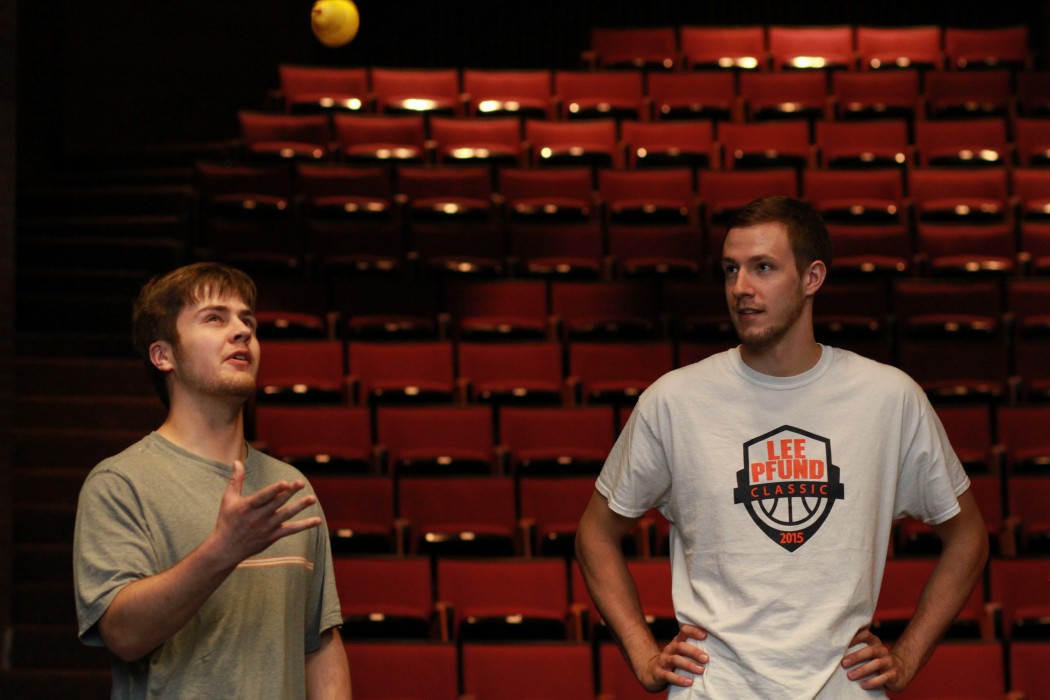 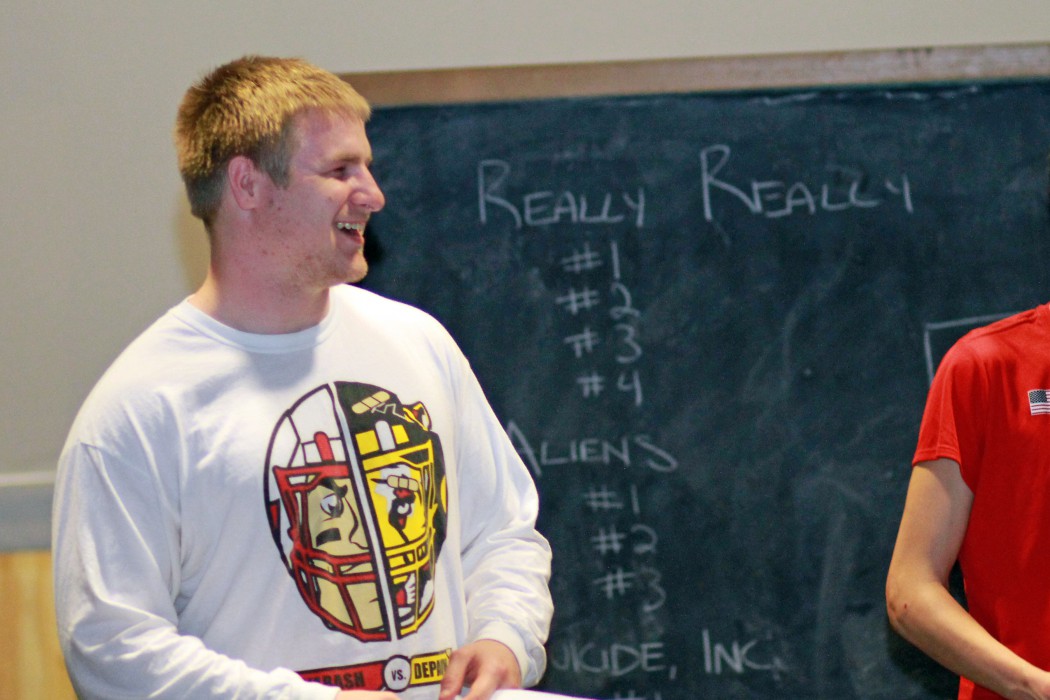 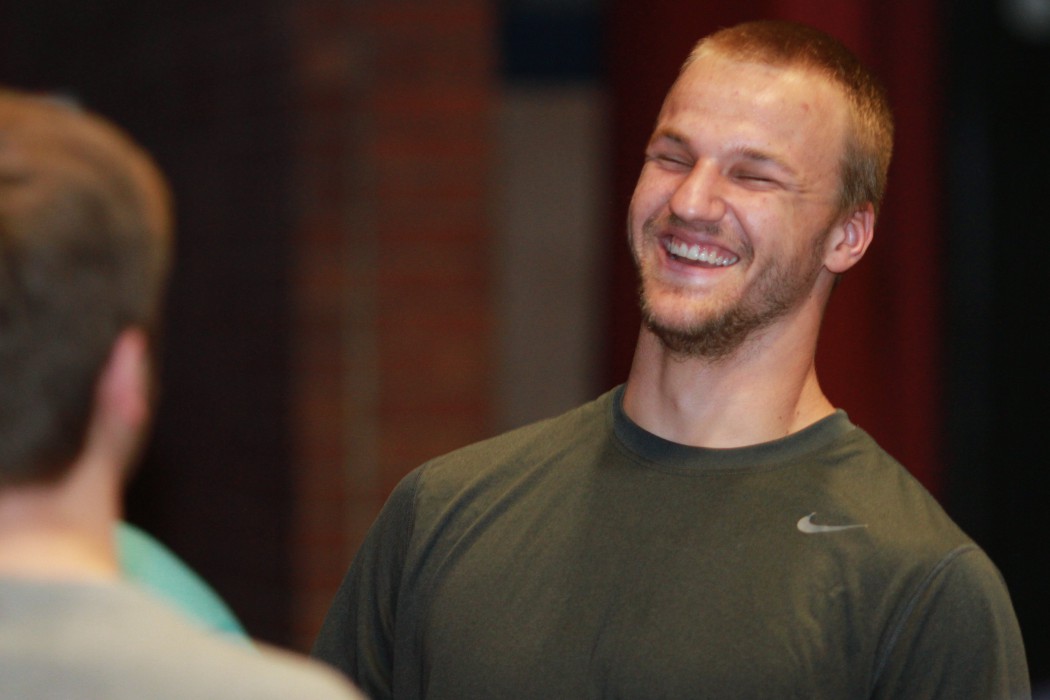 Steve Charles—In my 20 years working at Wabash I’ve sat in on several courses I wish I’d been able to take when I was a student.

I didn’t expect Introduction to Acting to be one of them.

But photographing Professor Jessie Mills’ class last week as she put her students through a series of acting exercises in the “comedy technique” module, I realized these guys were getting practice at something I sorely needed when I was a student. Something I’m sadly lacking in even now: the ability to clearly, accurately, and confidently express myself in public using humor, one of the most powerful means of doing so.

As Professor Mills put it, “the students learn the specificities and nuances of comedy technique.

“They learn how to marry authentic expression with technical craft and, more importantly, the tools necessary to make an audience laugh.”

And even though you can see many of them are pushed well outside of their comfort zones, they seem to genuinely enjoy learning something that will serve them in practically any field they choose.

That will make them better advocates for those they care for, for those causes they believe in.

As Andrea James ’89 put it in a recent visit to Wabash, “Comedy is about telling a certain kind of truth that can’t be told in any other format.”

“Outside of the classroom, these tools promote self-expression, awareness and confidence,” Mills says. “They strengthen skills in collaboration, empathy and critical thinking.”

And watching students learn them made for some of the most fun I’ve ever had photographing at Wabash.