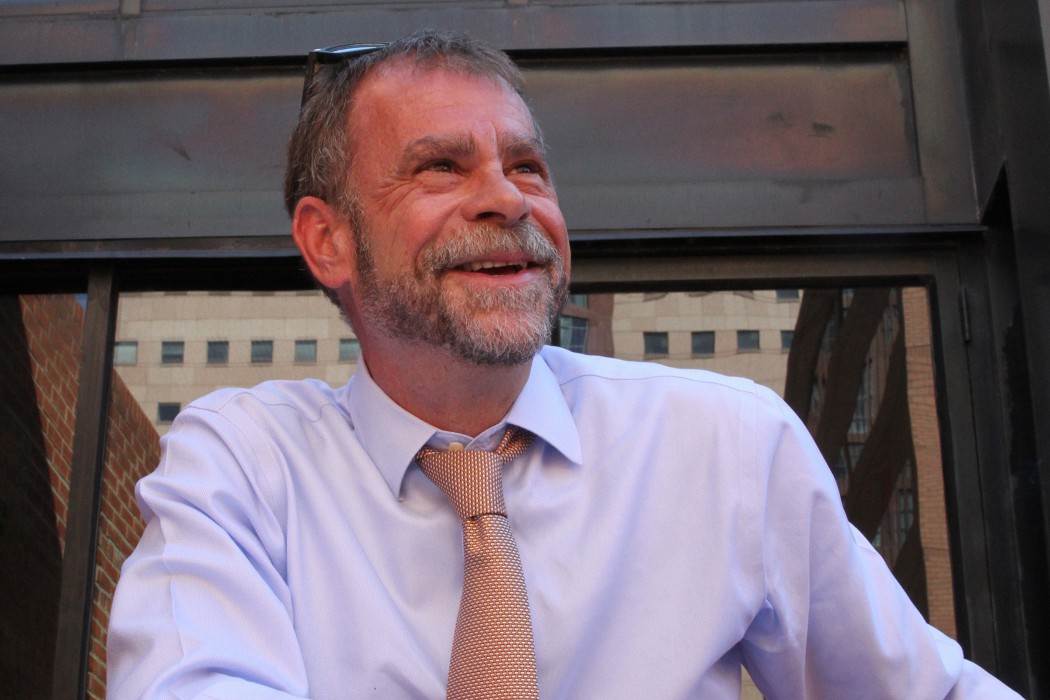 Orange is everywhere at the Insider. 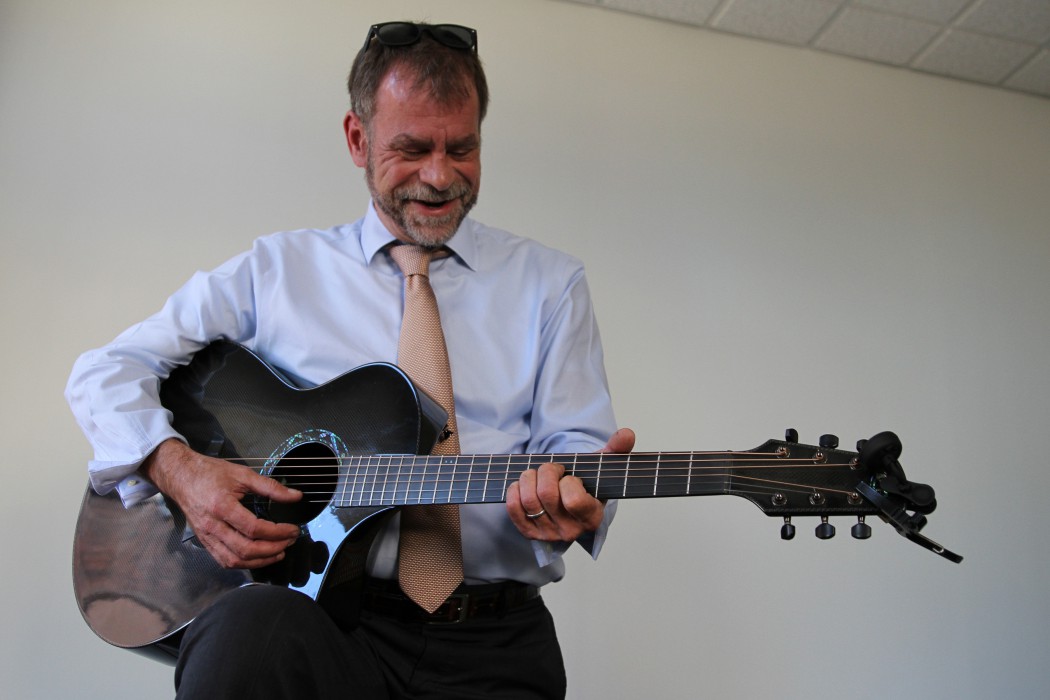 Cottingham picks up a guitar in his office: "When I left college, I was going to be a songwriter." 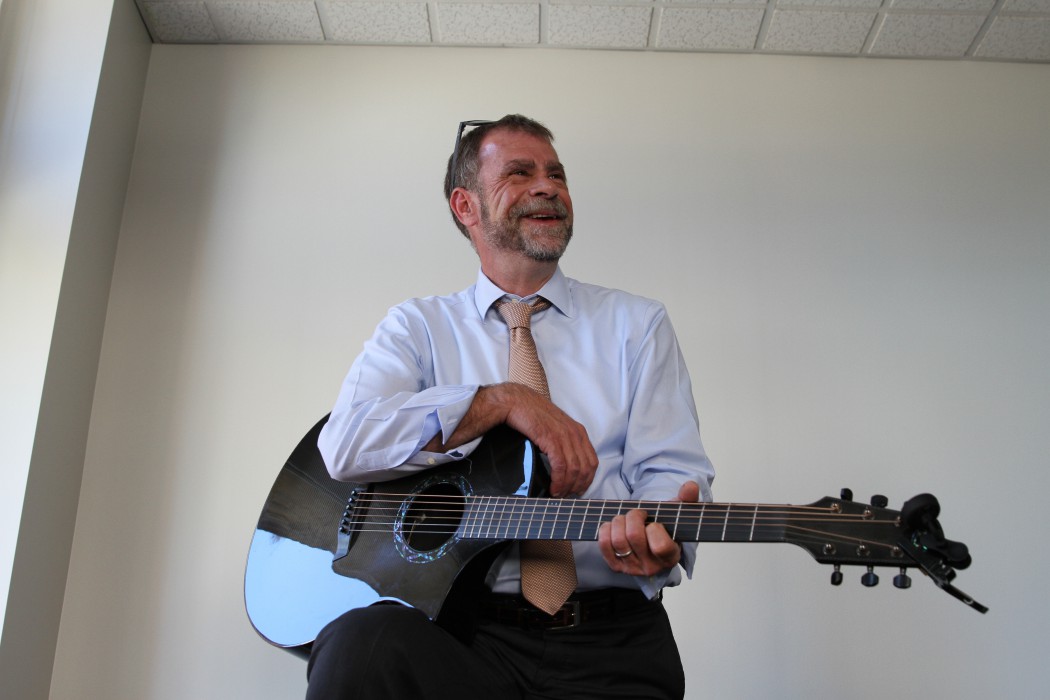 "Had things gone differently, I probably would have gone to Nashville. But it wouldn't have surprised me if I'd ended up in the business side of the music business." 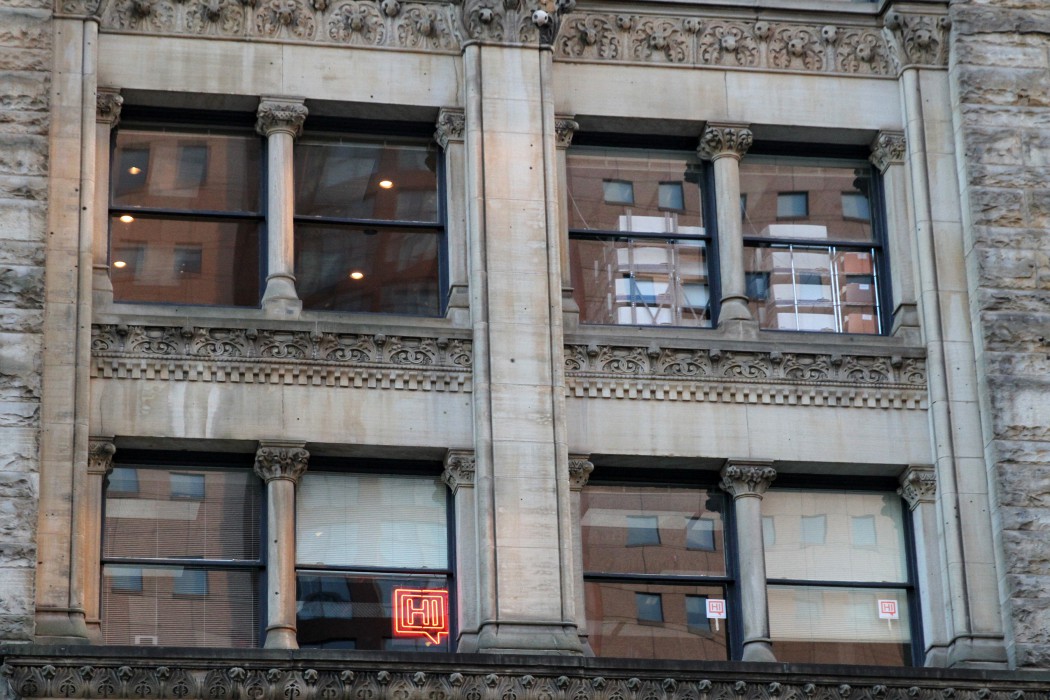 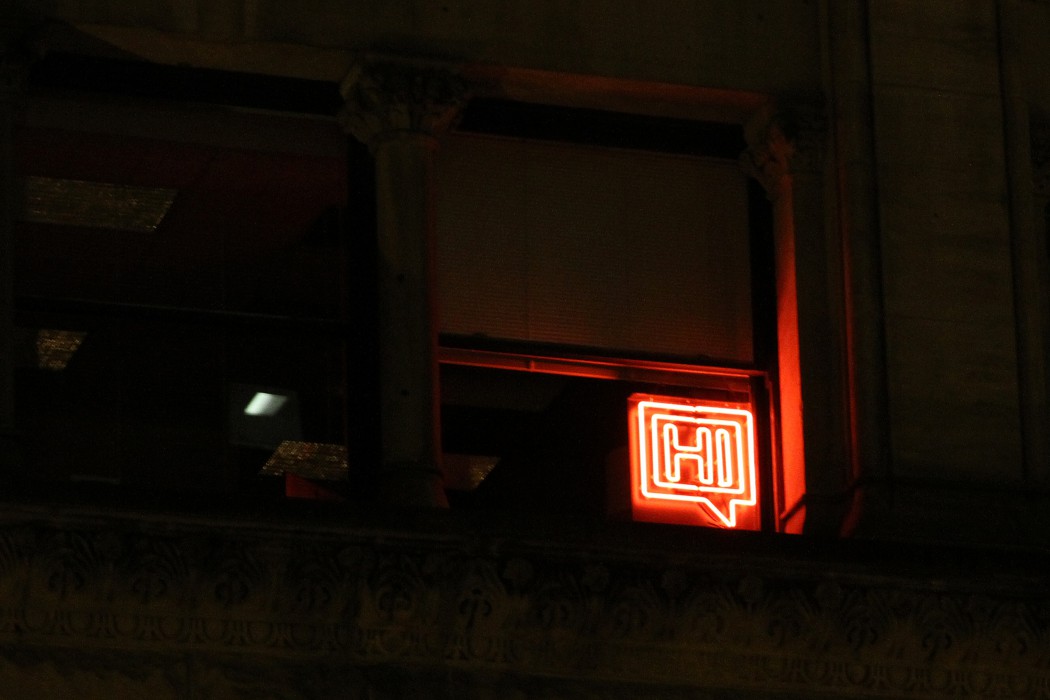 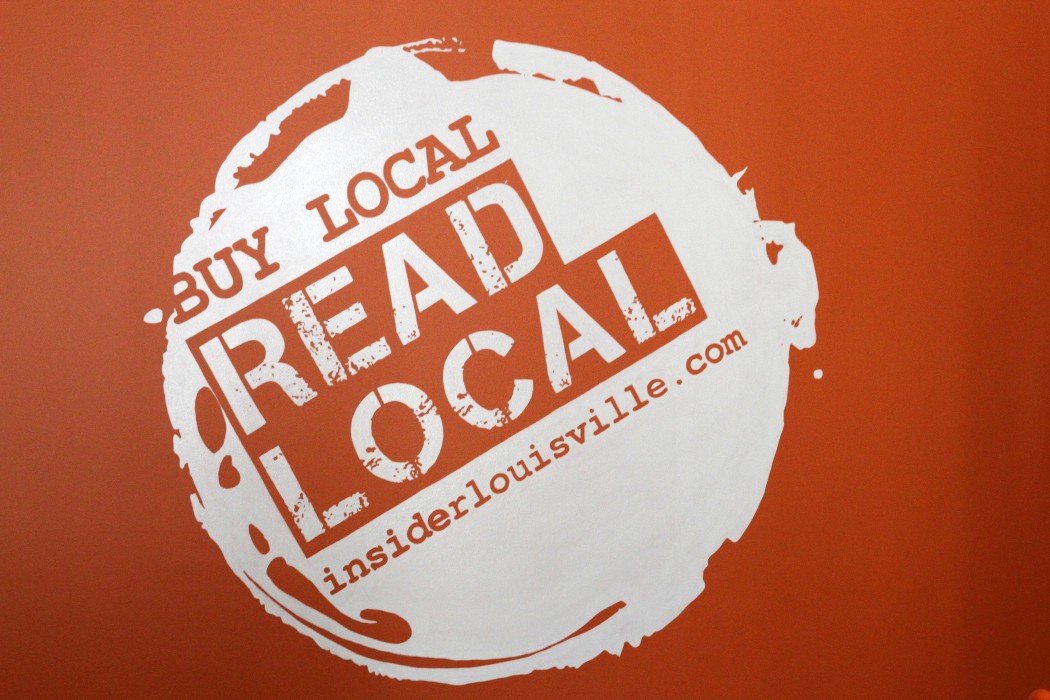 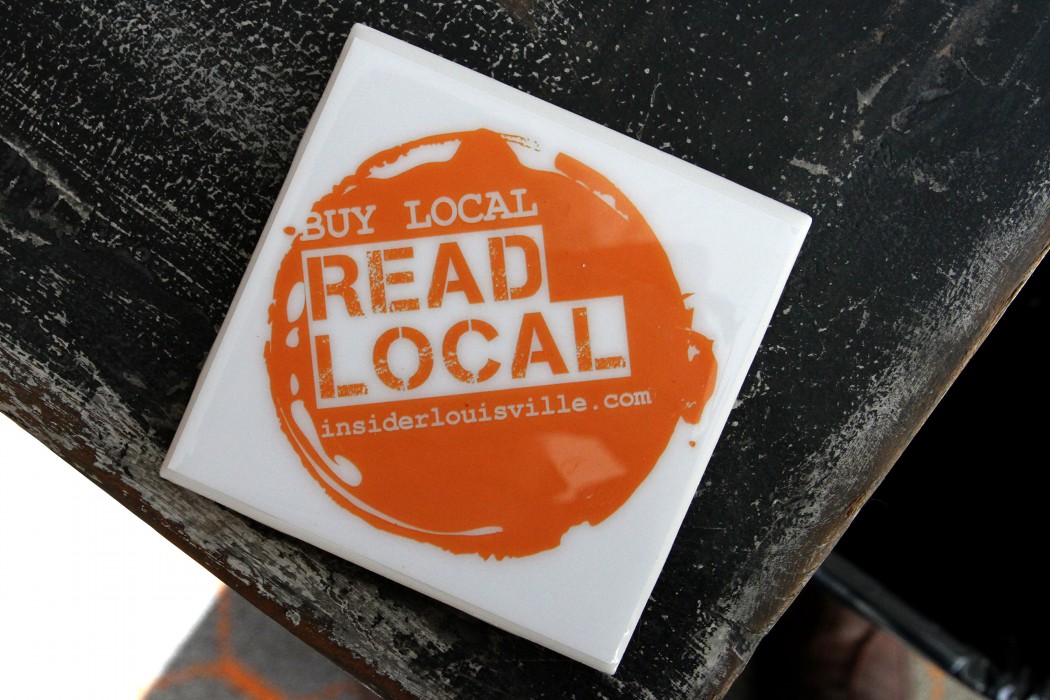 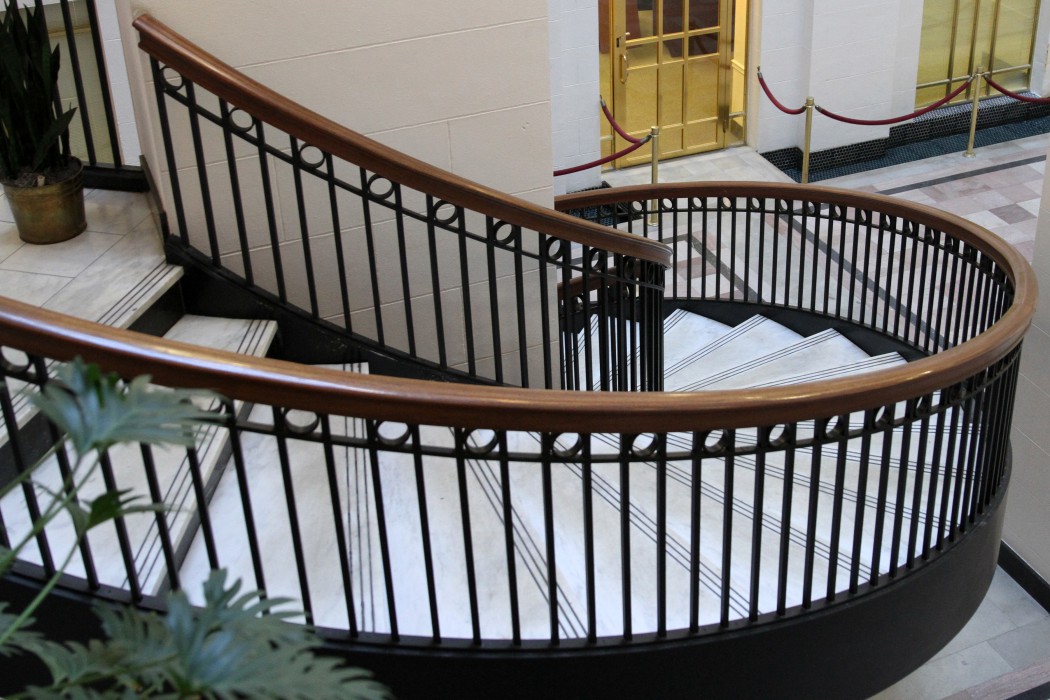 The stair in the old Stockyards Bank building, where Insider Louisville's offices are located. 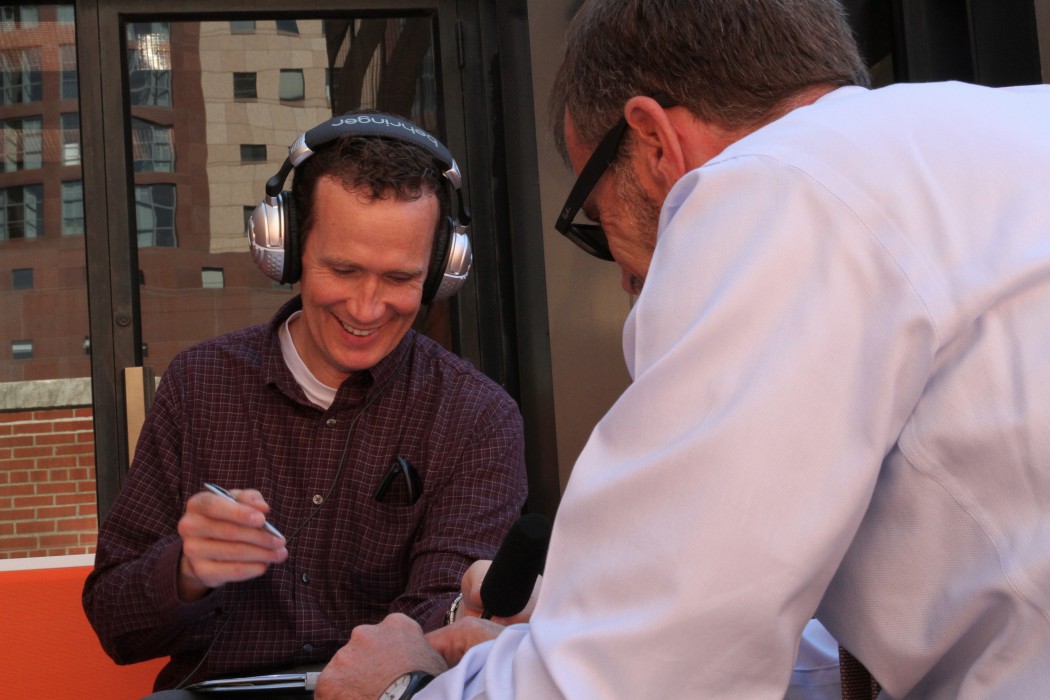 Rich Paige enjoys the banter during his interview with Cottingham. 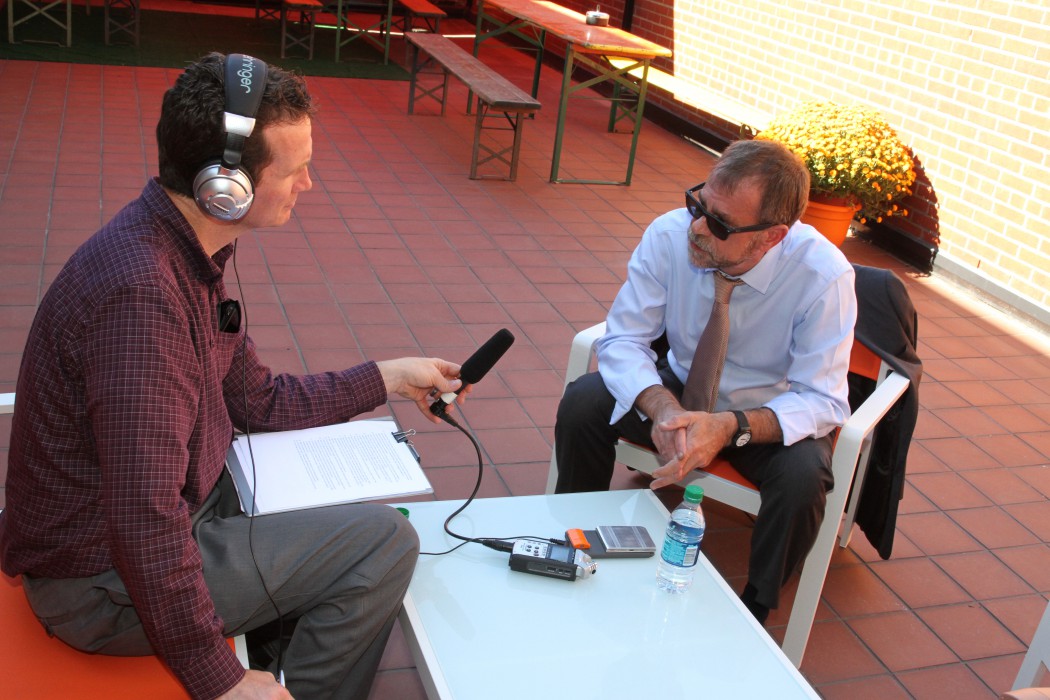 Wabash On My Mind podcast on the road in Louisville. 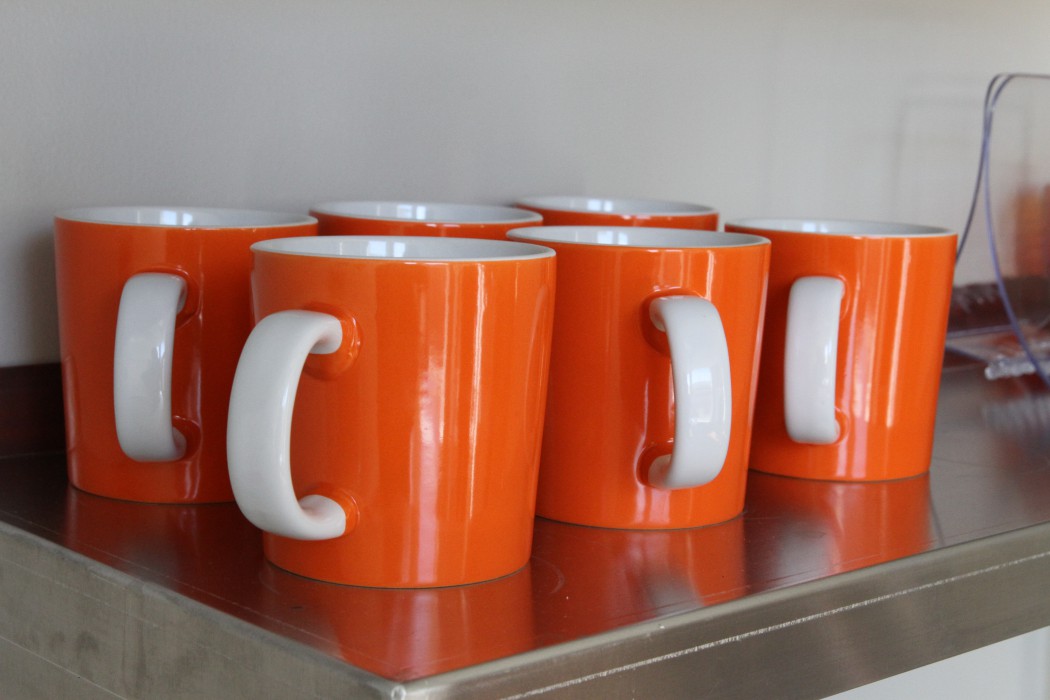 Did we mention Cottingham likes orange? 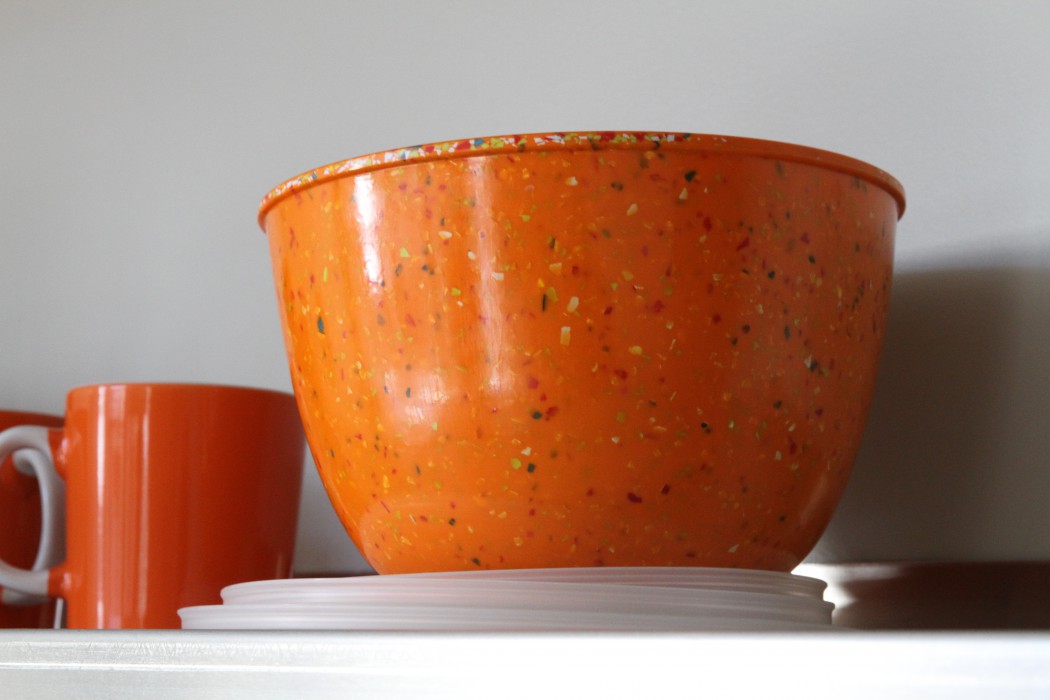 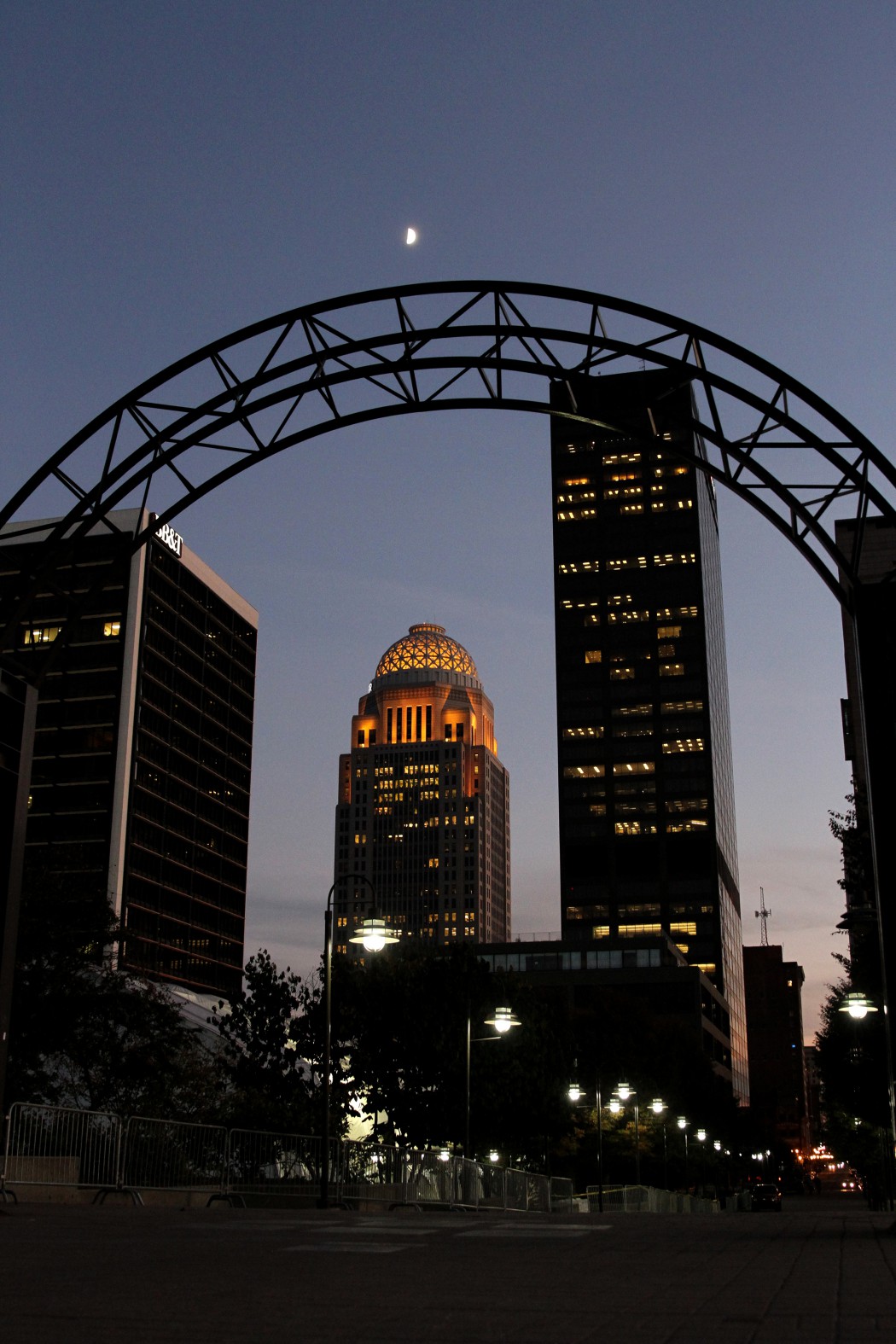 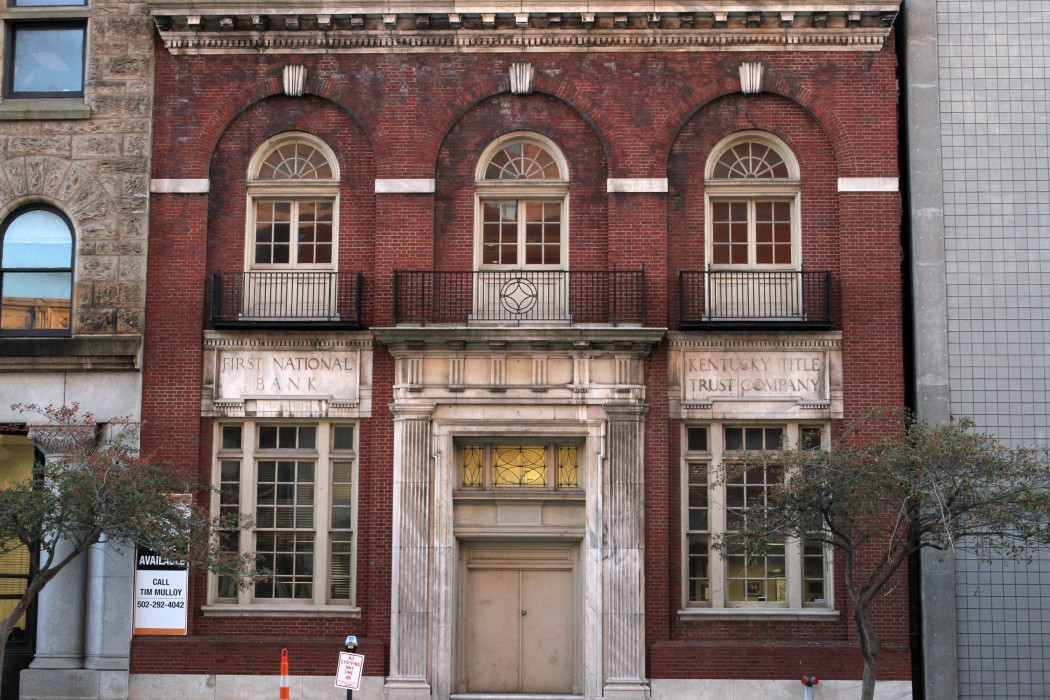 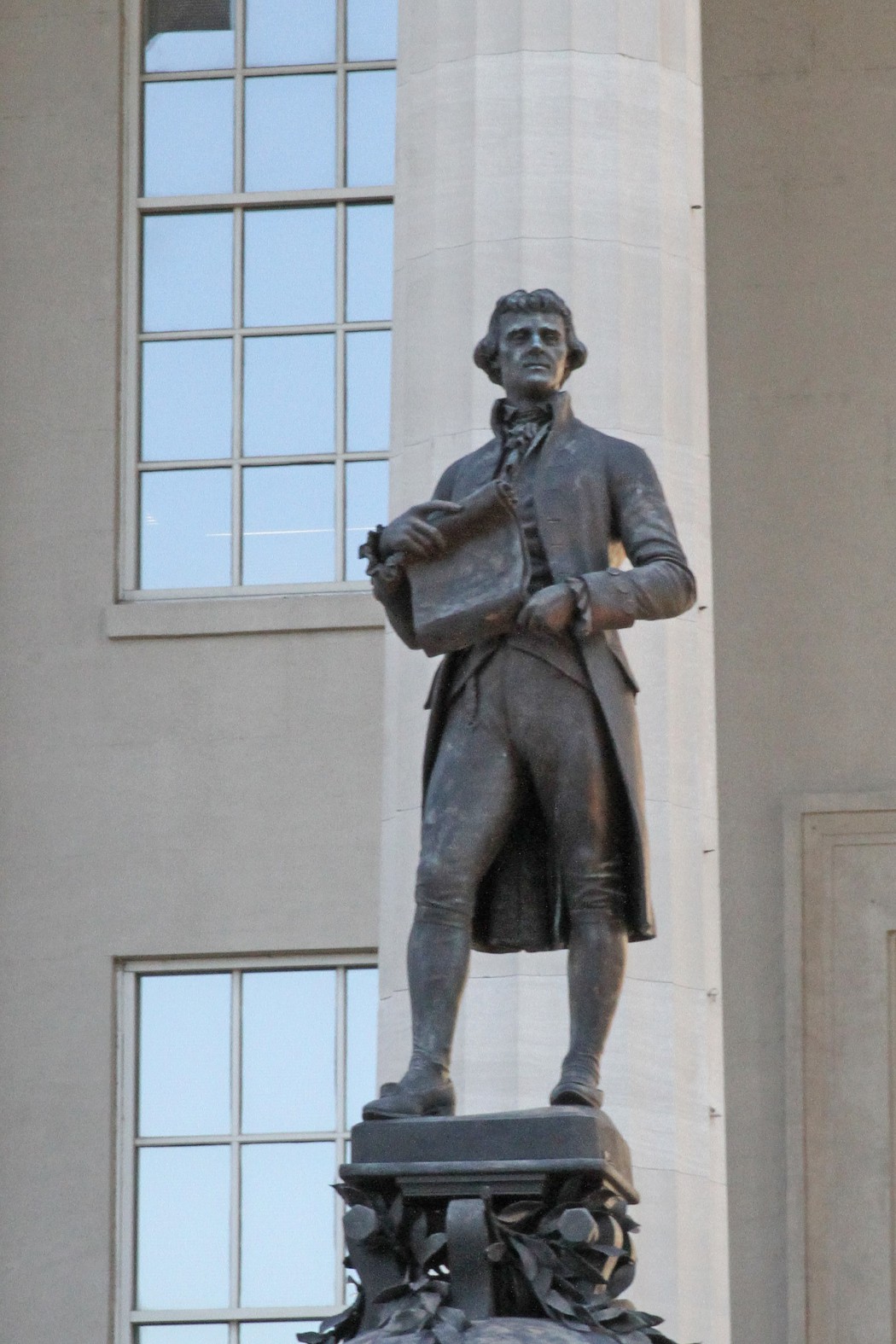 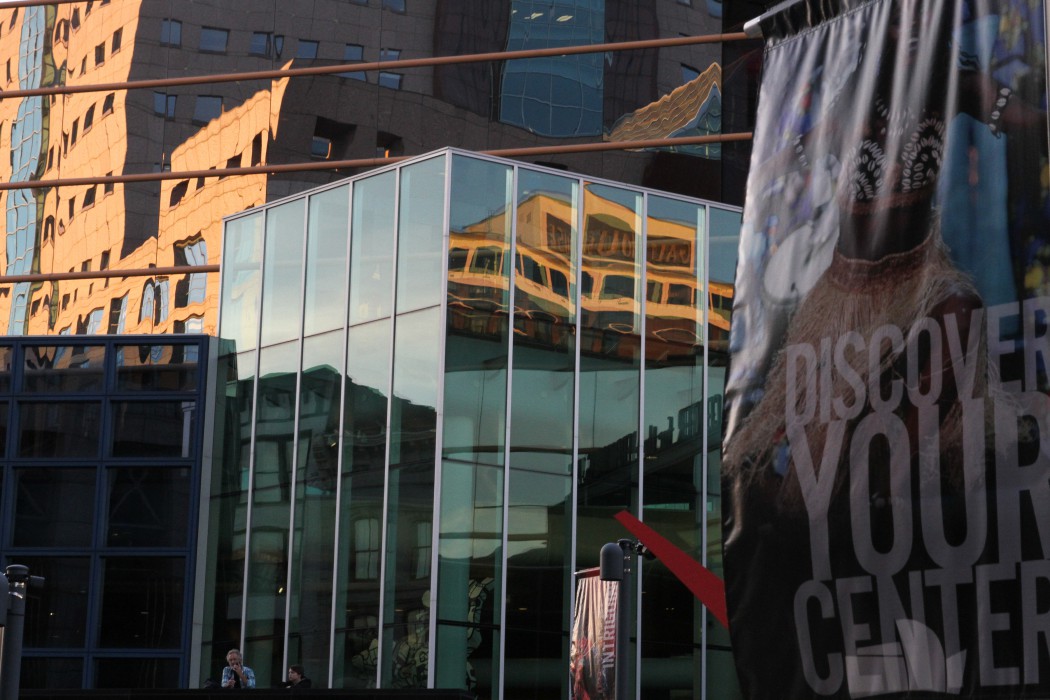 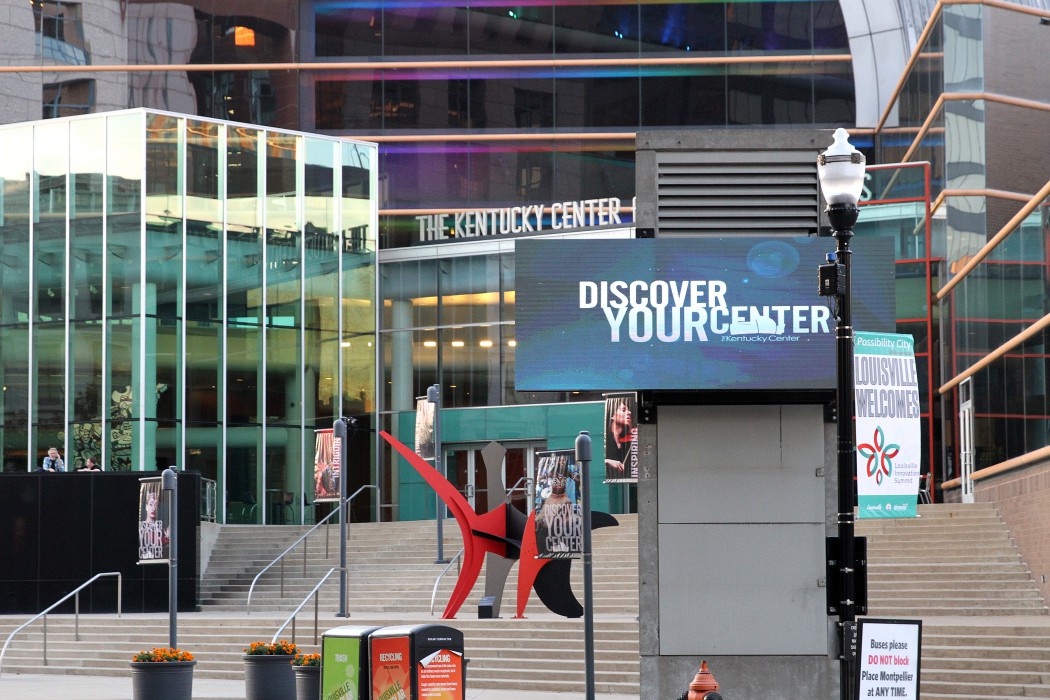 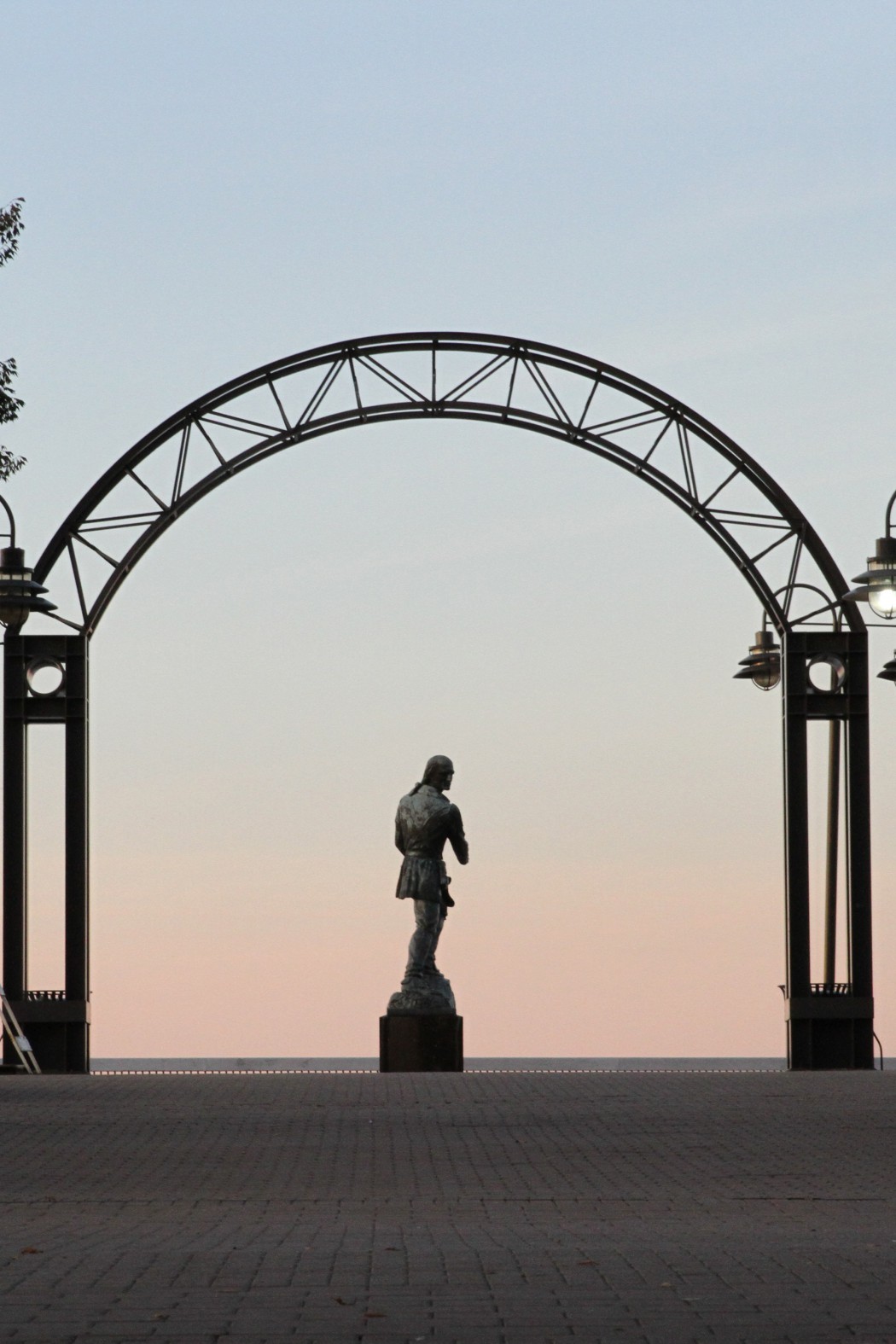 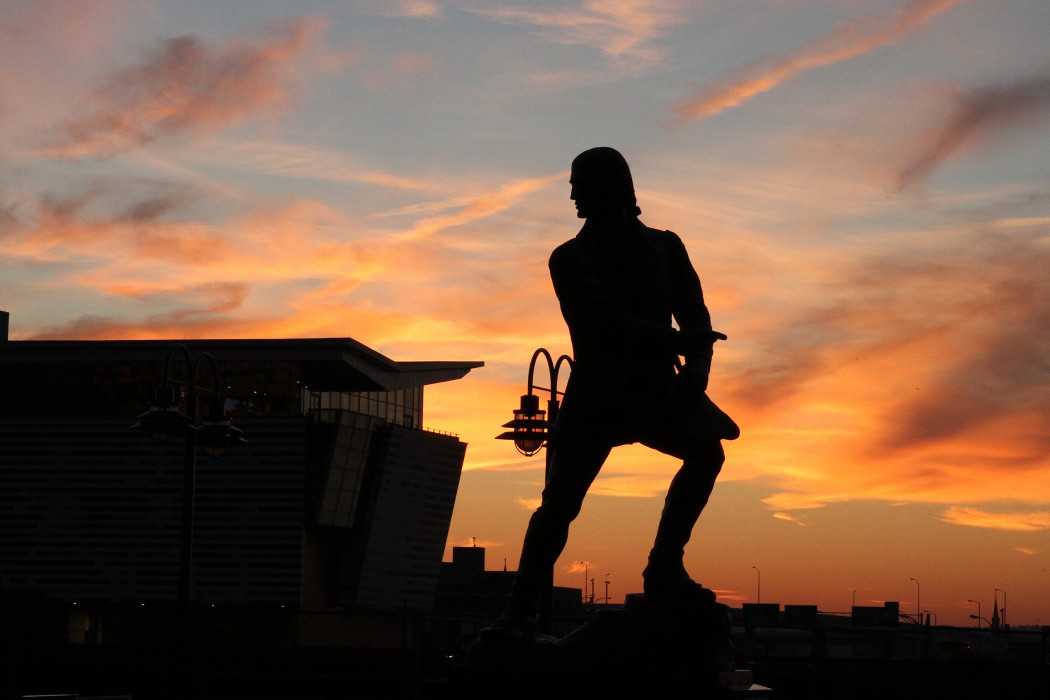 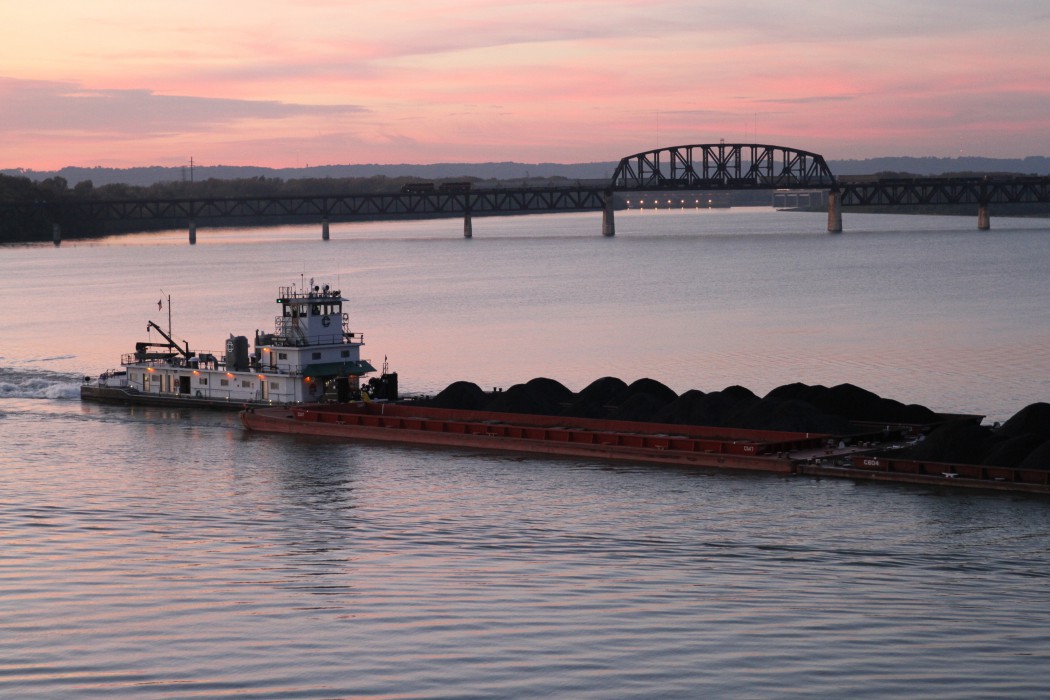 “The Liberal Arts is Strategy”

Our road trip to Louisville for podcasts with entrepreneur and Insider Louisville founder Tom Cottingham ’82 and Legal Aid Society of Louisville Executive Director Jeff Been ’81 gave us some great interviews and photos for Wabash Magazine. So many, in fact, that a lot of good stuff didn’t make the print edition.

One of the most interesting was Cottingham’s riff on “alpha” and “beta” entrepreneurs, and how the liberal arts is excellent preparation for both.

“We have made a mistake as a society talking about entrepreneurs without really understanding what the dynamic really is,” Cottingham said.

Here’s an excerpt from Rich Paige’s interview with Cottingham exploring that dynamic and the different ways entrepreneurs measure risk. But first, an elevator speech on why the liberal arts is an essential preparation for entrepreneurship:

On Entrepreneurship and the Liberal Arts:

Paige: Is there something that makes a liberal arts guy a little more prone to success in business leadership?

Cottingham:  If you can connect the dots, you’re better at everything.

I was literally just talking to our sales people about how you’ve got to be curious about everything. And I think that people who are educated in the liberal arts have the tools to be curious.

You’ve got to have the tools.

Maybe you took a constitutional law class, so you at least have some empathy for the process. A lot of business is about being able to empathize with your customer, with your suppliers, with your employees and try to figure out where they’re coming from.

A liberal arts education allows you to do that.

The liberal arts is a strategy—that other stuff is tactics.You can learn the technical skills. For example, take digital marketing. It’s a tactic—that’s all it is. Just a tactic.

I’m a big believer in getting the liberal arts base, and then adding on the skill set that you want to be your main tactic.

On Alpha and Beta Entrepreneurs:

Paige: To be successful entrepreneur, do you have to be immune to risk?

The answer to your question about risk is what I will call alpha entrepreneurs. I would say I’m one of them. And their defining characteristic is not that they have a higher tolerance for risk than everybody else. It is that they measure risk on a different scale.

That’s really good sometimes. Other times, it’s really, really bad. It is, in fact, a form of insanity.

It’s the guy who says, “We can charge up the hill and take those guys.” Sometimes, there’s a general standing next to you who says, “Actually, they got a lot of cannons up there. We will all die.”

There are other times when they’re like, “You know what? I think we probably can.”

The alpha entrepreneur needs beta entrepreneurs. This is where I think the breakdown is in our understanding of how this works. We put a bunch of people and put them through entrepreneurial MBA programs and all this stuff. They’re both doomed to fail, both types, without the other.

The successful entrepreneurs were almost always teams. Look at Ballmer and Gates, Jobs and Wozniak. The alpha entrepreneurs that surrounded themselves with beta entrepreneurs succeeded. Steve Jobs got fired from Apple because he forgot.

The problem is that society and all this emphasis on entrepreneurs actually makes the alpha entrepreneur believe their own bullshit. That’s what happened to Steve Jobs. It’s like, “I am the be all, end all.” No, you are an insane part of a very complicated matrix. That insanity is totally unique, but it’s very dangerous.

Do you need to measure risk differently? Yes, but don’t get too carried away with that.

I was successful to the extent that I’ve been successful because of other people. I just knew when to listen to them.

Paige:  So the key part in turning risk into reward is having a solid partnership that you can trust.

Turn a turnover into a touchdown. Stay on the field long enough to be able to take advantage of an opportunity. That’s really what it is.

Paige:  From a community standpoint, are some communities, say, like Silicon Valley, just more willing to take chances with venture capital and things of that nature than, say, your average sized city in the Midwest?

Cottingham:  Yeah, because Silicon Valley is full of a bunch of alpha entrepreneurs who don’t know how to measure risks.

Listen to the complete Wabash On My Mind podcast with Cottingham here.