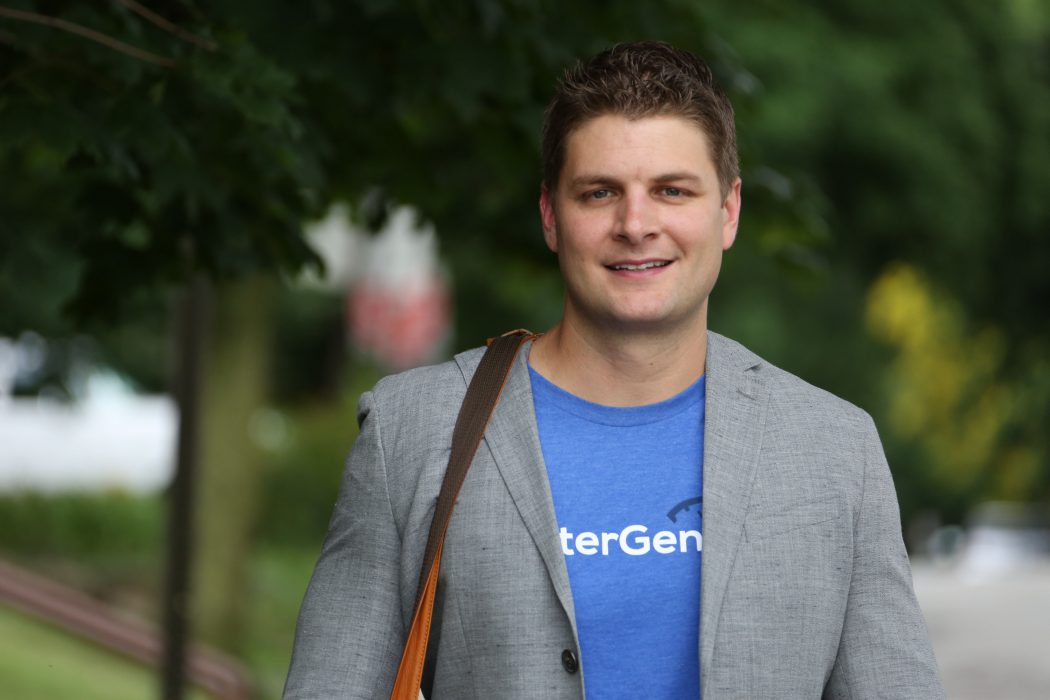 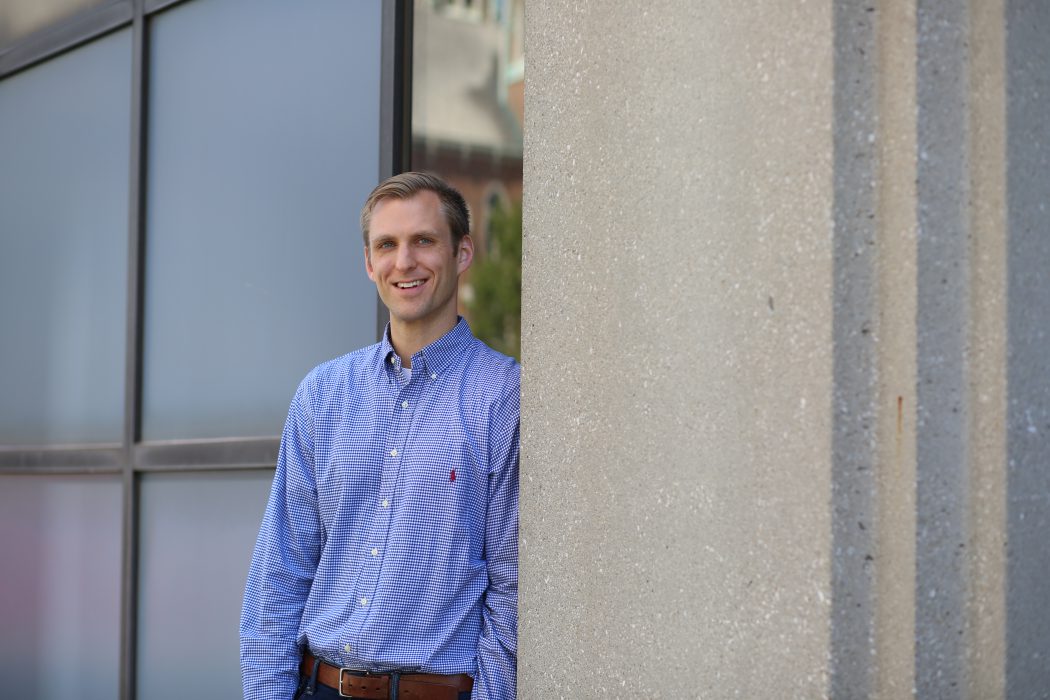 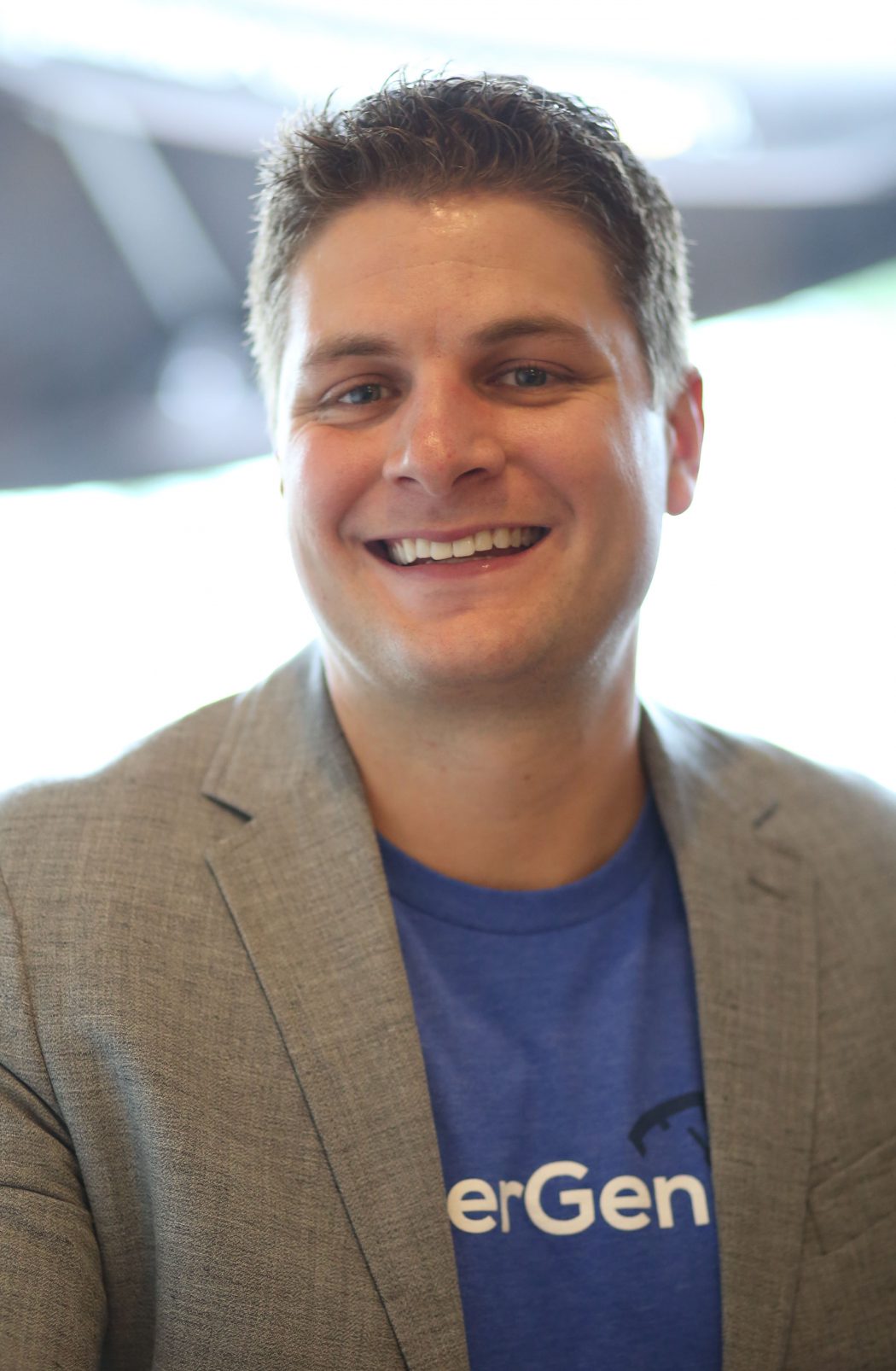 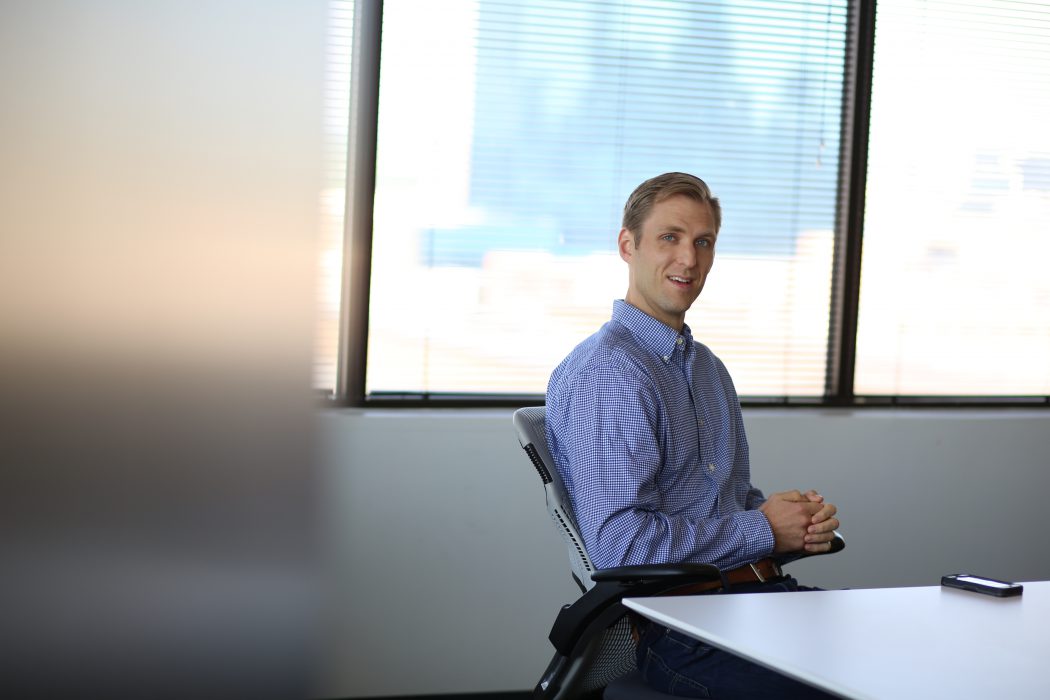 Every Orr Fellow seems to have a moment when things “get real.”

For Greg Slisz ’10, it was a project where he had to create a new process for tracking and managing revenue in advance of Exact Target’s efforts to go public.

For Daniel Purvlicis ’16, it was testing, troubleshooting, and coordinating fixes with software engineers in advance of a product launch at Blue Pillar.

For Ty Benefiel ’08, it having the desk right next to Angie’s List Chief Marketing Officer and co-founder Angie Hicks.

Stating the obvious, and, perhaps, speaking for all three, Benefiel says, “I learned so much. I learned daily what it took to be a successful entrepreneur.”

While each of these former Orr Fellows have gone on to interesting business-minded ventures, none were business-focused when they arrived at Wabash.

“Absolutely not,” says Purvlicis. “I had no idea where I’d end up. I was as green as you could have been.”

The highly competitive Orr Fellowship pairs recent college graduates with host companies in Indianapolis for two years to develop the next generation of business leaders and entrepreneurs in Indiana. It links talent and drive to innovation and adds a dash of mentorship.

“You get that seat at the table. You get placed in those organizations,” says Blaine Cooper-Surma ’09, was paired with Exact Target from 2009-11. The investment you were making to get that level of access was going to serve as a springboard throughout your career.”

And it has provided that bounce. Over the last nine years, 14 Wabash men have earned Orr Fellowships, including nine in the last three years.

The host companies are successful tech startups, keying on success. What the Orr does for a liberal arts grad is build a bridge between the critical thinking, the leadership, and soft skills routinely in the toolkit with the hard skills that are taught in a traditional business-school environment

Being dropped into an organization in those circumstances can be challenging. Both Slisz and Purvlicis still lean heavily on their initial experiences even though they were with vastly different companies.

When Slisz began his Orr Fellowship in 2010, Exact Target had already outgrown the entrepreneurial stage. It was more high growth. The e-mail marketing firm had long been an Orr host company and developed the Catapult Rotation, which allowed new fellows to experience various parts of the business over a six-month period.

In his time there, Exact Target went public and was acquired, which Slisz says, “was good career experience. I got a front row seat to a lot of interesting business things. It was a unique perspective.”

Purvilicis experienced the opposite end of the spectrum in 2016 when he joined Blue Pillar, a firm that helps businesses become more energy efficient through universal connectivity, as it was undergoing organizational changes. Positions were eliminated. Fortunately for Purvlicis, now a full-time Customer Success Manager for the company, he survived.

“It was some hard learning,” he says. “We have to make pivots, and while that was an unexpected side of things, I’ve been through it, understand it, and am better for it. The Orr allowed me to see those things through while not having to worry about having a job.”

The Orr has built influential networks for the participants. Each year, about 40 fellows are brought into the program which means there are around 100 peers to lean on for advice over the course of their rotation, not to mention the contacts with decisions makers within each host company.

“Being able to put myself into a situation and be able to network with peers, with executives — to meet people and get to know them and really build relationships in those environments—that is so important for a career,” says Cooper-Surma, now a Senior Manager Solution Architect with salesforce.org, the non-profit arm of salesforce.com. “Even within an organization being comfortable going up and introducing yourself to an executive and having good conversation. As Orr Fellows, we were exposed to that every day.”

The peer mentoring has become important for Purvlicis. As he explains, a group all similarly minded, of the same age, with similar roles, doing similar things, right out of college has more than proven its worth.

“It might be difficult to be an adult out in the working world, but the fellowship provides you with that immediate core base of people to bounce Ideas off, to live with, and work with,” he says. That core network is something I highly value. I didn’t realize right away that it was going to be as impactful as it’s become. I’ve learned plenty of different things from the people in my class outside of the working world. It’s provided opportunities for personal growth and skill enhancement.”

Benefiel, now the president of Meter Genuis, a app for smarter energy consumers, takes the networking two step farther. Not only does it allow for those personal relationships, but it aids in identifying investors

Through his relationships and experience, two key investors in Meter Genius have ties to the Orr Fellowship. Further, when the time is right to expand, Benefiel’s network will help him identify and hire talent.

“I’m plugged into a network of very talented tech minded people in the various aspects of tech startups — sales, marketing, accounting, finance, who I lean on for advice, and once we are ready, hopefully, hiring them in the future. It’s hard to find good tech talent in Indianapolis, but luckily I know a lot of the really good tech talent and have access to them through my network.”

Looking back, Benefiel didn’t have aspirations of starting his own company. But the experience of sitting next to the co-founder of Angie’s List on a daily basis and learning what it took to be an entrepreneur and the pride that she and Bill Oesterle had in growing a successful company gave him something to shoot for.

Now, when thinking of his own future and where Meter Genius might be in a few years, he issues this sales pitch.

“You can go to Google or Facebook and you’ll do a job that many people have done before you,” Benefiel leaning in for emphasis. “Or you can work at a small startup in Indy and literally blaze your own trail, do a job that’s never been done before. If you like the challenge that comes with learning a ton and figuring out what you don’t know, that can be very fulfilling. Indy is a great place for that.”