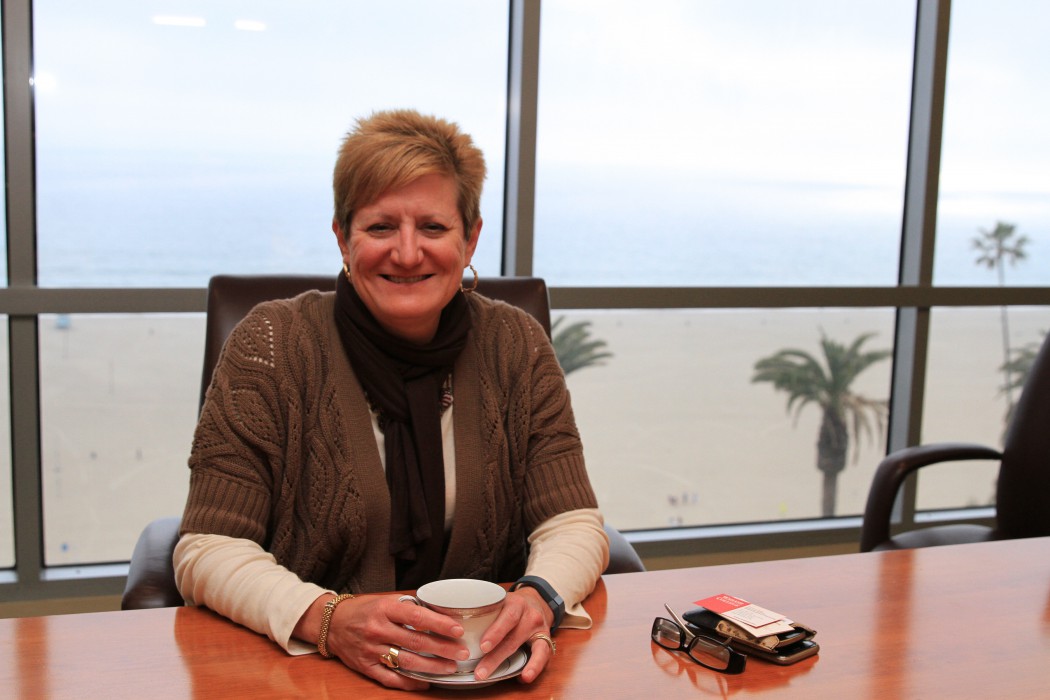 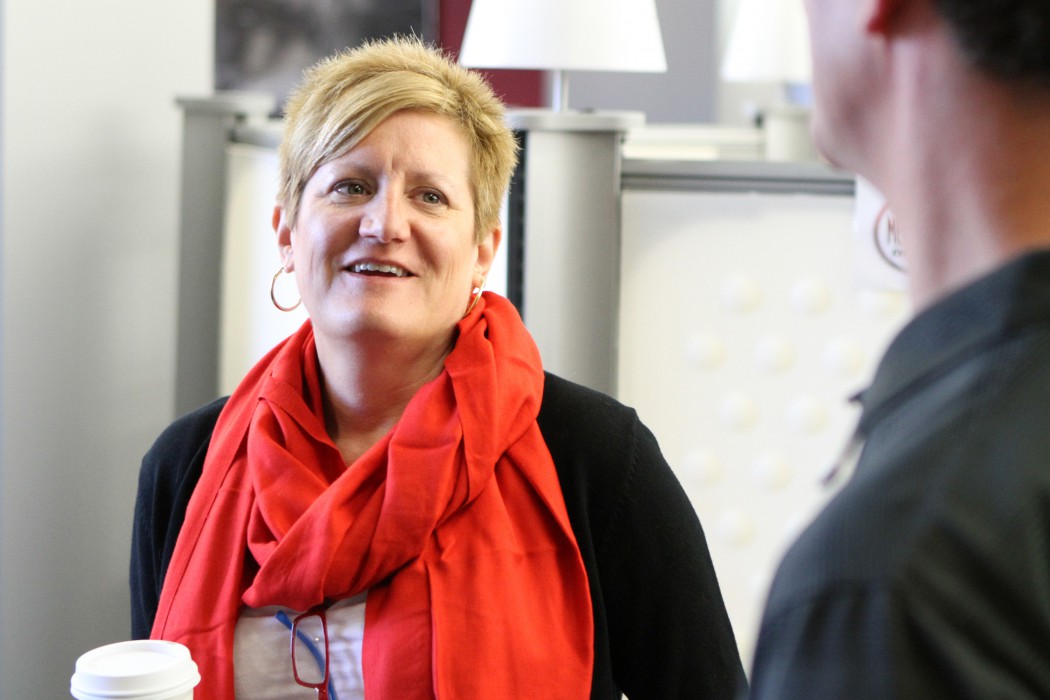 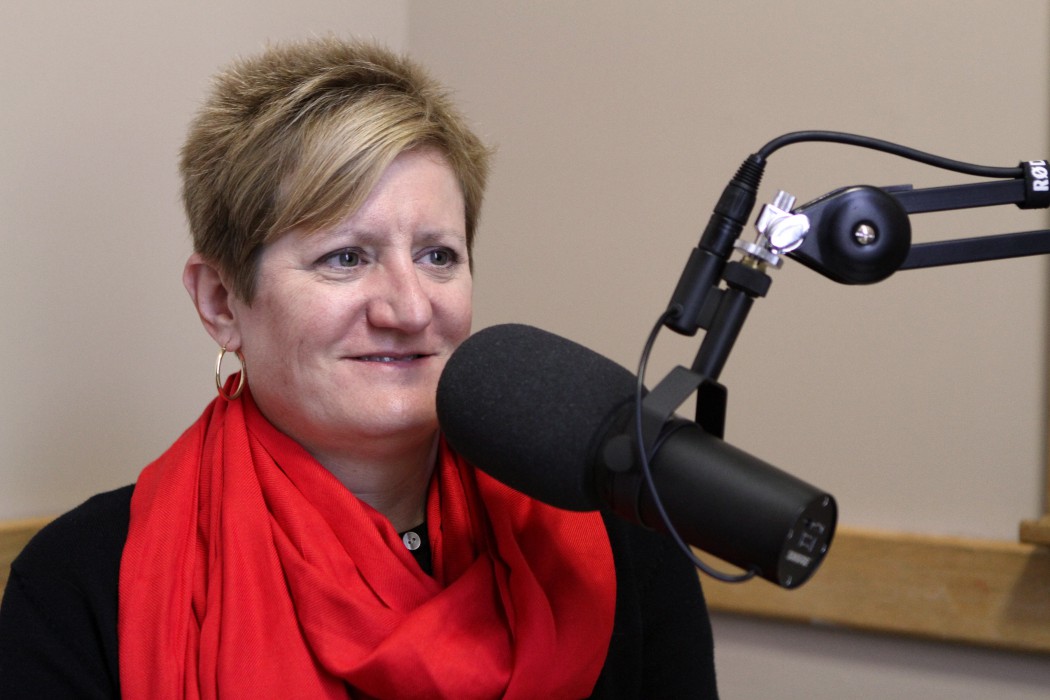 Walsh joined host Richard Paige for a Wabash On My Mind podcast. 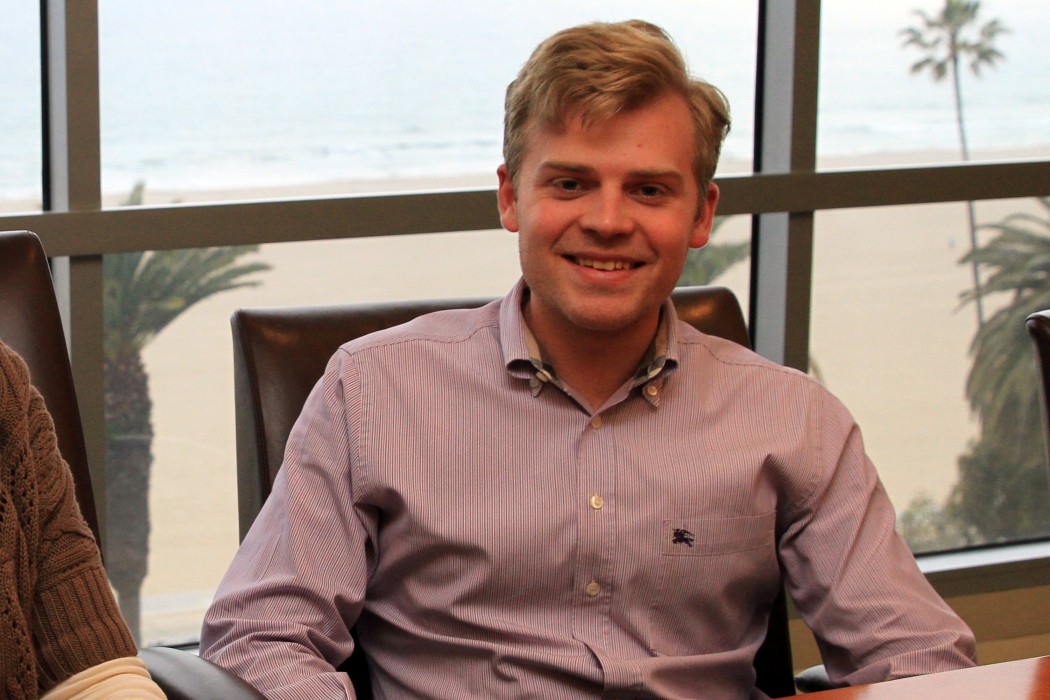 Rob Dyer ’13 is an analyst at Guggenheim Partners. 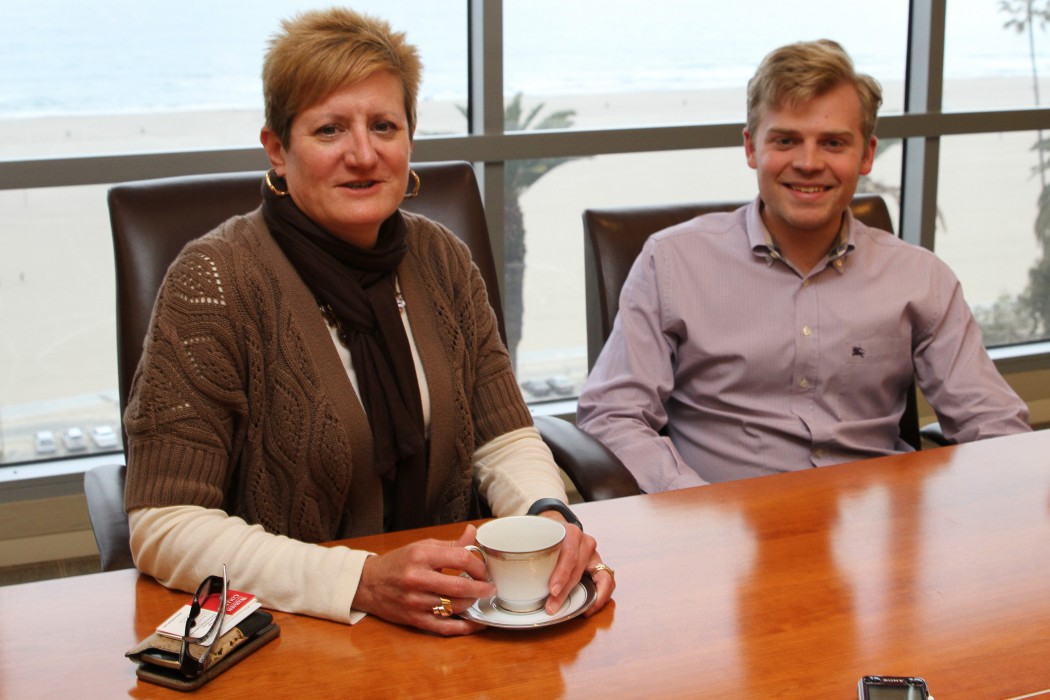 Anne Walsh and Guggenheim Partners take a team and liberal arts approach to investing, and the results speak for themselves.

It’s easy to be bedazzled by the fact that Anne Walsh helps lead a team managing a $2.6 billion bond fund that outperforms nearly every other fund in its class.

What you don’t expect is the way Anne—Senior Managing Director of Guggenheim Partners and wife of Tom Walsh ’73—handles the small talk before sitting down to business in the firm’s fifth-floor conference room overlooking the Pacific Ocean.

She describes the view: “You have the world-famous beach communities to the south of the Santa Monica Pier—Manhattan Beach, Hermosa Beach, Redondo Beach —all the ones you hear about in Beach Boys songs.”

She uses words like lifestyle, ethos, family, and even magic to describe what goes on inside the offices that overlook the intersection where Wilshire Boulevard meets the Pacific.

And that’s when you realize something different is happening here.

Dig a little deeper and Anne lets you in on the secret. In a field full of fund-managing rock stars, Guggenheim uses a team model. Four groups share management of the funds and share in the decision-making process. There is no one person who follows the newsfeeds, does the evaluations, selects the securities, and calls the street.

“Our investment process is unique,” says Anne, a 33-year veteran of the profession. “What we do here is specialize, and it’s that specialization that leads to performance which is repeatable, predictable, and scalable. A lot of investors want the star, but they get the freshman. That’s not what we have here. This is very creative work. We expect our people to think.”

The method championed by Guggenheim CIO Scott Minerd is based on the book Thinking, Fast and Slow by Nobel Prize-winning economist Daniel Kahneman, in which the decision-making process is slowed by including multiple voices. By bouncing ideas off each other and thinking though the process, the Guggenheim Partners routinely avoid the panicked buys and sells that handcuff performance.

There’s an old adage that says “buy low, sell high,” but in the real world, decisions too often follow the movements of the herd. The team approach helps calm the nervousness that comes with the fear of losing money.

“Those are the times when you should absolutely not be making those kinds of decisions,” she says. “Truth of the matter, it applies to everybody, whether you are an institutional investor or an individual. By slowing down the process and diffusing it amongst the team, you collectively end up making better decisions. It’s not unlike a liberal arts approach.”

A defining moment in Guggenheim’s success came during the financial crisis of 2008. Anne says they were one of the few firms to see it coming, and, more important, to act appropriately for their clients.

“What really made this firm, the turning point, was seeing that crisis and acting accordingly in spite of everyone else saying something different. It proved itself during the most stressful time in the market’s history. There isn’t a bigger test. That’s when we began to get attention.”

Anne’s nine-year stint at Guggenheim Partners is the longest since she began in the profession as a 19-year-old at Auburn University.

“I have pride in this amazing team of people who do a tremendous amount of work day in and day out. We work hard to honor the people who have trusted us. A little bit of the chest thumping is due to the fact that we’re doing a really, really good job for the people who trust me and this team, and that means everything to us.”

This article originally appeared in the Spring 2016 edition of WM.