In the pulse-pounding race to make and bring to market medical devices in a dynamic healthcare market, entrepreneur Jim Dreher ’85 relies on a reliable “sniffer,” a great work ethic, and a team he trusts to create “first class solutions to really good problems.”

And then there’s Dash…

On a rainy Southern California afternoon, Jim Dreher cuts through the Westwood traffic in his Mercedes G-Class SUV on his way to meet with a doctor at the UCLA Medical Center. His eyes dart between his passenger and the road as he offers up a brutally honest assessment of what it’s like to be a medical technology entrepreneur.

Between talk of U.S. Food and Drug Administration (FDA) approvals, $5-, $10-, and $20-million outlays, business models, and ethics, I realize this drive mirrors his mission: He’s looking for space. The space where the right opportunity lies. The space down the road.

Dreher is looking ahead.

“People have issues judging the market where they are today,” he says, “but you have to judge it by where you will be when you seek FDA approval. You have to make decisions based on three to five years down the road.”

The founder and managing partner of medical device incubator Option3, Dreher focuses his attention these days on fast-to-market technologies in neurointervention and catheters to access the brain. But during the past 15 years he has founded a number of highly valued start-ups and helped invent and take to market several award-winning devices that improve patients’ recovery and quality of life. He also serves as industry mentor and advisor to this afternoon’s destination, UCLA’s MedTech Innovations Program.

Dreher meets with doctors because he wants to know where the problems are. He’s a problem guy, and a good device is designed to solve a problem. 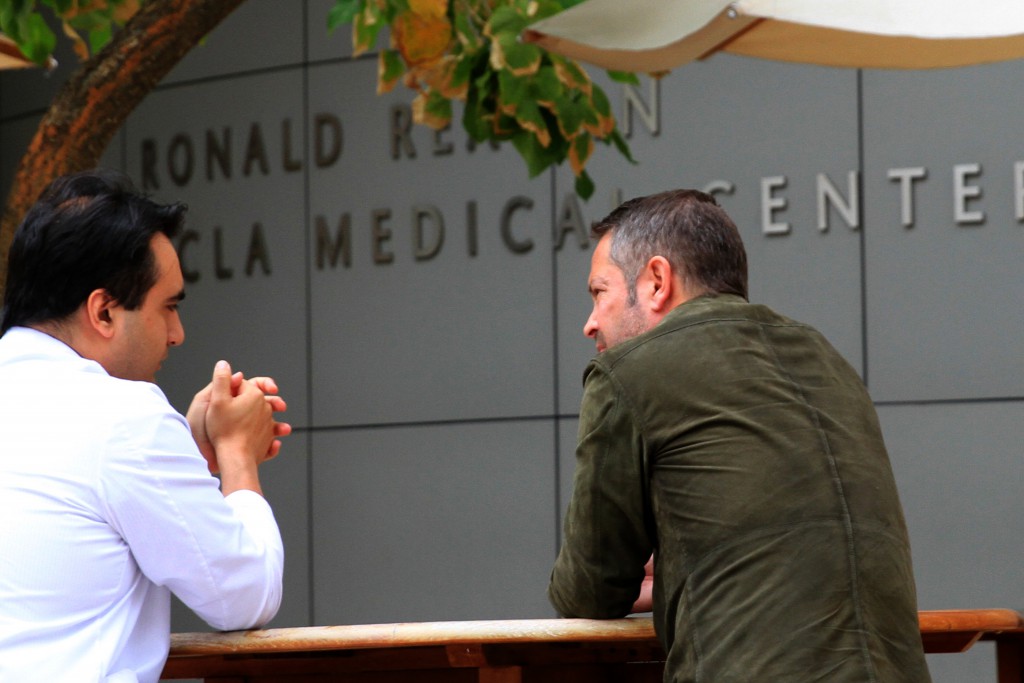 “It can’t be the other way around,” he insists. “You don’t want a solution in search of problem. You understand?

“Finding the right problem to go after is really where the secret sauce is. I am not an outsource manufacturer, nor do I want to be. I want to take the risk of going after an interesting problem, and if I end up with a game-changing solution, then I am rewarded for that effort.

“My world is kind of like playing calculated roulette—the potential for a significant multiple is there if you land on the right spot at the right time.”

Dreher’s drive to find a solution and his ability to “sniff out” opportunities make his approach unique. He’s always searching the space. 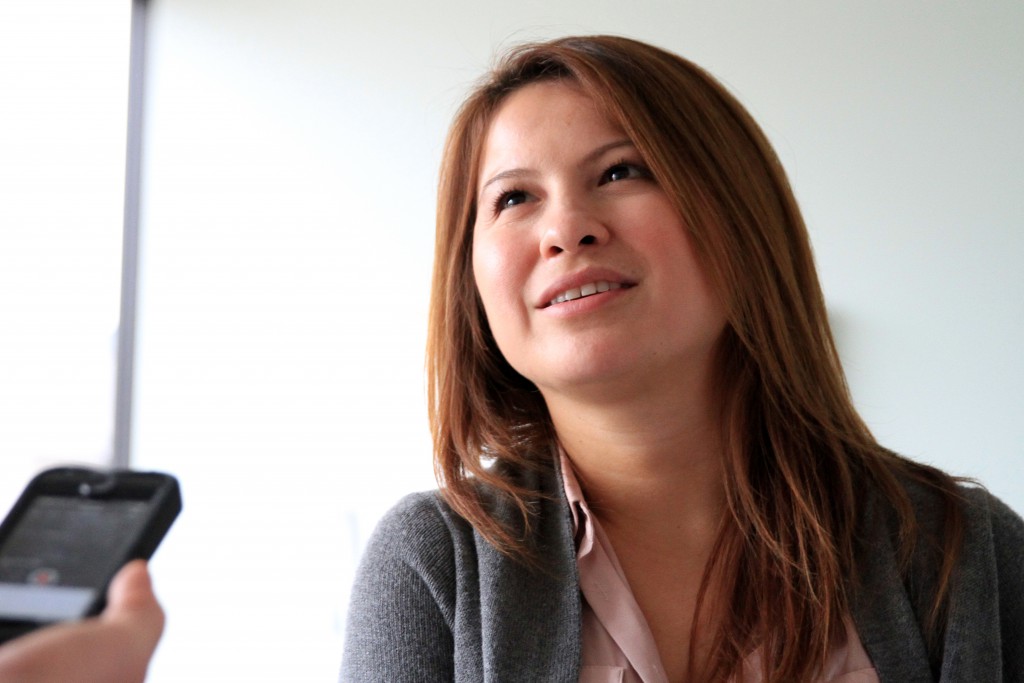 “He has a really good eye and gut feeling for a good business opportunity,” says Jemima Escamilla, an Option3 venture associate who was recruited from the UCLA program he advises. “What I’ve learned from him is the space. He finds those diamonds in the rough.”

“Jim has a special brand of enthusiasm and ability to really understand the technology because of his own intellect, and he dedicates time and energy with physicians and others in the field to really learn the ins and outs of the space,” she says. “He is relentless with the questions and understanding what the real issues are to performance, adoption, and approval of a technology.”

The approach has served him well. Of his 10 ventures, nine have been successful, with one selling in 2012 to Teleflex and another in 2014 to Cardinal Health, and both for handsome profits.

When Dreher senses a problem worth solving, he has a top-notch engineering and research team to work up a solution.

“I surround myself with amazing people,” he says, “We’re basically a consortium of independent contractors. We’re partners.

“I am and will always be the dumbest guy in the group. They’re brilliant, but they want a guy who is charging ahead and goes in with his guns blazing. I’m okay being that guy.”

He has the confidence to let his team run with ideas.

“They come up with a lot of first-class solutions, because we don’t put blinders on ourselves. I don’t want preconceived ideas. Give me a problem, a really good problem, and if I let my guys run, I know they will solve it.” 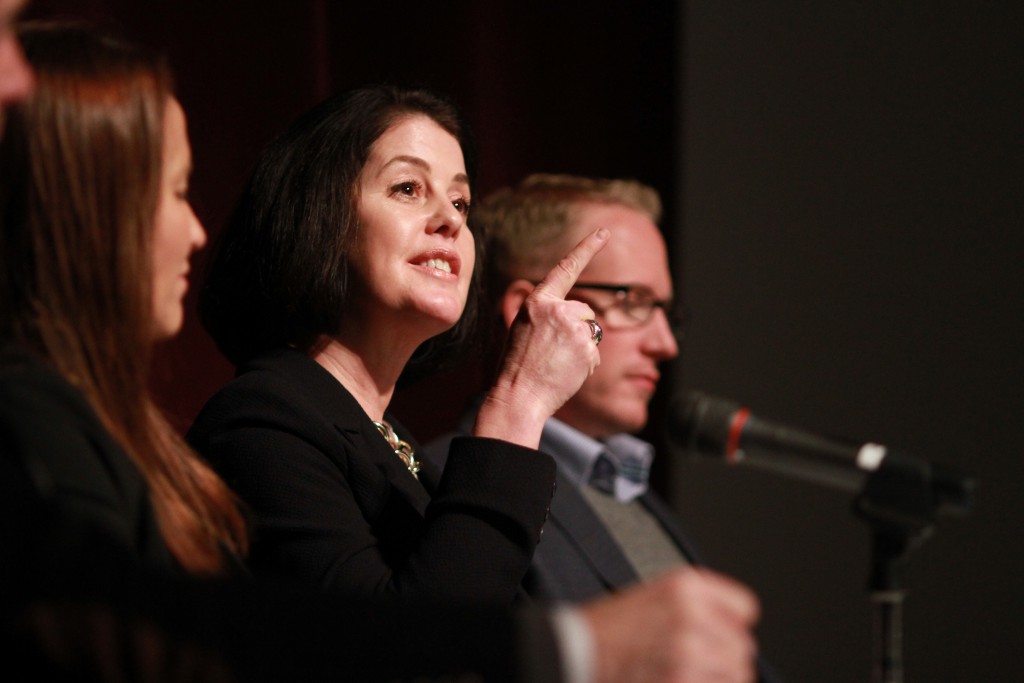 “The people on both sides of the table—the builders and the investors— are nearly as important as the relevance of the technology or the end product,” says Enxing Seng. “Jim’s work implies a high level of trust and transparency, integrity and work ethic, and when you have experienced these qualities in people, the loyalty comes because you want to work with them again and again.”

Dreher and the doctor talk for more than an hour at a picnic table outside UCLA’s Ronald Reagan Medical Center, then we head for the Option3 office on Wilshire Boulevard. It’s wood and plaster unpretentious: One large room with a couple computers and a small conference room in a space shared with an accounting firm. Escamilla’s small dog greets us at the top of the stairs.

Wearing a pair of faded jeans, a nondescript green button-down shirt over a gray T-shirt and a well-worn pair of Salomon shoes, Dreher introduces me to his associate and the folks in the accounting firm. The intensity of the drive eases into friendly banter as he reminds others of upcoming meetings and gets an update on research. They’ve got some catching up to do— Dreher spends most of his time on the road.

“Basically, what you see is what you get with him,” Escamilla says. “This is what he’s like all the time…really high energy and always very excited about finding the next opportunity. We’ve got a million things going on.”

As we finish the interview for this story in the conference room, Dreher finds a bottle of wine and begins telling stories, a couple serious, a couple hilarious. The accounting staff borrows a corkscrew from the neighboring P.F. Chang’s and scrounges up some snacks.

Dreher says he surrounds himself with good energy. His company names all have meaningful connections. His brother Scott’s son, Robbie, was an English Premier League soccer fan, and after Robbie’s death Jim named one of his ventures HotSpur Technologies after his favorite club.

He claims not to be superstitious, but the entrepreneur is not about to change procedure: “I believe naming a company is important. I like those regions. I dig nature and energy and things associated with loved ones. There must be something in the water because it’s working for us, and I don’t want to change things.” 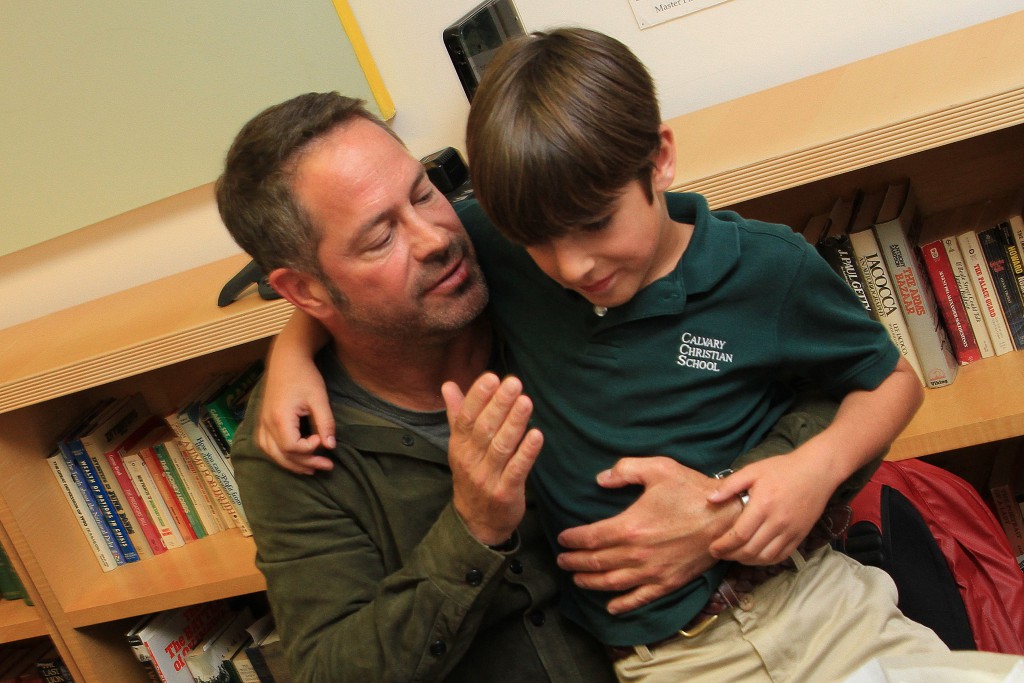 Dash greets his dad at the office.

Dreher’s son, Dash—named after author Dashiell Hammett—rushes into the room and hugs his dad. It’s obvious he has the run of the place. It’s also obvious Dreher gets a lot of his own energy from the eight-year-old.

“You should know he is the real CEO of Option3,” Dreher told me earlier. “His schedule and what he wants to do define what I’m doing. He’s an inspiration. He’s very aware— he knows we work on new inventions and that we’re helping people. He sits in on some meetings, meets some of the UCLA kids that come over, some of my engineers.”

It’s part of Dash’s education, Dreher says, and dovetails with his own philosophy.

“You are what you eat. If you hang around smart people, it’s gonna rub off. So he’s exposed to this.”

He smiles as he recalls a recent meeting Dash sat in on with Indiana Biosciences Institute CEO Dave Broecker ’83.

“I tell Dash that not only is Broecker an inventor, but he’s the greatest quarterback who ever graced the halls of Wabash. Dave shares with him the patterns and the plays—Dash is overwhelmed.”

It’s after 5 p.m. when we wrap things up— Dreher calls an Uber for me, prepays it, tip included, and thanks me for coming. Then he turns back to the office and Dash, and the only space left to find after days on the road is the one he’s been looking forward to all day— home, a pizza, and a father-son movie night.

Little Bit of a Wild Card

Dreher worked at Johnson & Johnson and others for more than a decade before stepping out on his own.

“That only goes so far in a large corporation.”

A Stanford cardiac surgeon brought Dreher into his start-up, and he’s never looked back.

“I think it was a natural fit, though not without its ups and downs. It’s like a hockey game without referees. In the big companies, you’ve got referees. But here it’s like you’re refereeing yourself. Everyone is refereeing themselves.

“It wasn’t about money. I wanted to impact the direction of a business. To know if I make a decision, is it a stupid one, or a good one. It was about whether or not I had good thoughts.”

In a half-hour conversation about what students need to be entrepreneurs, Jim Dreher uses the word “resilience” more often than a Brené Brown TED talk.

He says you earn that at Wabash and the business world.

“Everything I’ve been a part of has demanded resilience and patience,” he says. “Pride-swallowing experiences, if you will.”

“Wabash is not an easy school—not just academically difficult, but the environment is difficult. We have no outlet here as men than to give each other shit, right? You have to push back here. You can’t hide here. You have to have the integrity to deal with it. I think that makes for a very resilient graduate when you get through.”