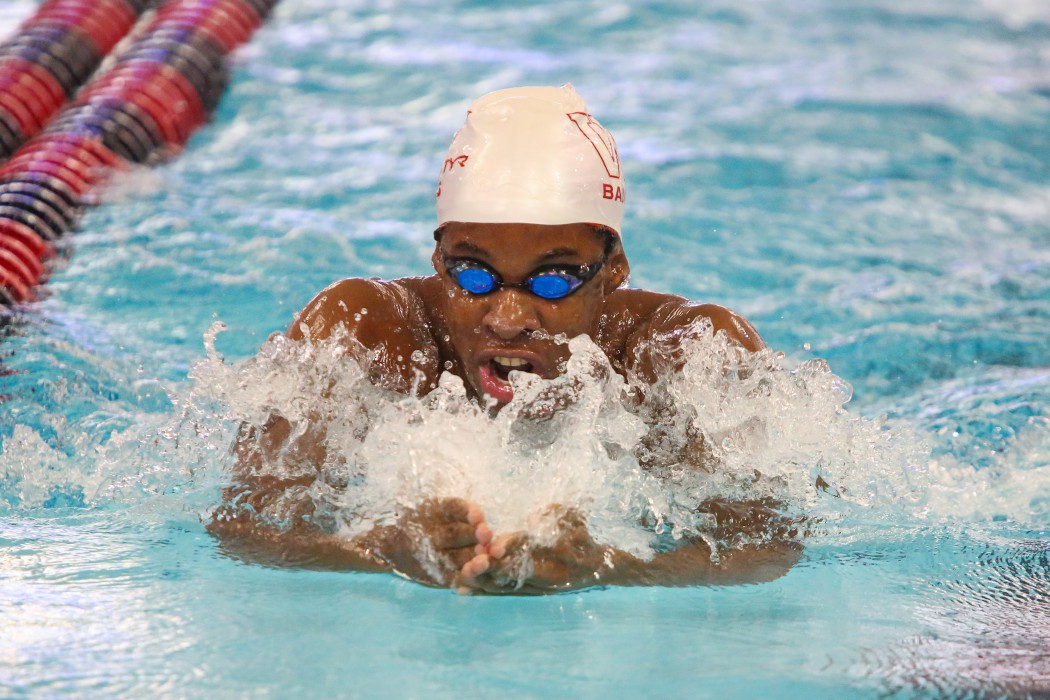 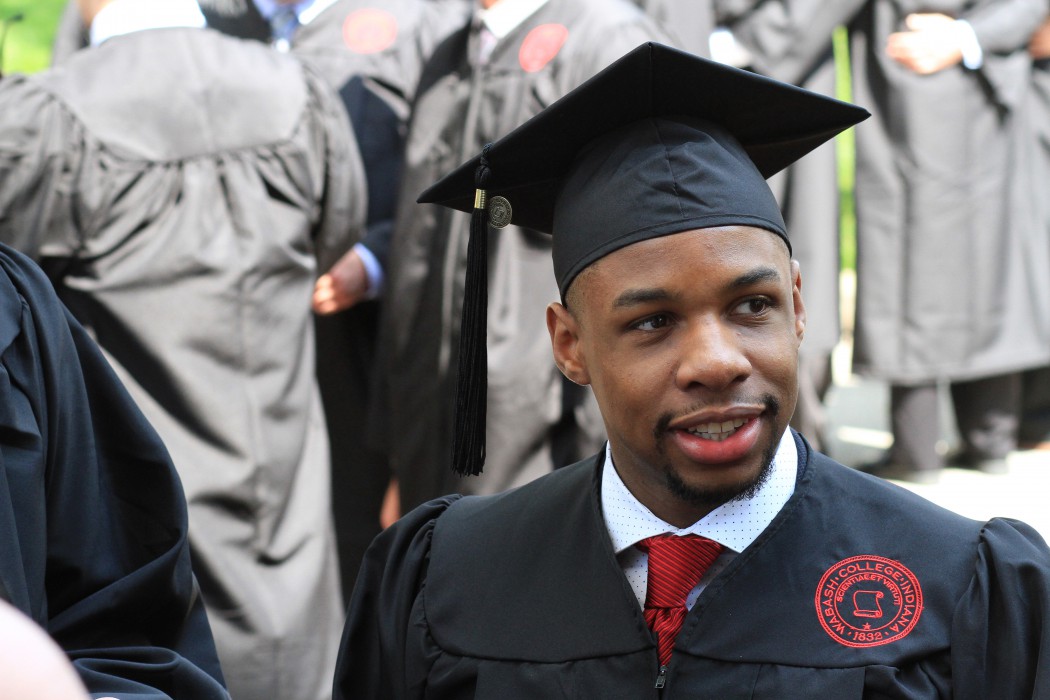 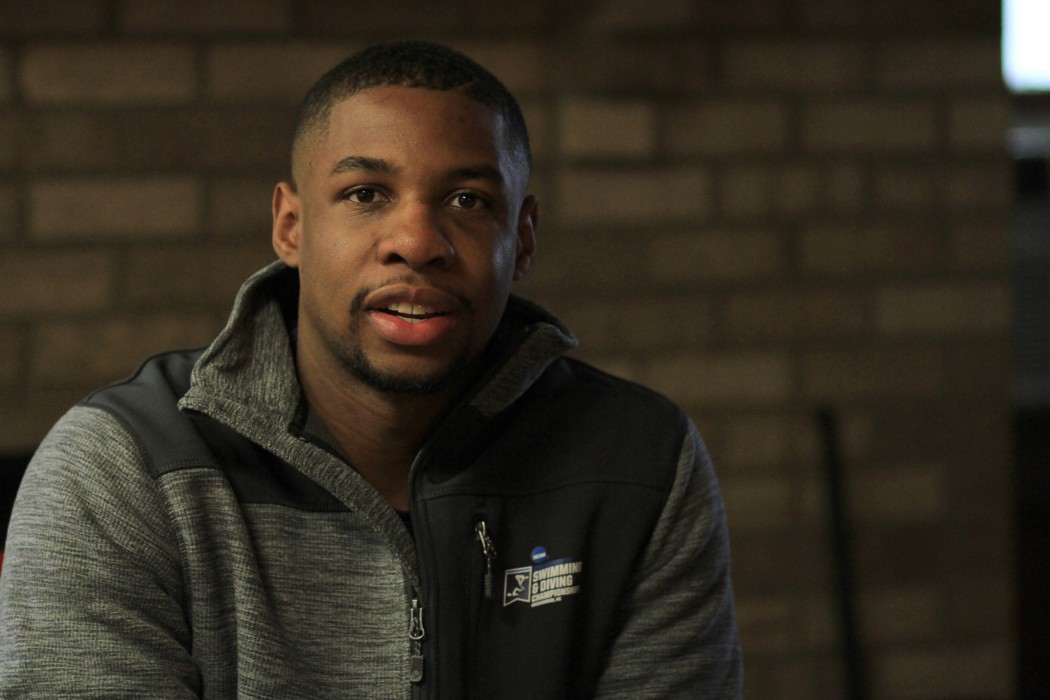 “Going For the Wall”

On the Friday before Commencement, WM sat down with Zechariah Banks ’16— the religion major/political science minor and two-time All-American—to discover what drives this swimmer who broke seven school records during his career at Wabash.

You transferred to Wabash from Indiana University after your freshman year. Why?
The swimming program was great there, but I was going the wrong direction academically, not really focusing on school, just hanging out.

I felt secluded, restricted. It just wasn’t the right fit. I was never looking ahead—just living for the moment.

Wabash had been my second choice, so after I left IU I called Coach [Steve] Barnes and asked if I could transfer.

Was IU to Wabash a difficult transition?
Academically it was tougher, but three of the guys I swam with at Carmel High School—Elliot Johns ’16, Clayton Highum ’16, and Jack Belford ’16—were here.

So the curriculum here was harder, but for some reason my grades shot up. I felt more driven, more focused. I was surrounded by people who were like-minded.

The best thing that Wabash did for me was to give me a better trajectory in life—pushed me in different directions, helped me explore what I really wanted to do, and what I needed to do to get there.

What’s the most difficult challenge you’ve encountered in your life?
I got hit by a car when I was in 5th grade—shattered my pelvis, broke my femur in half. We were on a field trip to Cincinnati, it was after the Reds game, and I was walking across the street in Harrison, OH, the last person in my group.

I don’t remember it—I do remember being in the helicopter, being in the hospital.
I had to relearn how to walk. That year I had been running cross-country, playing basketball, I was sidelined for about a year.

Is that when you began swimming?
No. I started when I was younger. My mom is a dentist, her practice is near downtown, and she knew an instructor at IUPUI in that natatorium.

[But after the accident] my doctor told me that swimming would be the best physical therapy, and that’s what got me back in the pool.

Did that recovery instill your work ethic?
I’d say my work ethic helped me get through the rehab, and that made my work ethic stronger. I just had no other option but to do what I needed to do to get back to where I wanted to be.
You and your fellow seniors broke 15 school records, and you’re the first Wabash All-American in swimming since Grant Comer in 1996. It’s a team sport, but you compete individually.

What has been your favorite Wabash moment?
Just hanging out in the Swim House at 33 Harry Freedman Place. We’re really close.

If a picture is worth 1,000 words, what are you doing in that picture?
Helping people. I feel like I’ve been blessed and helped a lot in life. Countless people have helped me. People talk about being a self-made man—I feel like it’s kind of hard to be a self-made man, because other people are always helping you.

The swim team gives lessons to kids during the year—has that been part of the “helping” picture?
We see ourselves in the kids, when we learned how to swim. We get to give back a little, and it’s just fun. They really try, and that makes the best kids.

I had one student—Reva Douglas—all four years. She was easy to teach, all excited about learning. Sometimes she’d jump in the water by herself before she could even swim!

Now she can swim all by herself, I don’t even have to be in the water with her. It was pretty cool to see that.

ZECHARIAH BANKS ’16
Major/minor: Religion/political science
Career plans: Law school—“I’d like to go into sports law; I’d like to be a lawyer for the Chicago Bears.”