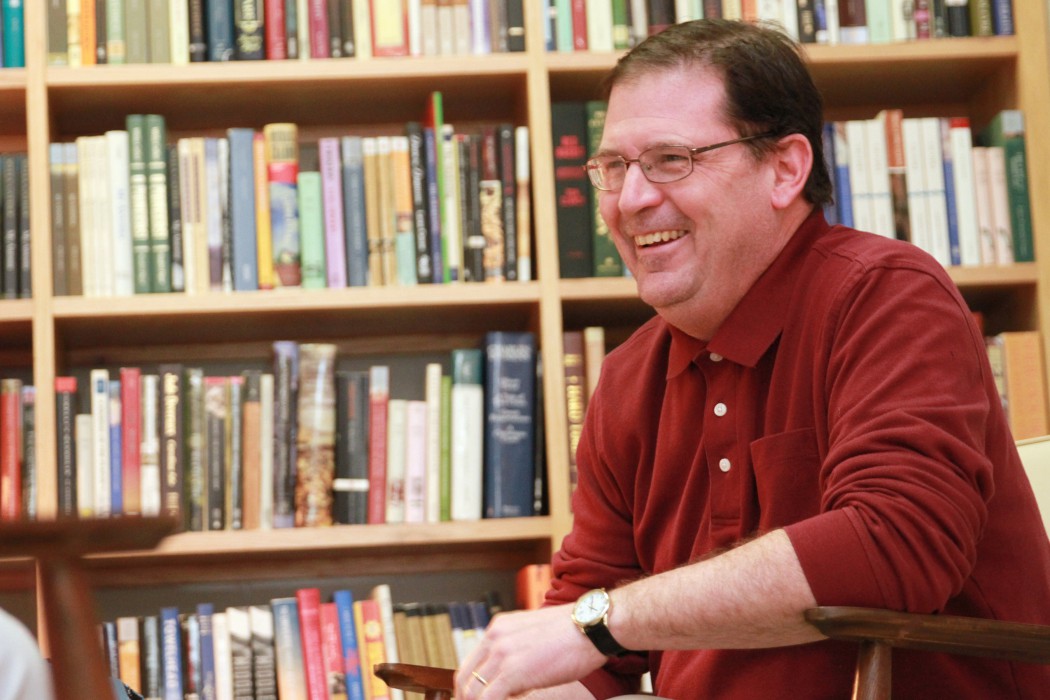 Recorded in the Kurt Vonnegut Memorial Library in March, Whitehead—whose first collection of poems, The Table of the Elements, was nominated for a 2015 National Book Award—talks candidly and passionately about the challenges of being a full-time attorney, a husband, and father, while pursuing his vocation as a poet.

He also reads several selections from the book.

“This idea that you’ve got to get in a big old American car and go across the country and chuck all responsibility [to be an artist] is ridiculous,” Whitehead says. “You can be a writer and still have a full time job and a family.”

“When people ask me how I find time to write poetry, I tell them it’s by not having any television shows.” 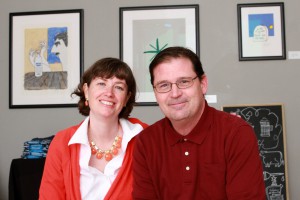 Whitehead is also editor of So It Goes, the literary journal of the Kurt Vonnegut Memorial Library founded by J.T.’s wife, Julia. She was inspired to establish the library after attending the memorial service for beloved Wabash Professor Bill Placher ’70. (Currently in its fifth year, the library has started a Kickstarter campaign to move into a permanent home.)

For J.T., life, regardless of one’s vocation, is about creativity, and he sums it up in terms that reveal the liberal arts mix of philosophy, poetry, and words that stir his life.

“The evidence and the record would suggest that one our tasks on the planet between birth and death is to make stuff up, and to acquire the truth through creative acts and to learn about what it is to be a human being through making stuff.