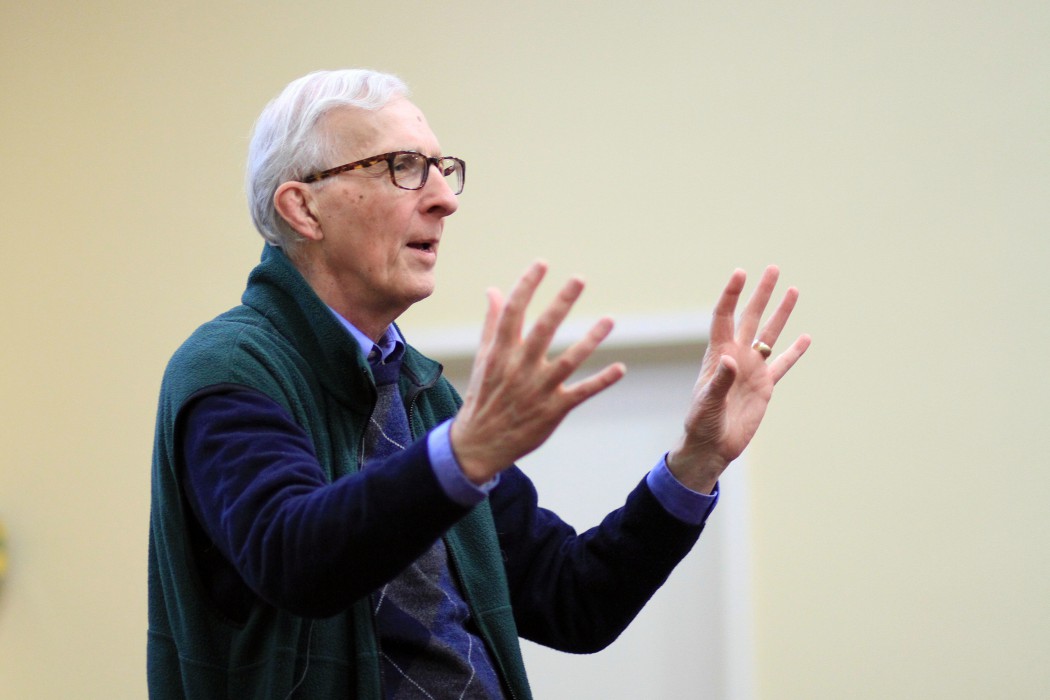 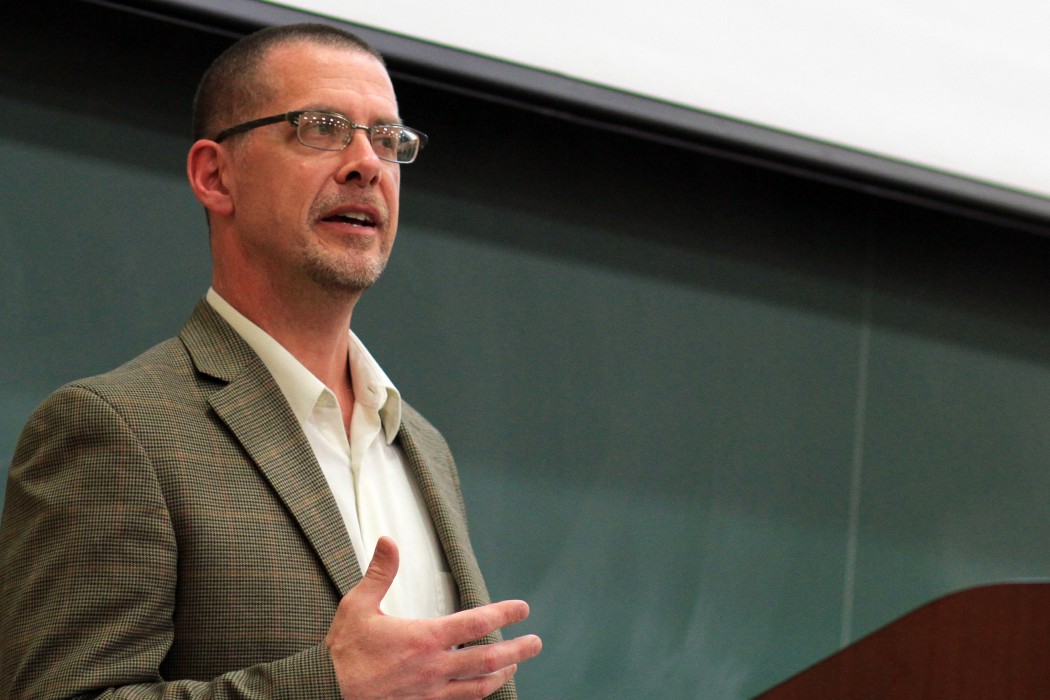 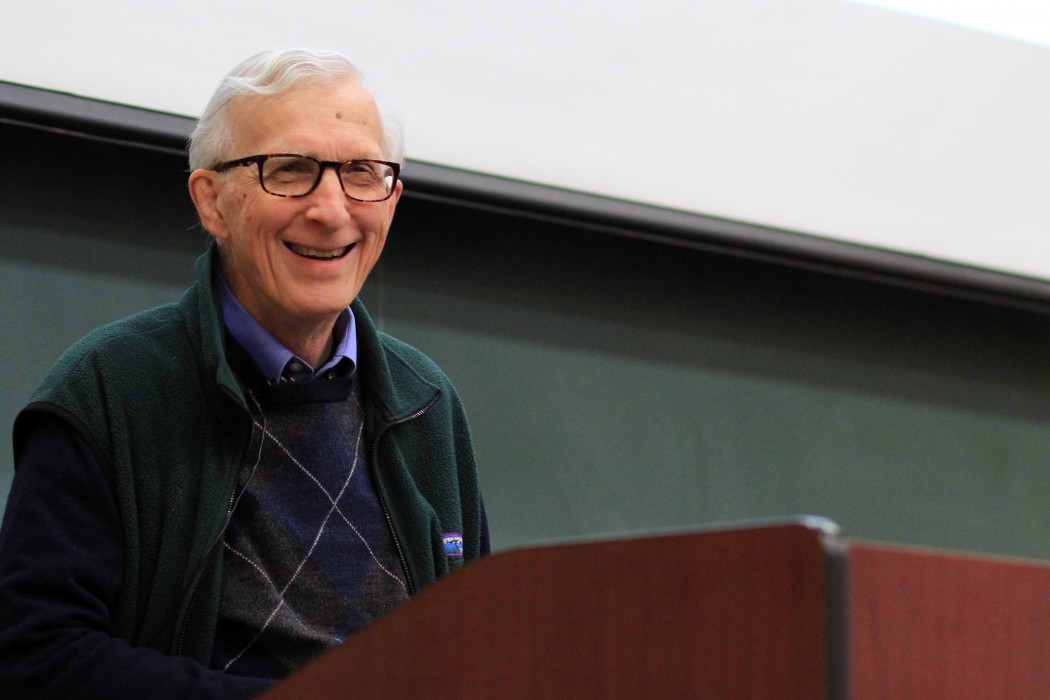 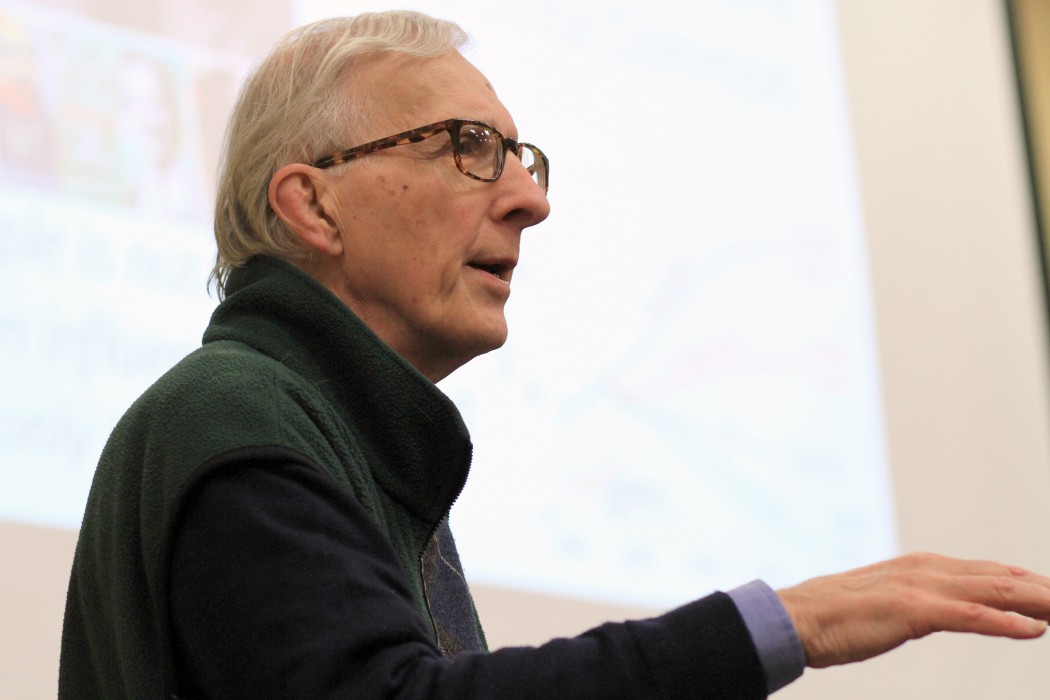 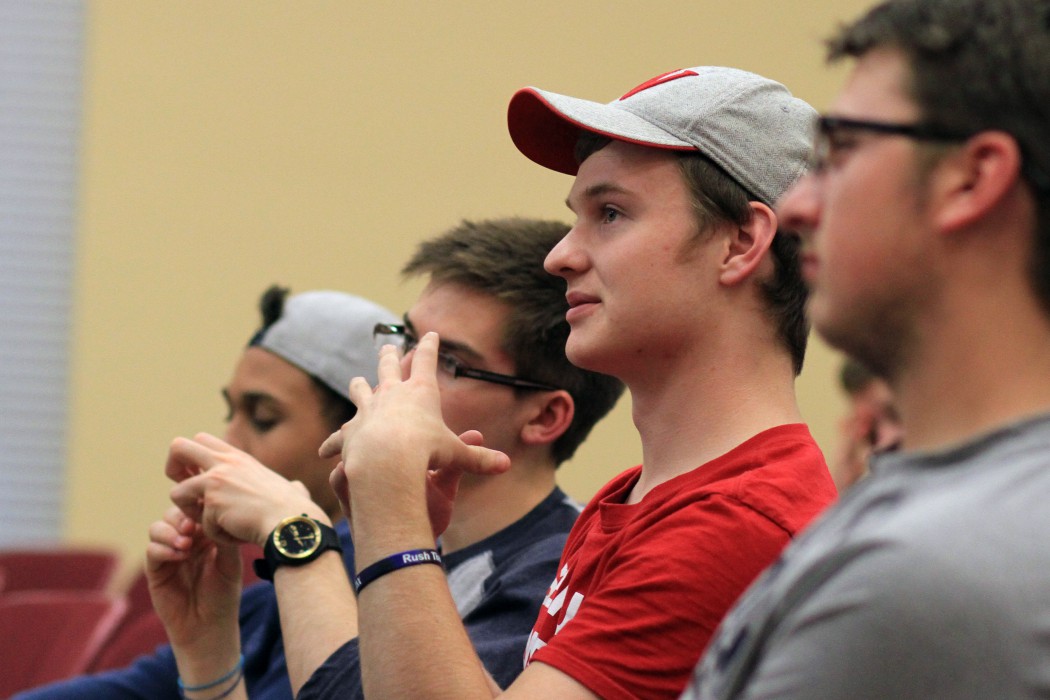 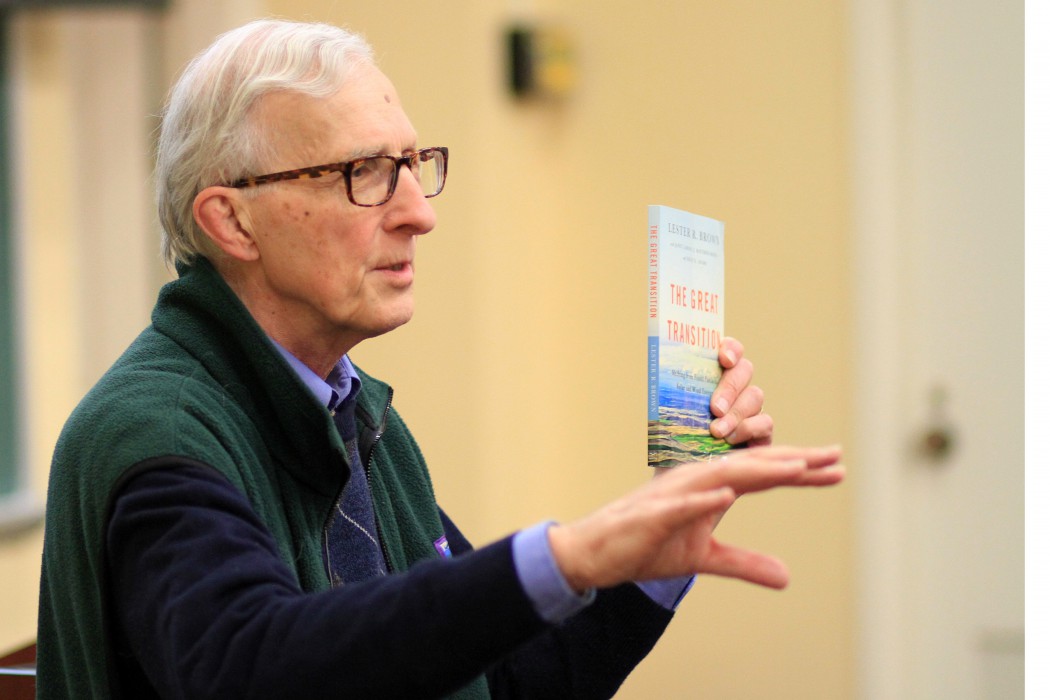 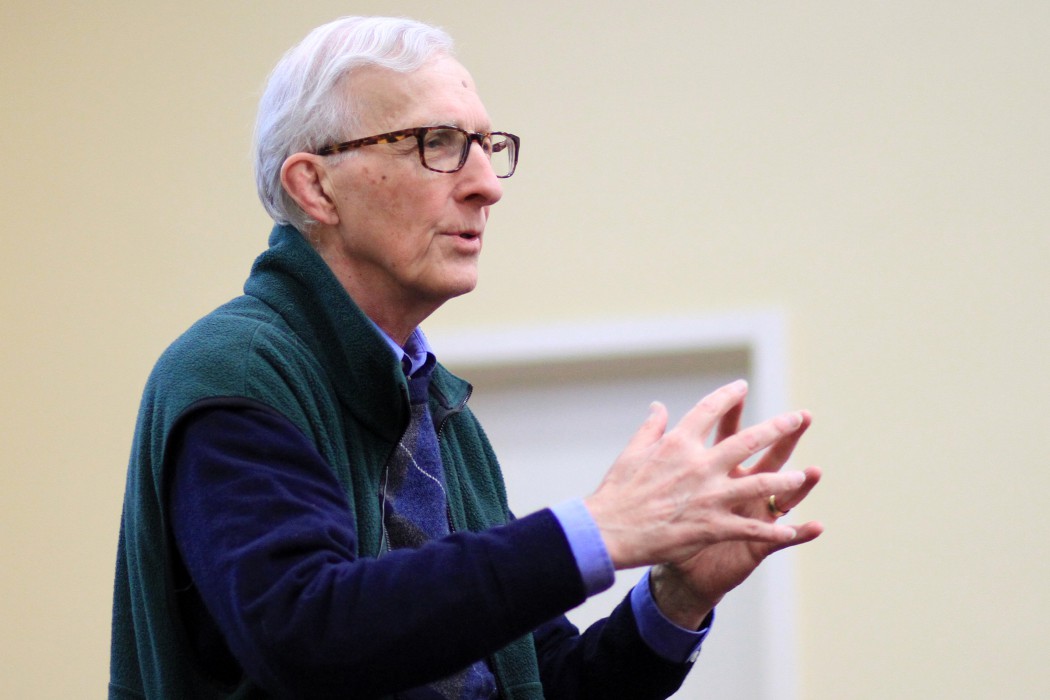 Jay ’63: Climate Change “One of the Grandest Challenges in History”

The Wabash doctor who waged a long and ultimately successful battle against smoking sees global climate change as an exponentially greater threat to global public health.

Speaking on Wednesday in Baxter Hall during the College’s observance of Earth Week, Dr. Stephen Jay ’63— who is Professor of Health Policy and Management at Indiana University-Purdue University in Indianapolis and in 2010 received a lifetime achievement award from the Indiana Public Health Foundation—called climate change “one of the grand challenges in the history of humanity.”

He called the science on climate change “really, really, compelling” and noted disturbing similarities between the “doubt propaganda” put forth by tobacco manufacturers in the1960s and the tactics of nay-sayers on climate change.

“Evidence of global climate change is all around us,” said Jay, who recently helped lead the data-driven effort to shut down a coal-burning power plant in Indianapolis due to its impact on the health of residents in the area. “My wife and I were recently riding our bikes in the Everglades, and we saw firsthand evidence of climate change. We saw water running across trails that had previously been dry forever. We’re seeing the tremendous intrusion of saltwater into the ecosystems in South Florida.

“Americans are already suffering from the impacts of climate change. In  the Chukchi Sea off the coast of Alaska, you find people struggling to survive on what remains of their island being engulfed by that sea.”

In Mississippi the Isle de Jean Charles band of Biloxi-Chitimacha-Choctaw people have become America’s first official refugees of climate change, granted $48 million to re-settle on higher ground after their homeland was increasingly submerged.

He quoted “[Washington Governor] Jay Inslee: “The first generations to feel the sting of global warming and climate change are the last who can do something about it.’

“We are the first generation to fully understand the implications of what’s happening,” Jay said. “And we are, according to the best and brightest of 70,000 climate scientists worldwide, the last generation that can do something about it.

“I would say to the next generation—we have not given you a fair hand—we need new thinking,” Jay told students and faculty. “My hope for this presentation is that you would move from some knowledge to action.”

Jay’s talk was co-sponsored by the College’s Environmental Concerns Committee and the Global Health Initiative.