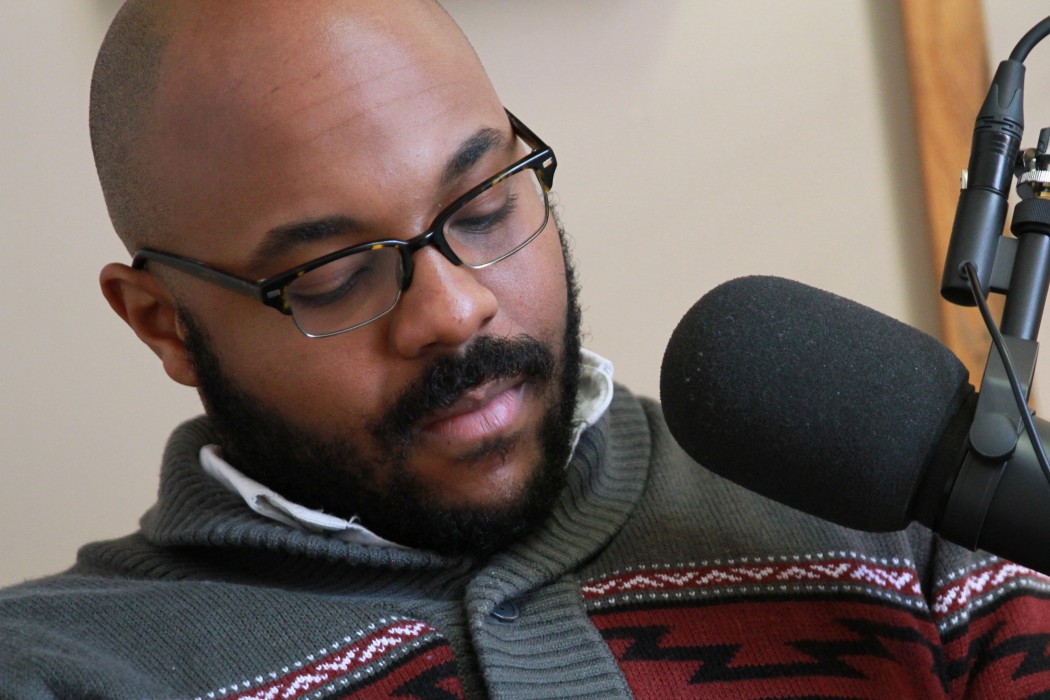 Nate Marshall was recently interviewed on campus for the Wabash On My Mind podcast, which will air March 14. 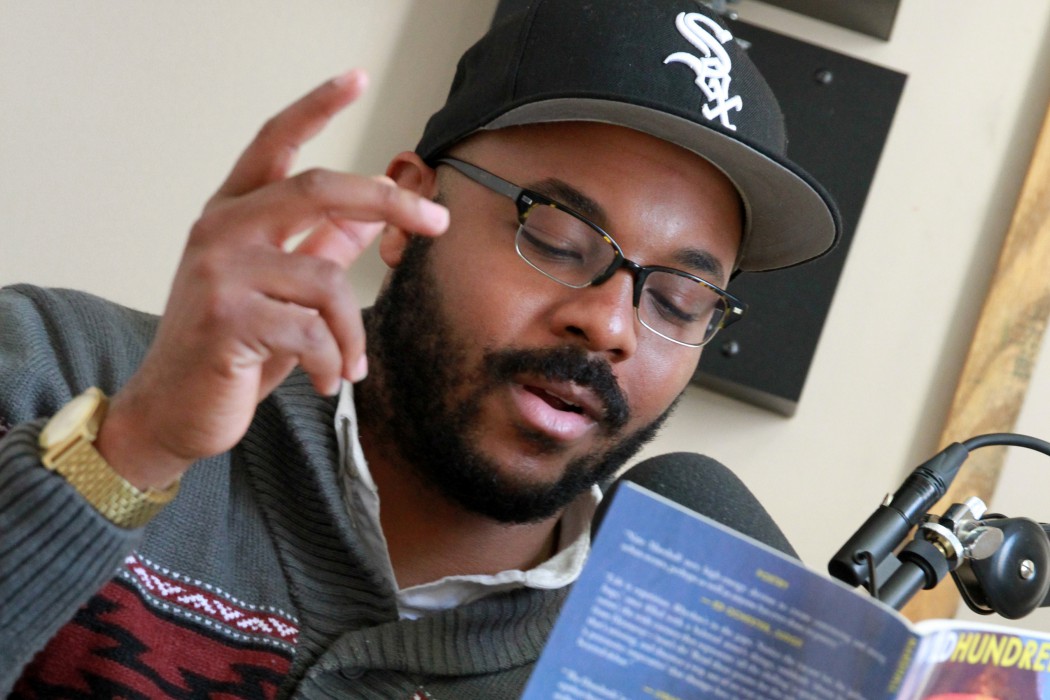 Marshall reads from his award-winning first collection of poems, Wild Hundreds. He'll present a reading at Wabash on March 16 in Korb Classroom. 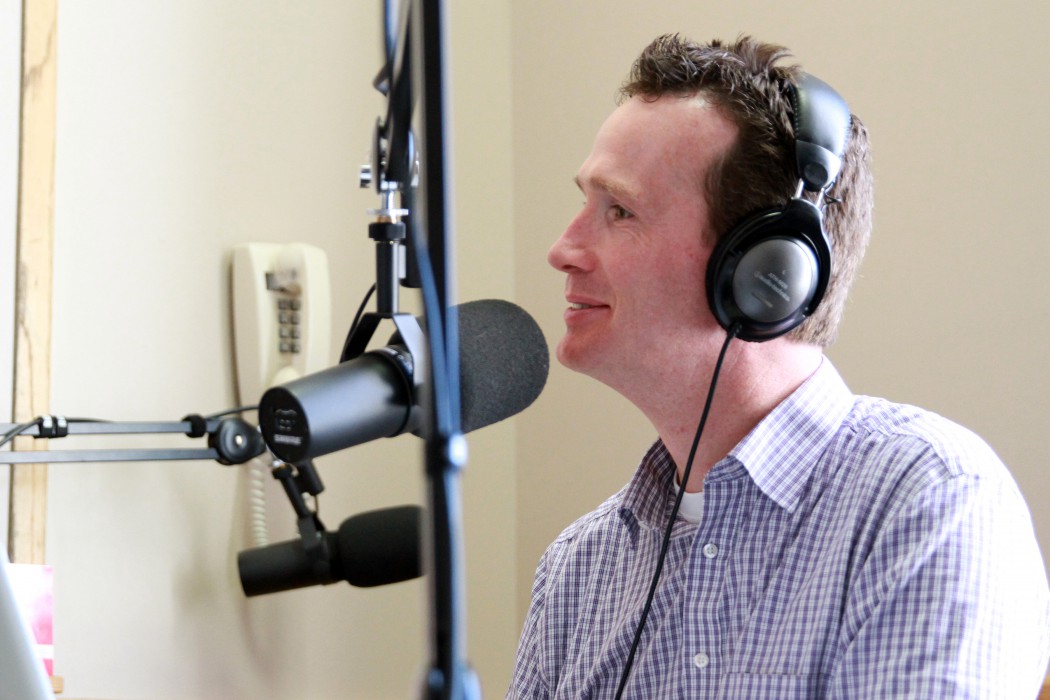 Wabash On My Mind host Richard Paige asked about Marshall's recent trip to Flint, MI for a fundraiser supporting families there. 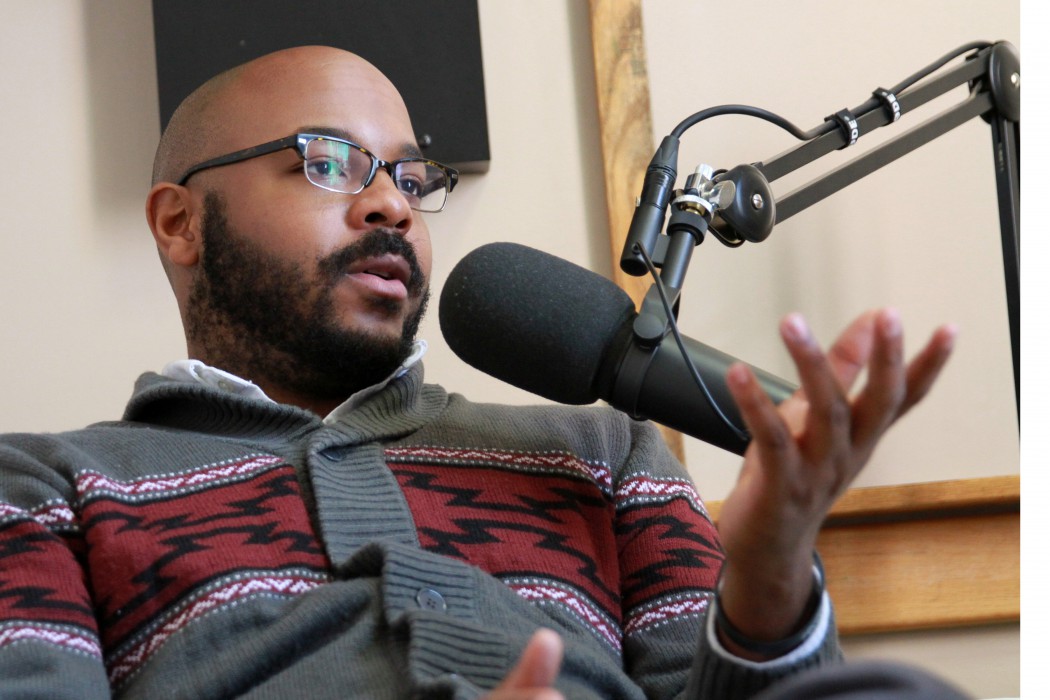 Marshall took three of his Wabash students to Flint with him to get an up-close perspective on the water crisis there. 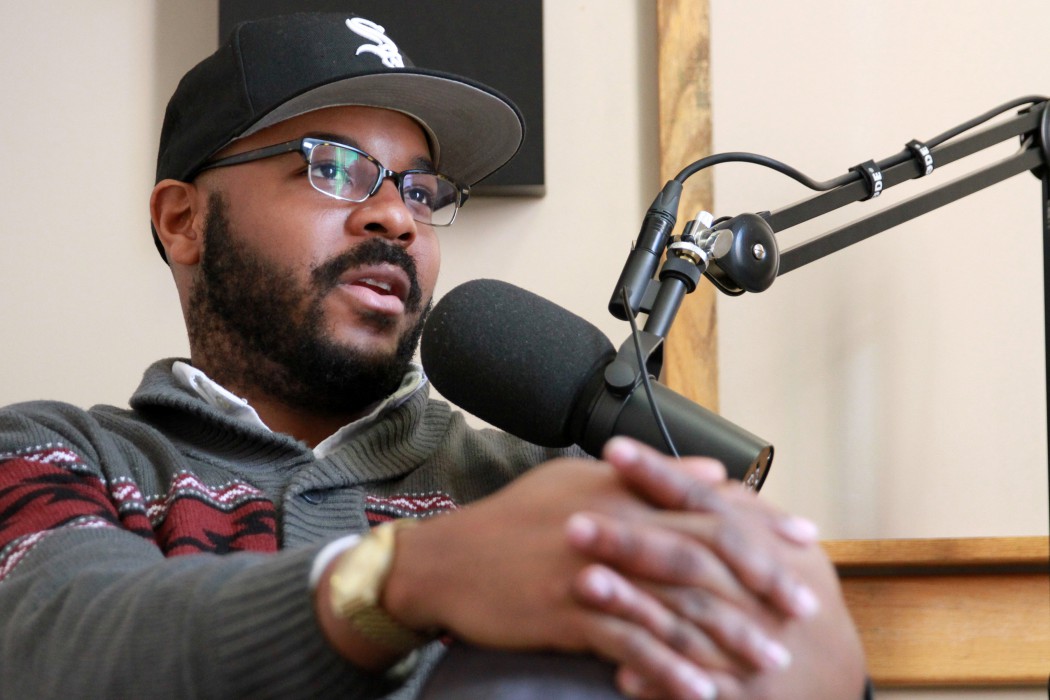 The podcast conversation was wide-ranging… 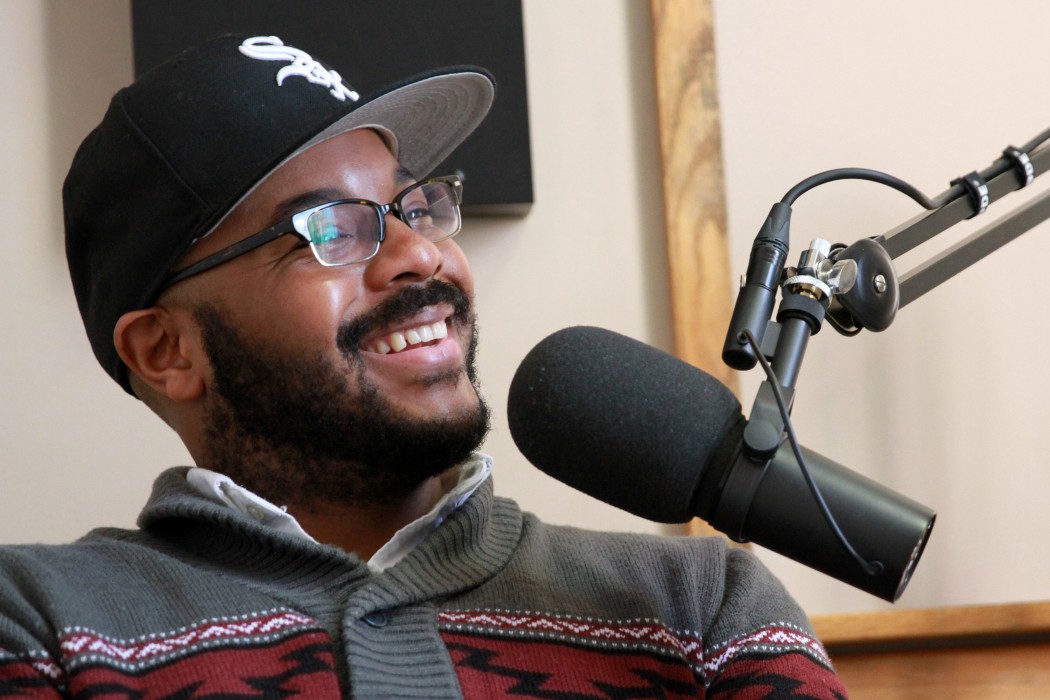 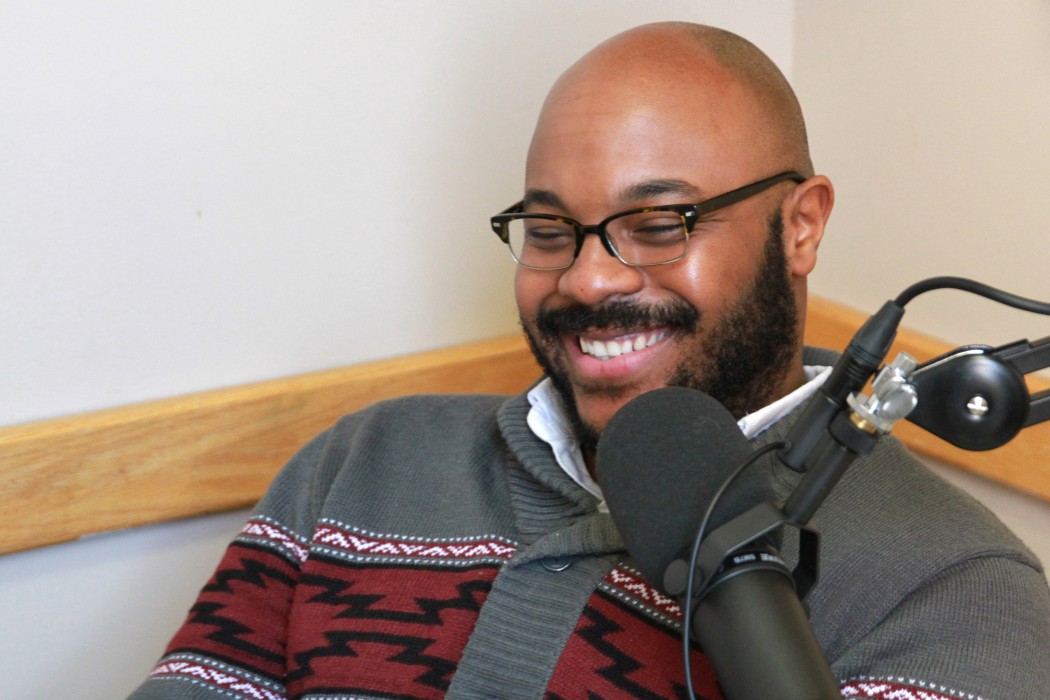 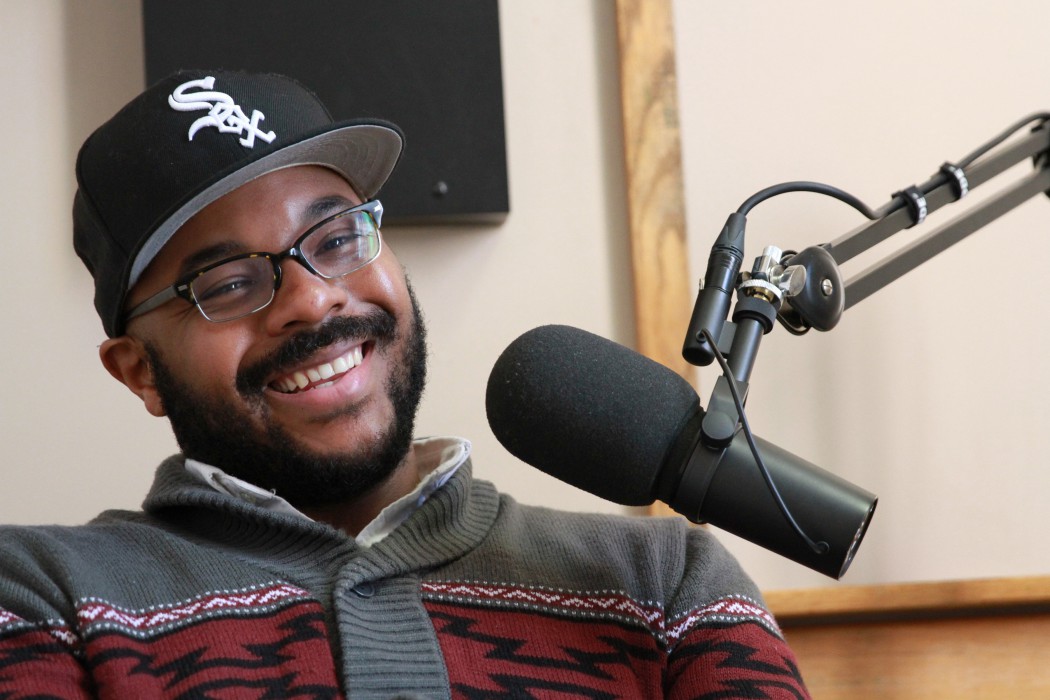 Professor Nate Marshall’s first book is “testament to home, to struggle, and to survival . . . a reminder of the places most people would rather forget.”

VISITING ASSISTANT PROFESSOR of English Nate Marshall may be new to Wabash, but he’s been known nationally since he starred in the award-winning documentary Louder Than the Bomb, which chronicled the world’s largest youth poetry slam.

Now his debut collection of poems, Wild Hundreds (University of Pittsburgh Press), has earned him the Agnes Lynch Starrett Poetry Prize and a Ruth Lilly and Dorothy Sargent Rosenberg Poetry Fellowship from the Poetry Foundation.

In Wild Hundreds, Marshall explores “the perils and praise songs of black lives on the South Side of Chicago, where he grew up.” Publisher’s Weekly calls the book “an insider’s perspective that asks the reader to parse the sociopolitical systems that imperil black lives—not through abstract ideology, but through authentically rendered eyes: ‘every kid that’s killed is one less free lunch, / a fiscal coup. welcome to where we from.’

“Much of the collection takes shape through the voice of a young black man navigating high school, family, friendships, and the physical and mental dangers that surround him as he strives toward manhood.”

The Devil’s Lake literary journal calls the book “A testament to home, to struggle, and to survival . . . a reminder of the places most people would rather forget.”

Marshall is coeditor of The BreakBeat Poets: New American Poetry in the Age of Hip-Hop, a member of the poetry collective Dark Noise, and also a rapper.