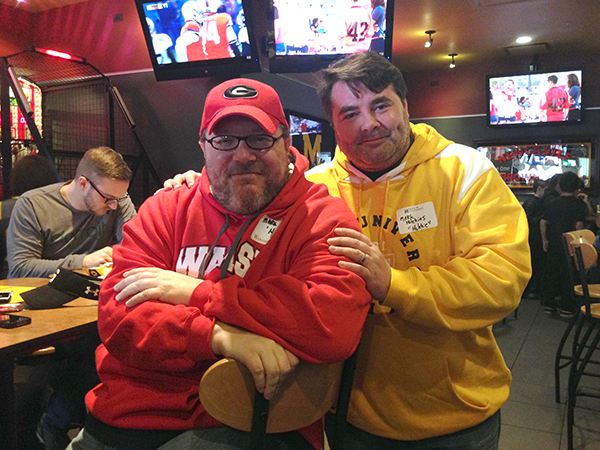 Two Marks—Dreher and Hutchins—have participated in the Wabash-DePauw rivalry for the last five years, despite not attending either school. 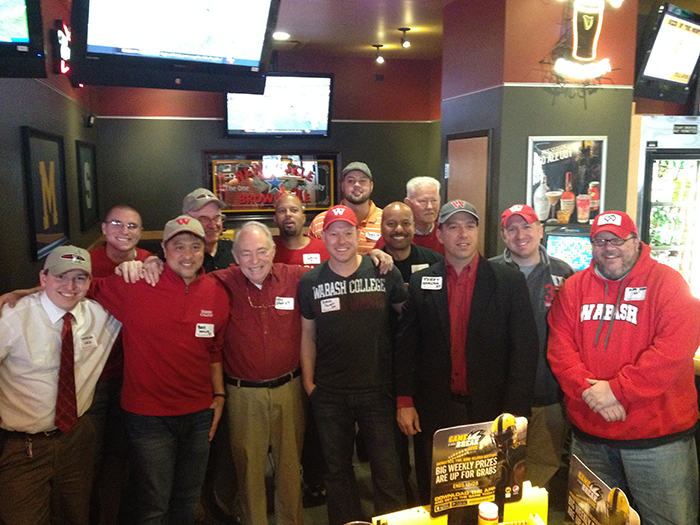 Two Marks of a Rivalry

Emily Hamilton, daughter of Terry Hamilton ’89, discovered and wrote this interesting story about the unexpected ways the Wabash-DePauw Rivalry can affect even those who never attended either school…

Five years ago Mark Dreher and Mark “Hutchie” Hutchins came to their local Buffalo Wild Wings in Troy, MI, to watch Michigan State play. While watching the game, they realized that they were not the only fans there with a big game to watch. Dozens of Wabash and Depauw alumni and their families took up most of the bar area.

“We had no idea what was going on,” Hutchins recalls. “Everyone was really getting into the game and singing the longest fight song I had ever heard.”

Neither of the two Marks were grads of Wabash or DePauw. Dreher graduated from Central Michigan, Hutchins from Michigan State. After listening to Old Wabash being sung countless times, the two decided to do some digging.

“I looked it up after I had gone home and I sent a picture of Wally to [Hutchins] and he sent back a tiger,” Dreyer says. Both men have watched the game for the last five years.

“We sort of hijacked the rivalry,” Dreher says.

This year the two returned to the bar, Hutchins supporting DePauw, and Dreher representing Wabash. Wabash kept the Bell, defeating DePauw 27-3, the sixth consecutive victory for the Little Giants. Still, aside from good-natured kidding, the rivalry seemed to inspire more camaraderie than consternation.

“It surprised us how well everyone from the two schools got along,” Hutchins says.

Emily Hamilton is a sixteen year-old junior at Troy High School. An aspiring journalist, she also plays the flute.