Jim Amidon — Last Thursday, Wabash College paid tribute to retiring faculty and staff who collectively have served the College for nearly 350 years. And most folks around here have little appreciation or understanding of their myriad contributions to the success of the College. 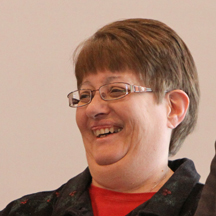 Sure, Bill Doemel’s 40 years as biology professor, computer center director, and leader of Trippet Hall and the Center of Inquiry in the Liberal Arts are, perhaps, well known. But most of the people recognized last week are unsung heroes. They do the difficult, time-consuming work that makes a school like Wabash run like butter.

Kathy Day’s desk in the Business Office isn’t even visible when you walk in the door. But without her attention to detail, the College’s financial books would have holes all through them. Kathy worked as “payment coordinator,” which means she was largely responsible for making sure our partners and vendors got paid for their work. 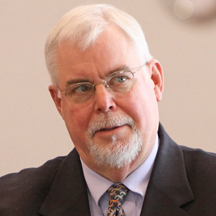 John Culley, a 1969 Wabash graduate, has been the College’s comptroller for two decades. I have no idea exactly what a comptroller does, but I know that each year Wabash’s financial records are carefully scrutinized and audited, and every year John is congratulated for his immaculate bookkeeping. Beyond that, John is a living Wabash history museum/dictionary/fact finder. Got a financial question about Wabash? John could always be counted on to answer it.

Marcia Caldwell and Debbie Bourff have been mainstays in our print shop and mailroom for well over 20 years. Marcia and Debbie have processed (literally) millions of dollars in postage and run tens of millions of copies, always with a smile and helpful suggestion. Debbie also managed reservations for scores of campus rooms and buildings, and is singularly responsible for helping hundreds of people get married in the College Chapel.

Over the years, when I have needed data for public records, I go to the registrar’s office, usually with a poorly worded description of what I need. It never mattered to Linda Wilson, who as administrative assistant to the registrar, was responsible for the safe keeping of our most precious data — the academic records of the College. I’ll miss her helpfulness, accuracy, and efficiency! 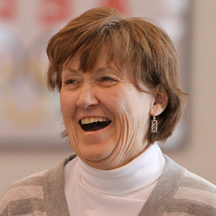 When there have been requests for information stored in our very complicated database system, Datatel, it’s been Kathy Tymoczko who has been able find it. She not only knows the system inside and out, she’s been a national leader and teacher in helping people across the country learn to manage their data effectively.

When our pre-med freshmen show up for their biology labs, everything is carefully laid out the way it should be — from beakers to tweezers to the objects of dissection (not to mention tens of millions of fruit flies). For a student, the work of organizing and preparing labs seems to happen by magic — presto! But for more than 25 years, that work has been carefully orchestrated by Cindy Munford, probably the least-know, most valuable player in our biology department.

Carolyn Harshbarger and Guyanna Spurway combined for well over 60 years of service to Wabash’s Advancement Office. Together they processed millions of dollars in Annual Fund gifts, wrote more thank you notes than you can imagine, and were the behind-the-scenes forces that kept a rapidly changing Advancement Office together for more than three decades.

Carolyn Goff served two presidents as the smiling face and chief organizer of the president’s office. Her careful attention to detail with our Trustees; her ability to manage at least 30 projects simultaneously; and her compassion made her a one-of-a-kind person. 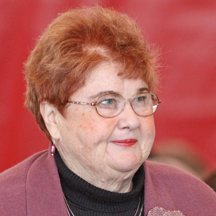 Two of my oldest and dearest friends at the College are Nancy Doemel and Steve House, who are both retiring this month.

Nancy ran the Wabash overseas study program at Aberdeen, Scotland for as long as I can remember, and any alumnus who studied there has very fond memories of Nancy.

I’ve known her best as a colleague in Advancement and, particularly, as an incredibly effective grant writer. Alone, she is responsible for helping Wabash secure more than $30 million in grant funding. No matter what her role — fund-raiser, volunteer coordinator, or grant writer — Nancy was great at her work because of her love of Wabash and her knowledge of its history. 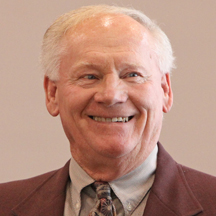 Steve House spent more than 20 years as an assistant football coach. During my time as sports information director, few people were more kind to me than Steve. I thought of him as a father figure, and soon realized that dozens and dozens of Wabash football players thought of him in the same way. I can’t begin to estimate the number of meals Steve and Judy served to football running backs or defensive linemen, but it’s probably several hundred. And keep in mind, those guys eat a LOT of lasagna.

Wabash has thrived for 177 years because of the devotion of a small group of dedicated people. While I’m sure the beat will go on starting in January, in some ways we will be a lesser place after the retirement of these good colleagues, devoted friends, and care-takers of the College.