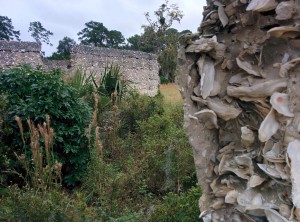 Today was our last day inn Savannah, GA. With it, comes a time for reflection on everything that we have either seen, felt, or experienced during our time here. Coming into this, I had already created an idea of what I would expect. We would take a few trips around Savannah, visit the Sapelo Island, and look at the historic aspects that the city had to offer us. What myself and my classmates came into contact with, however, was an experience greater than what we could have asked for. One key aspect of the trip that I discovered was how much of an impact the African slaves that were brought to this country played in both the creation and growth of the Savannah, GA that we now see and enjoy today. From the construction of the beautiful red brick and mason work of the city, the cultivation of the expansive cotton and rice fields that made South what it was, and the use of the scraps that were given to them to make the infamous “Southern dishes” that we enjoy today. Those groups of people that first came before relied on their belief in the strength of the ancestors and sought to create a destiny for themselves in a land foreign from themselves. Seeing them use ordinary sea shells to create Tabby concrete (a mixture of water, sand, and lime from burning oyster and sea shells) that only survived the force of annual hurricane storms but even the test of time is something to commend and honor. 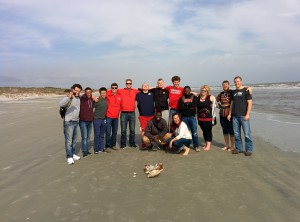 Throughout the trip, we heard  a great deal of honoring the sacrifices of those that came before us and living each day in a way that honors their memory. I found myself moved on one particular portion for the Gullah Geechee cultural tour we took with Dr Jamal. On one part of the tour we were brought to a hallow, brick-walled space on the side of one of the historic buildings. When asked on what might have been the purpose of the space, we answered with responses like “A work room” or “A space for storage”. The later response was correct but what we found was stored there was shocking. These spaces were once used to house the slaves who were brought to Savannah before being sold of as property. And to make matters worse, he told us how a few years ago people had been using them as spaces to park their cars. The place where my ancestors either took their last breath or breathed in subjugation was beyond saddening to me. I left that place not knowing what to think or feel.

Now, as we are about to head back to cold Indiana, I leave with a better appreciation for not only the true history of this country but mine as well. To take pride daily for the sacrifices those that made it so I could be here and not dishonor their memory. I am truly grateful for having the opportunity to go on this trip with an amazing and fun group of guys and professors that had the vision to make this trip a reality.